On his show last night, CNN’s Don Lemon lashed out at Trump supporter Kayleigh McEnany for accusing the media of turning the Orlando shooting into a gun control platform. Despite evidence to the contrary from his own network, Lemon insisted that the media was not pushing an anti-gun narrative. “No, the media’s not trying the make this about guns,” he repeated twice after the McEnany said it. 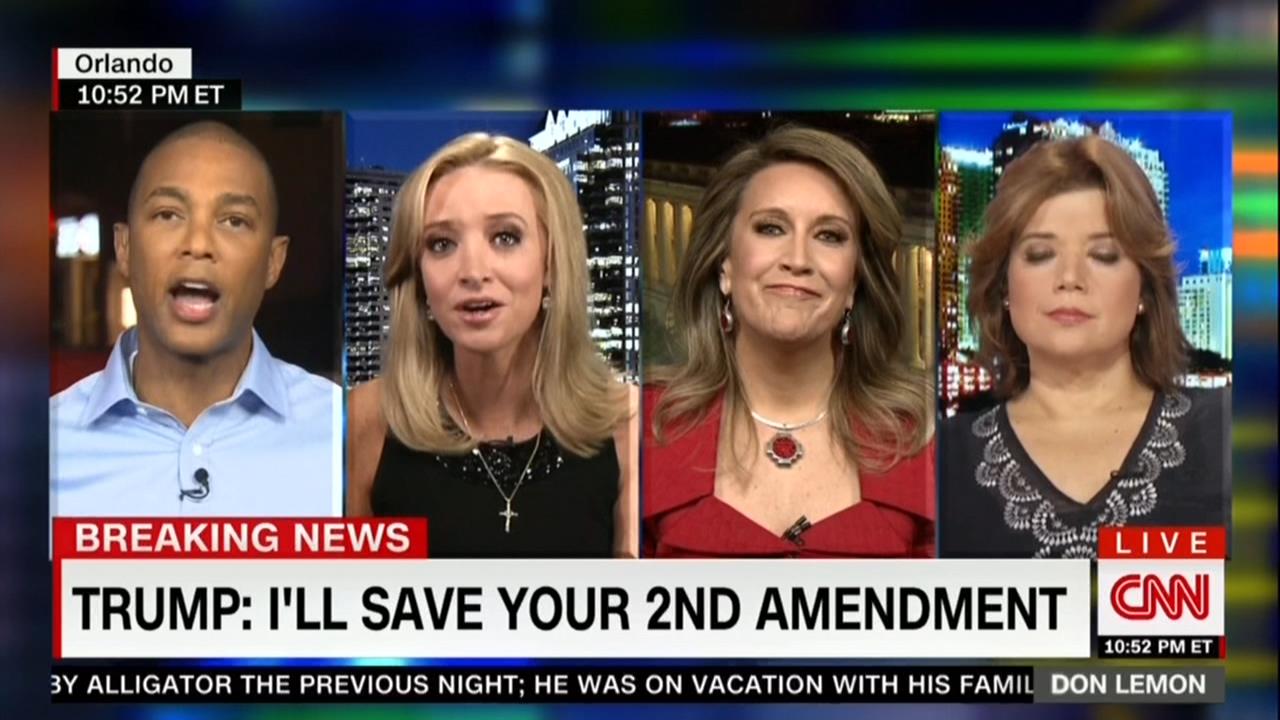 McEnany responded that the defense Lemon gave for Clinton’s actions was just “semantics” and she thought it was a fair point Trump made to bring up. She added:

“[B]ut I really don’t think that’s the point right now Don, because the media’s trying desperately to make this about guns, this is about the Islamic terrorism”

Lemon then cut her off, arguing back-and-forth with her that the media was not making Orlando about gun control.

LEMON: No, the media’s not trying the make this about guns. It’s not---

MCENANY: Yes, you are, because we are having this --

LEMON: Kayleigh the media’s not trying to make this about guns. I am speaking for the family members who I have been sitting down with since Sunday who are upset. Some are Republicans, some are Democrats, some are independents, all of them say that they believe in the second amendment, but they are tired of this partisan bickering as Ana says about the second amendment. Donald Trump says that every turn that Hillary Clinton wants to abolish the second amendment, and if that is a lie, then we are obligated to point it out. It is not true, and you should not come on national television saying it is true when it is not. That is who is making this a partisan thing.

The media’s not making this terrorist attack about guns like they do with every tragedy? Really? Because it seems like that’s all even just CNN has been doing this week. From Chris Cuomo pressing Rep. Steve King about proposing more aggressive gun laws, to Ashleigh Banfield acting flabbergasted that those on the FBI watch list can buy guns, to Carol Costello asking pro-gun grabber Shannon Watts of Moms Demand Action, “Is this the turning point?” There really is no shortage of pro-gun control advocacy in the media.