NB Year in Review: Tracking the Media's Hate for Conservatives 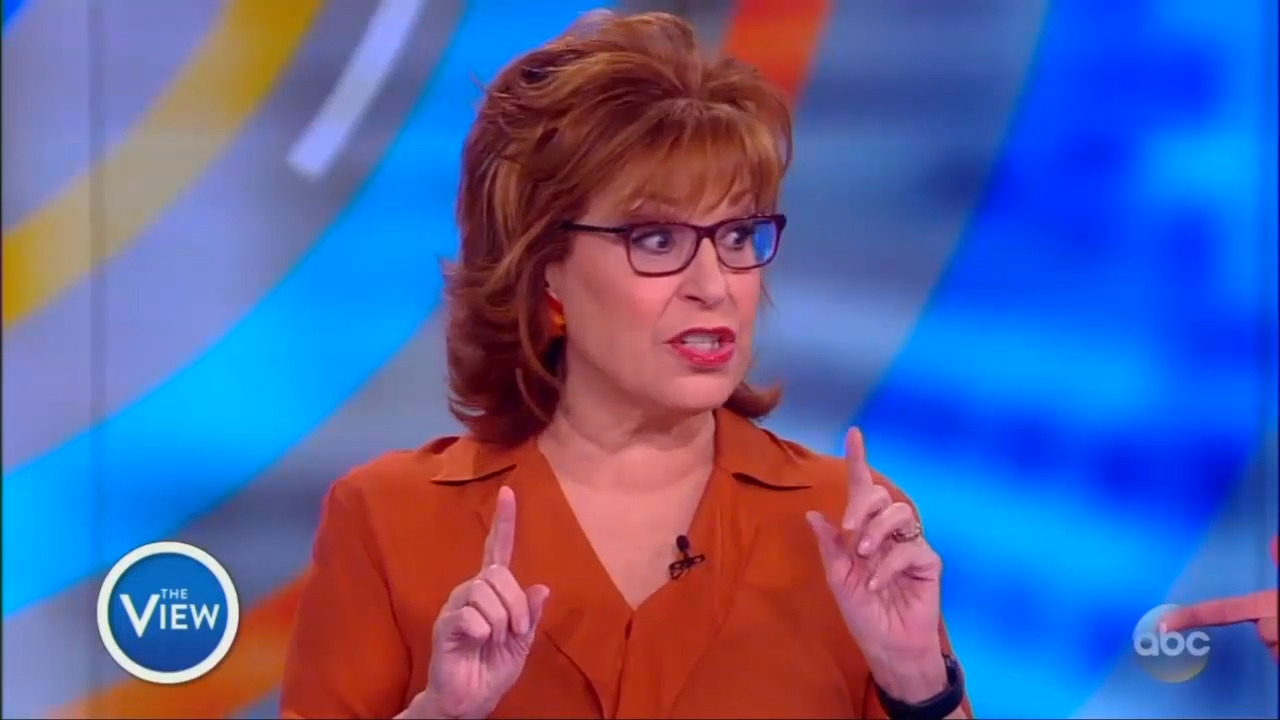 All this week, NewsBusters is recounting the most obnoxious liberal bias of 2018. Yesterday, we presented the most outrageous examples of journalists fawning over liberal or left-wing icons; today’s installment showcases some of the year’s most rancid quotes attacking Republicans or conservatives NOT named Donald Trump — the media’s attacks on the President will be featured on Wednesday.

In 2018 there was a torrent of ugliness directed at conservatives. Vice President Mike Pence was disgustingly derided as a “dangerous” Christian with a “mental illness” on ABC’s The View. When White House Press Secretary Sarah Huckabee Sanders was hounded by leftist activists at a Virginia restaurant, The Washington Post’s Jennifer Rubin praised them as she condemned: “Sarah Huckabee has no right to live a life of no fuss, no muss, after lying to the press.”

Supporters of the President were also attacked when CNN’s Don Lemon blasted: “We’re up against people who will lie, steal, and cheat, lie to their mother, lie to themselves about what’s right of this country.” And after the Parkland, Florida school shooting MSNBC’s Joe Scarborough called gun owners and Second Amendment defenders “domestic terrorist enablers.”

Co-host Sunny Hostin: “When you have a Mike Pence who now puts this religious veneer on things and who calls people values voters, I think we’re this a dangerous situation. Look I’m Catholic. I’m a faithful person, but I don’t know that I want my vice president speaking in tongues and having Jesus speak to him.”
Co-host Joy Behar: “Like I said before, it’s one thing to talk to Jesus. It’s another thing when Jesus talks to you....That’s called mental illness, if I’m not correct. Hearing voices.”
— ABC’s The View, February 13.

“We’re not going to let these people go through life unscathed. Sarah Huckabee has no right to live a life of no fuss, no muss, after lying to the press –  after inciting against the press. These people should be made uncomfortable, and I think that’s a life sentence frankly.”
— Washington Post columnist Jennifer Rubin on MSNBC’s AM Joy, July 1.

“People have seen this president lie and lie and lie and lie time and again. They’ve seen him do outrageous offensive things. Sarah Sanders, his spokesperson, has become the face of this administration....Some people find the idea of tearing children away from their families and then lying about it morally offensive. And don’t want to be part of that...You make choices in life. And there is a cost to being an accomplice to this cruel deceitful administration.”
— CNN contributor Ana Navarro discussing White House Press Secretary Sarah Huckabee Sanders being thrown out of Virginia restaurant on CNN Newsroom with Fredericka Whitfield, June 23.

“There has never been a more single-minded politician than Paul Ryan. He cares only about eviscerating the social safety net, repealing the 20th century, all of the New Deal, the Great Society, he wants all that gone and it is true. He is pathetic. I think it’s one of the darkest, sort of chapters in the Trump era is there Paul Ryan revealing himself.”
— AM Joy host Joy Reid on MSNBC’s Hardball, January 12.

“There’s a reason the tax bill is so unpopular. It’s a terrible idea – arguably, if approved, the worst law to be enacted on Capitol Hill since the Fugitive Slave Act of 1850, which allowed the return of captured escaped slaves up North to their whip-cracking masters down South.”
— Philly.com columnist Will Bunch in December 17, 2017 article “How the GOP produced the worst bill since the Fugitive Slave Act of 1850.”

“Look at them [Republicans] all up there like lemmings....Looks like a North Korean parade....It was like a scene out of Julius Caesar yesterday on the south lawn of the White House. One by one Republican leaders lined up to praise his eminence, the imperious Donald Trump....They were like North Korean soldiers. Look at all the smiles in unison, synchronized swimming.”
— Host Chris Matthews on discussing tax cut passage ceremony as aired on MSNBC’s Hardball, December 21, 2017.

“We’re up against people who will lie, steal, and cheat, lie to their own mother, lie to themselves about what’s right for this country, about truth and about facts. If they will ignore any misgiving, any terrible deed, any awful saying they will just ignore it for their own political purpose. They will ignore the bigotry and the pettiness and the childishness about what Donald Trump said about me and LeBron James and others just because they want to gain some sort of political clout or they want a few more dollars in tax money. At what cost?”
— CNN host Don Lemon on CNN’s Cuomo Prime Time, August 6.

“I would like a pollster to ask this question: How many people in the Republican Party think that it would be okay for Donald Trump to dissolve their own grandparents? I’m virtually certain that if it was a Donald Trump-related question you’d get like 10 percent that would be like ‘Donald Trump has the power to do whatever he wants – including kill my [grand] parents.’”
— National affairs analyst John Heilemann on MSNBC’s Morning Joe, August 16.

“From @usatodaysports: ‘The U.S. Senate may yet confirm Kavanaugh to the Supreme Court, but he should stay off basketball courts for now when kids are around,’ writes @ByErikBrady.”
— September 28 tweet from USA Today’s official Twitter feed. The tweet accompanied a photo of Brett Kavanaugh with girls basketball team that he coached. The tweet was later deleted.

“This is a country that was founded, to be blunt, on the idea that being a free white landed male gave you super citizenship, that you were more a citizen than anyone else. Mitch McConnell has decided that order means that people like Mitch McConnell, men like him rule....He is restoring order as he and people like him understand it. And they will impose it on the people like those people who are protesting. Women who are shrieking out in agony, saying, ‘You cannot impose this on us, you can’t send us back to the ’50s.’”
— AM Joy host Joy Reid during MSNBC’s live coverage of Brett Kavanaugh’s confirmation, October 6.

“I can’t imagine the feeling of the millions and millions of women, and others who found Dr. Ford very, very credible. And if, as seems likely, Republicans are able to get Judge Kavanaugh onto the Supreme Court, they’re just going to feel annihilated inside.”
— Correspondent Terry Moran during ABC News’ live coverage of Brett Kavanaugh hearings, September 27.

Yeesh, Tell Us How You Really Feel About Ted Cruz

“I despise Ted Cruz. That is ‘D-e-s-p-i-s-e,’ in case I haven’t spelled out my loathing clearly enough....Because he’s like a serpent covered in Vaseline. Because he treats the American people like two-bit suckers in 10-gallon hats....Because he makes Donald Trump look like a human being by comparison....Because he’s the type of man who would sell his family into slavery if that’s what it took to get elected. And that he would use said slavery as a sob story to get himself re-elected.”
— Columnist Bret Stephens in regular New York Times opinion section featured called The Conversation between him and Gail Collins, September 25.

Raging Against Responsible Gun Owners, Not the Killer

“We know there are deranged killers right now planning a mass shooting and they’re planning it right now....I just wonder, though, today, who will be those domestic terrorist enablers? Who are going to be the useful idiots in the media, on web sites and on Capitol Hill that will make excuses for the gun lobby?”
— Host Joe Scarborough discussing Parkland, Florida school shooting on MSNBC’s Morning Joe, February 15.

“The Bible warns us not to worship false gods. And yet, it does seem as though much of America is indeed worshiping at the altar of the gun gods. We watch aghast from abroad, knowing that there are solutions.”
— February 15 tweet by CNN host Christiane Amanpour.

AM Joy host Joy Reid: “I think Democrats need to make a gut check, is it worth siting around that table with this man, given that he has now put his racist views on the table.”
Hardball host Chris Matthews: “I’m betting the Republicans to be Republicans, Joy.”
Reid: “Yeah, they will. The Republicans will fall in line. As you said, they’re the North Korean army marching behind the Dear Leader.”
— MSNBC’s Hardball, January 12.