You Love to See It: Fake News Jim Acosta’s CNN Show Has Been a Complete Failure 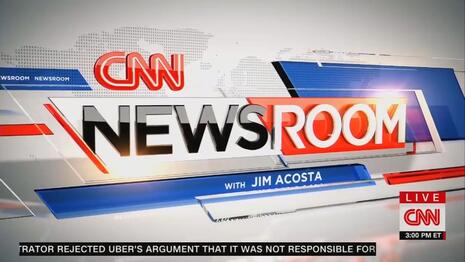 In what might be one of the least shocking developments to be published on NewsBusters, CNN carnival barker Jim Acosta’s tenure as late weekend afternoon CNN Newsroom host has gone less than swimmingly as, since he took over April 3, the timeslot has lost almost half its viewership.

Prior to Acosta helming three hours on late weekend afternoons, Ana Cabrera held the spot for four years (and now helms CNN Newsroom on weekday afternoons from 1:00 to 2:00 p.m. Eastern).

And when compared to the Fox News Channel and the various programs that air during his three-hour block, the numbers weren’t pretty either. When taking just August, the network Acosta so deeply hated came out with a 45 percent advantage in total viewers (1.131 million to 782,000) and 25 percent in the demo (202,000 to 161,000).

Acosta hasn’t really helped improve upon his ratings and given viewers every reason to jump ship (even though Cabrera herself is plenty hard to the left and a loyal Zucker foot soldier). Less than a month into his show, he sucked up to Congresswoman Maxine Waters (D-CA) in an interview our Tim Graham said “sounded like every other kiss-up Karen” after having spent years screeching at Trump and his staffers.

On August 7, Acosta declared that new coronavirus variants should be named after Republicans because, in his cartoonish world, the right doesn’t believe in science and are to blame for the pandemic in the U.S.

Acosta was on it that day as he also had on New York Times reporter Annie Karni to defend the Obama birthday party on Martha’s Vineyard because it was a “sophisticated, vaccinated crowd” and not those icky, smelly, unvaccinated numbskulls in the heartland.

Fast-forward to August 22 and Acosta had his tail handed to him in much the way Trump, Sean Spicer, Sarah Huckabee Sanders, and Kayleigh McEnany would as Congressman Darrell Issa (R-CA) schooled him on both Afghanistan and the California governor’s race.

And not to be outdone, Acosta stepped it up just this past Saturday when he went on a childish bender about how FNC host Tucker Carlson was a “human manure spreader” and declared that the tens of millions of Republicans who call Texas home are the “American Taliban.”

And no amount of hair dye will be able to save this dumpster fire.