For the second day in a row, the CBS Evening News committed a disservice to their viewers in covering competitive U.S. Senate races by censoring massive pasts of Democratic challengers with Wednesday featuring the newscast omitting any mention of former Senator-turned-candidate Evan Bayh having a lucrative lobbying career since he left the Senate in 2011.

Anchor Scott Pelley spun the race as a GOP seat (by retiring Senator Dan Coats) that’s “in serious jeopardy” while Reynolds spent the entirety of his report in the Hoosier State focusing on Bayh’s vote to ensure ObamaCare’s passage and Republican candidate and Congressman Todd Young’s non-committal stance toward Donald Trump.

Reynolds turned to University of Indianapolis political science professor Laura Albright for analysis on Young’s strategy of pushing the unpopularity of ObamaCare as well as “the Trump factor” in the state and how that’s affected the GOP congressman’s chances.

The remainder of the segment was largely a back and forth between Reynolds and Young in which the CBS News correspondent attempted force him to acknowledge Trump and express support for him.

“We also asked Senator Bayh for an interview, but he was out of the state, Scott, raising money even at this late date for his campaign,” concluded Reynolds.

Working backwards, the reason for Bayh not being available for interview due to out-of-state fundraising may have had to do with the fact that he was attending a $1,000/plate fundraiser with a top Washington D.C. lobbying firm earlier in the week

To the surprise of few people (especially cynical ones), the Washington Free Beacon’s Bret Scher reported that the lobbying firm was actually “where Bayh has been a partner since he retired from the Senate in 2011.”

Scher went onto add that Bayh was scheduled to “head down the street to headline a $1,000 per plate dinner hosted by some of the city’s top lobbyists” with those attending being encouraged to instead give “$2,700 to become cohosts for the event.”

Our friends at the Free Beacon and even mainstream outlets like the Associated Press also have done a stellar job tracking other portions of Bayh’s recent history that CBS chose not to inform their readers of such as:

For those familiar with the race, I could go on for hours about the number of things that weren’t even vaguely alluded to by CBS. While the “big three” network evening newscasts on ABC, CBS, and NBC are always strained for time, it only takes a matter of seconds to acknowledge some basic storylines in these Senate races.

Hillary Clinton remains ahead in many national polls and with that being said, it seems as though the media has shifted their focus to running up the score against Republicans in Congress even if it means burying less-than-hospitable facts for Democratic candidates.

The transcript of the segment from the CBS Evening News with Scott Pelley on October 26 can be found below. 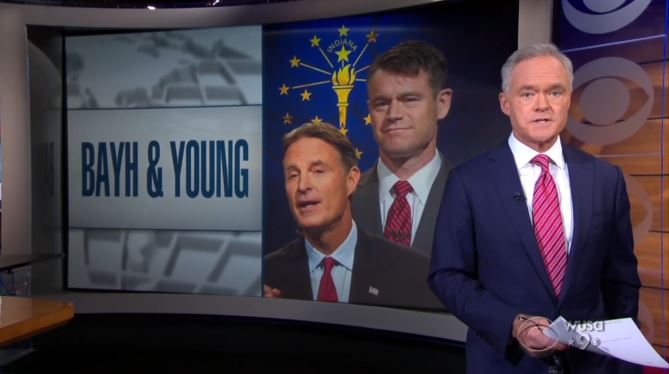 [ON-SCREEN HEADLINE: Battle for the Senate]

SCOTT PELLEY: We're also following a very close battle for control of the Republican-led Senate. The Democrats need to add five seats or just four if Clinton wins and Tim Kaine becomes president of the Senate.

One GOP seat in serious jeopardy is in Indiana, and Dean Reynolds is there.

EVAN BAYH: Thank you very much.

DEAN REYNOLDS: Evan Bayh is a former two-term Democratic senator who retired six years ago and now wants back in.

BAYH: I'm running for the United States Senate to try and help Hoosiers and Hoosier families. 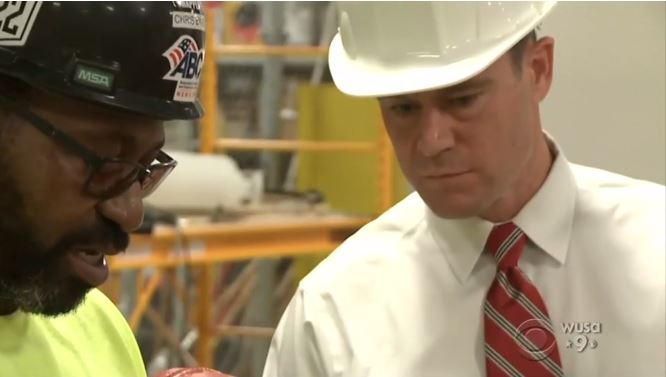 REPUBLICAN CONGRESSMAN TODD YOUNG (Ind.): Evan Bayh cast his vote for ObamaCare after ignoring the pleas of tens of thousands of Hoosiers.

REYONOLDS: Laura Albright is a political scientist at the University of Indianapolis.

LAURA ALBRIGHT: Todd Young basically attacks him on that and says look, a lot of Hoosier voters are very dissatisfied with the Affordable Care Act, Evan Bayh gave you this.

REYNOLDS: Unpopularity of ObamaCare is helping Young try to hold the seat for the GOP. Having Indiana Governor Mike Pence on the ticket helps, too, but only so much. [TO ALBRIGHT] What is the Trump factor in Indiana?

ALBRIGHT: Well, it's difficult for Todd Young, certainly as the Republican, he's been careful not to distance himself too much from Donald Trump.

REYNOLDS: Even though Trump is comfortably ahead of Hillary Clinton in the state, Young seldom mentions him. [TO YOUNG] Have you endorsed him? Do you support him? Are you going to vote for him? What?

YOUNG: Well, I want change, like most Hoosiers. This is indeed a change election.

REYNOLDS [TO YOUNG]: You support the Republican ticket?

YOUNG: I'm a Republican. There's only one person who will not continue the failed policies of Barack Obama on the ticket, so — 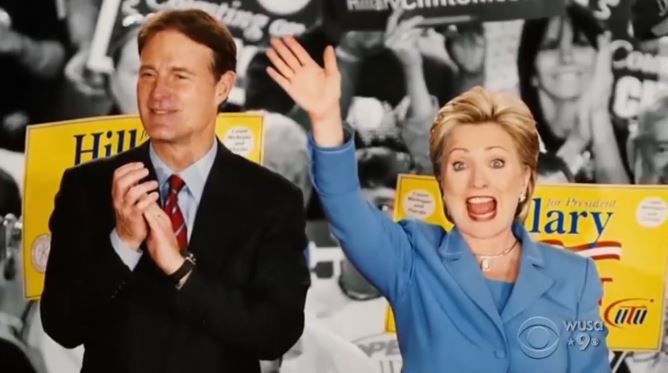 REYNOLDS [TO YOUNG]: And that's who?

REYNOLDS: But unpopularity at the top of the ticket is not solely a Republican problem here. These ads opposing Evan Bayh sign off with a photo of Clinton. We also asked Senator Bayh for an interview, but he was out of the state, Scott, raising money even at this late date for his campaign.