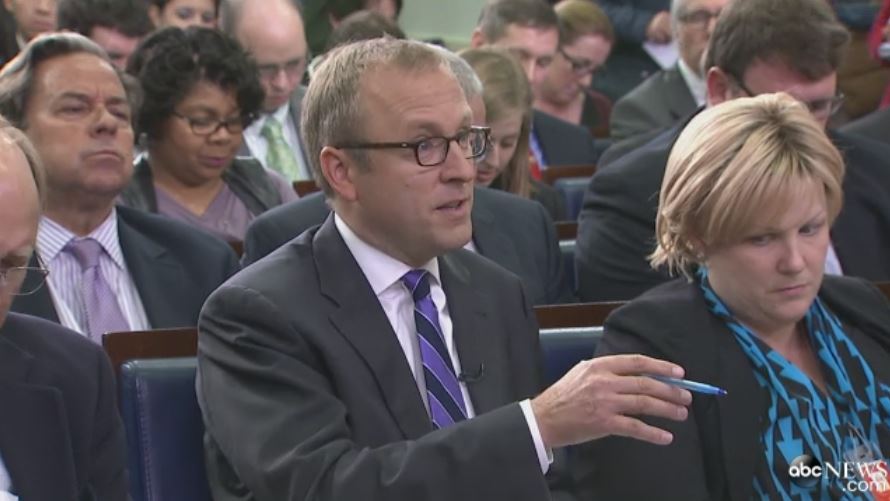 When it came to ABC’s World News Tonight with David Muir mentioning or playing video of that exchange on Monday evening, the program stayed silent. Instead, video of Karl’s exchange was relegated to ABC News’s website.

Bell, who was a campaign bundler for the Obama campaign, had previously worked as a producer for the CBS soap opera The Bold and the Beautiful. She was approved by the U.S. Senate on Tuesday with a margin of 52-42.

Earnest meandered in the first of many responses to Karl before saying that Bell “has the President’s confidence that she will do an excellent job of representing the United States and maintaining the important relationship that the United states has with the government and the people of Hungary.” 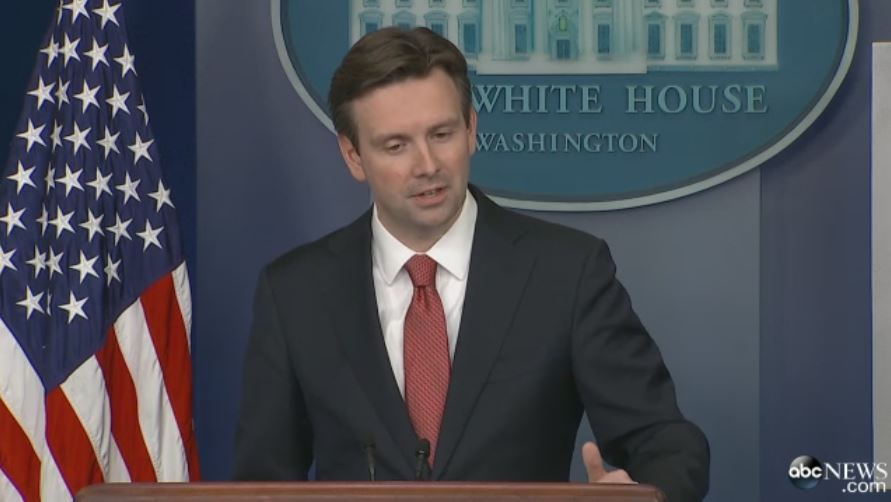 Clearly not satisfied with that answer, Karl pointed out that how “[i]n her confirmation hearing, she couldn’t even name a single strategic interest the United States had with Hungary.”

Fumbling again, Earnest said that “certainly, she is somebody, again, that – that is – has had a – her own distinguished private sector career” and “obviously has succeeded in, you know, in the business world.”

After being pushed by Karl how that has anything to do with becoming the Ambassador to Hungary and if it was because she had raised “hundreds of thousands of dollars for the President’s reelection campaign,” Earnest fired back how “frankly, I wasn’t part of the decision making process.”

He added that she was instead selected “because the President has complete confidence in her ability to represent the United States in that country.”

Instead of finding time to mention this story today, World News Tonight spent 1 minute and 29 seconds of airtime on a car chase in Los Angeles on Tuesday that ended with the suspect being arrested with the help of reality TV star Lou Pizarro from TruTV’s Operation Repo.