Bozell & Graham Column: '60 Minutes' Grills the New President (Nothing Like the Old President) 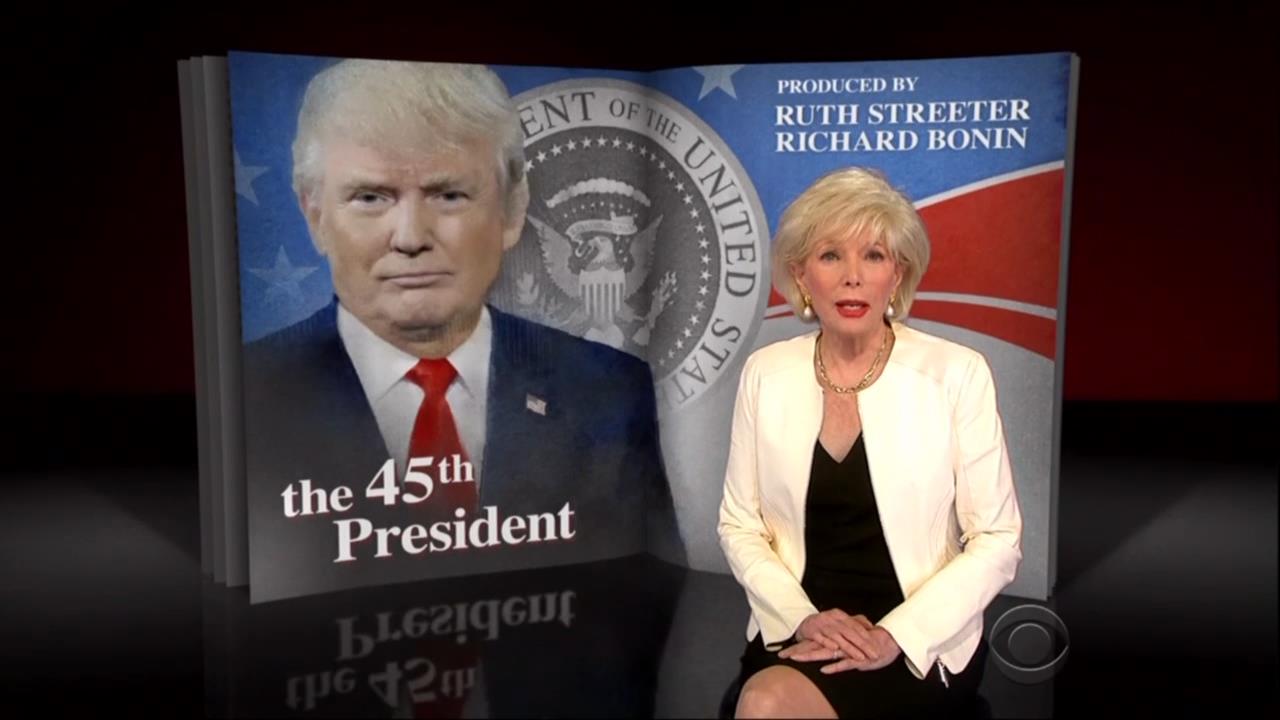 Donald Trump is a persistent critic of the media and is attacked for not granting them enough access. But there he was, three days after the election, the president-elect taping a long interview with CBS and 60 Minutes, where he could expect Lesley Stahl would push, push, push from the Left.

Stahl presented him as a terror for minorities. “I want to ask you all about something that's going on right now around the country. A lot of people are afraid. They’re really afraid. African Americans think there’s a target on their back. Muslims are terrified.” Trump accurately replied that’s “horrible,” but it’s “built up by the press.”

CBS presented Trump’s election as a nightmare for everyone – including the millions who eagerly voted for him – and heavily implied he needs to take back every campaign promise they can’t abide. This is how the media try to run America between the elections. Stahl wants to repeal and replace the decision voters just made.

And yet the liberals were unsatisfied with CBS. New York Daily News columnist Gersh Kuntzman complained: “Lesley Stahl played the Matt Lauer role on 60 Minutes on Sunday night, letting President-elect Trump off the hook on virtually every issue.” Apparently, she needed to slap him after every unsatisfactory answer.

If liberals want to know what it’s like to let a new president off the hook, go back to 2008. On November 9, the first Sunday after the election, 60 Minutes interviewed Obama campaign aides David Axelrod, David Plouffe, Robert Gibbs, and Anita Dunn. Steve Kroft asked in amazement: "You ran an incredibly effective and disciplined campaign, certainly one of the most effective presidential campaigns that's ever been run. There was no infighting, no real leaks, almost no turnover. How did you manage that? Even the Republicans were in awe."

No one was asked about the American people being terrified of Obama. No one was asked if Obama would scare people by daring to enact things he promised during the campaign. No one asked how easy it is to look “effective and disciplined” with a supine media.

On November 16, 2008,  Kroft suggested to Obama he could be the next Franklin Delano Roosevelt: "People are comparing this to 1932. Is that a valid comparison, do you think?" Obama didn't accept the hyperbole: "Well, keep in mind that 1932, 1933 the unemployment rate was 25 percent, inching up to 30 percent.”

Like Stahl, Kroft pressed from the left. "How high a priority are you placing on re-regulation of the financial markets?" He also pressed Obama to say whether he will "take early action" to issue executive orders "to shut down Guantanamo Bay" and "change interrogation methods that are used by U.S. troops?" Obama said “I have said repeatedly that I intend to close Guantanamo, and I will follow through on that.”

This is why anyone who watches television news for an hour or two knows CBS and the rest of the “objective” media favor the Left. They’re going to spend the next four years doubling down on their effort to tar Trump as a politically incorrect horror and lunging to prevent everything conservative that Trump ever promised to implement. The only path for him to get positive coverage is to cave in desperately to their agenda.