Since Donald Trump began his run for President in June 2015, parts of the dominant liberal media have repeatedly parroted the incorrect claim that, in 1989, Trump ran a newspaper ad in which he urged the execution of a group of young black and Hispanic teens who ended up eventually being proven "innocent" in spite of confessing to the infamous rape and beating of a Central Park jogger that year.

In fact, the ad in question did not specify that the Central Park Five should be executed as it came at a time when the death penalty was illegal in New York. There had been a push for the state legislature to enact a new law to reinstate capital punishment which would require overriding the veto of then-Democratic Governor Mario Cuomo -- who had vetoed a death penalty bill a month before the attack.

The defendants could not have been sentenced to capital punishment since it was not an option at the time of the crime, and the U.S. Constitution bans ex post facto laws.

Additionally, when Trump was asked about the ad in May 1989 on Larry King Live, CNN claims he stated that he only supported the death penalty for adults -- which would have excluded the Central Park Five because they were all between the ages of 14 and 16.

In the repeated smearing of Trump as someone who advocated executing a group of children whose convictions were eventually vacated after they had served their sentences, the media have also simplistically portrayed the defendants as having been "exonerated" or proven completely "innocent" by DNA testing without informing viewers that even their defense attorneys admitted that they were "beating up other people" on the night of the Central Park attack.

In the film, The Central Park Five, as far-left film maker Ken Burns pushed a sympathetic view of the five teens, the documentary actually admitted that their defense attorneys had considered arguing that they could not have committed the attack on the jogger because they were busy "beating up other people" at the time. Their defense attorneys presumably had conceded that they were part of a group of dozens of teens who attacked as many as eight different random people in the park on the same night, including one man who received a skull fracture.

Also of note, as some have pushed the angle that, because the Central Park jogger was a white woman while the defendants were minorities, Trump was motivated by racism -- but what has been overlooked is that he also came to the defense of a black woman in Brooklyn who was raped and thrown from a four-story building a couple of weeks after the Central Park attack, and right after the death penalty ads ran in May of that year. 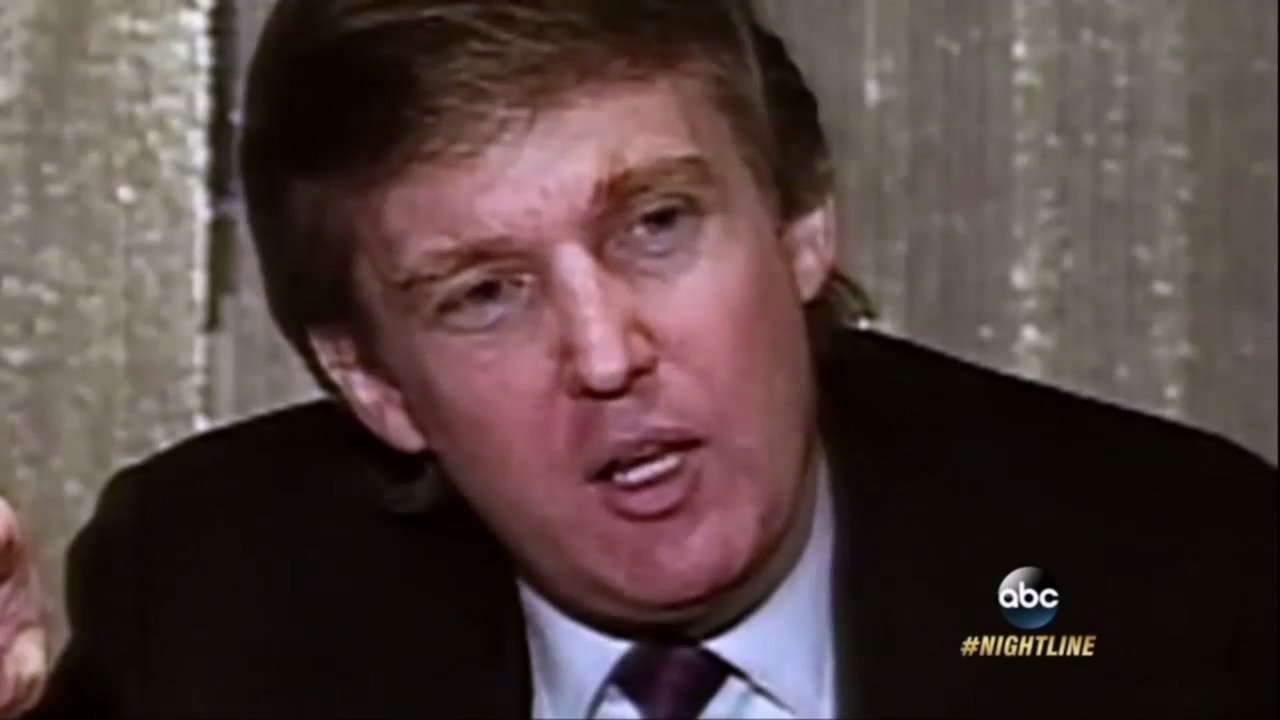 One columnist credited Trump with drawing attention to the Brooklyn victim's ordeal as he visited her in the hospital, spoke publicly of her case, and offered to pay her medical bills. According to Nexis, in the Herald Sun article, "Our Odd Reactions to Rape," dated January 31, 1990, author P. Wilson recalled: "Most of the publicity about the case arose from the fact that Donald Trump, a wealthy developer, agreed to pay her medical costs."

Trump also spoke of the Brooklyn attack in his May 1989 interview with Larry King.

As for the issue of the Central Park Five being "exonerated" or proven "innocent," with some accounts even asserting that they were "acquitted," such claims are an overstatement given that, after another man -- convicted serial rapist Matias Reyes -- in 2002 confessed to attacking the jogger in 1989 and claimed that he did it alone, there was never another trial to determine their guilt. After DNA testing linked Reyes to the crime, the city's prosecution chose to vacate the convictions for all five.

Since there really is a phenomenon that people sometimes confess to offenses they did not commit, it would seem feasible either that the Central Park Five were pressured into confessing to a crime they did not commit, or that Reyes  -- who apparently had nothing to lose by confessing -- falsely claimed that he was the only assailant who took part in the attack.

It is possible that a jury would have found them not guilty if they had had the benefit of Reyes's testimony at the time, but, as they had already served their sentences, they were not tried again, and the sentences were simply vacated.

As for the significance of DNA testing, the DNA samples found at the scene confirmed that Reyes was at least one of the attackers, but it did not on its own prove that others could not have been involved in the attack. The testimony by Reyes that he was the lone attacker was what raised doubts about the Central Park Five conviction. Some media accounts have misleadingly suggested that DNA testing "proved" that the Central Park Five were "innocent."

Media accounts have also mostly excluded the views of figures like former New York City prosecutor Linda Fairstein and Michael Armstrong -- an attorney who headed an investigation into how the NYPD handled the Central Park Five case. During the lawsuit that the Central Park Five brought against the city over their imprisonment, Fairstein complained that prosecutors in the case were under a gag order, making them unable to speak freely to the media about their views of the case.

Additionally, Armstrong complained about film maker Burns not including his views on the case in his documentary which misleadingly notes in a disclaimer that prosecutors declined to participate. His investigation had concluded that the NYPD had acted appropriatedly in its handling the Central Park rape case, and promoted the theory that the Central Park Five were part of the attack on the jogger.

Also not given much attention was the argument that Mayor Bill Di Blasio made a political decision to push for a generous settlement for the Central Park Five against the advice of the city's attorneys, casting doubt on whether the large payout was deserved.

Much of the dominant media -- especially on MSNBC and CNN -- have repeatedly brought up the issue -- even more so over the past year and in the weeks after the Charlottesville violence. And in the past week, MSNBC hosts and regular guests have been revisiting the topic again -- including hosts Chris Hayes and Al Sharpton, and frequent guest Karine Jean-Pierre of MoveOn.org.