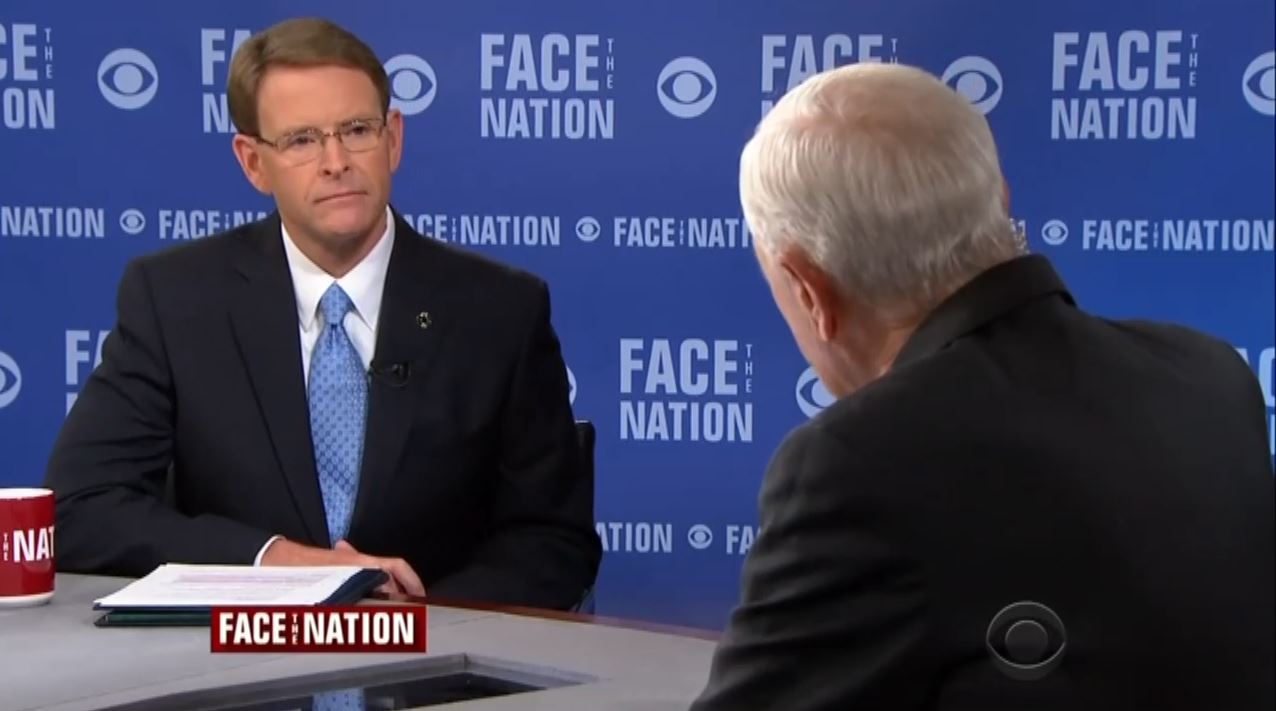 This past Sunday, Perkins appeared on Face the Nation with CBS’s Bob Schieffer to talk about the same-sex marriage case before the Supreme Court. Schieffer said that he was inundated by requests from people that Perkins be disinvited because “you [Perkins] don’t speak for Christians.”

Then, citing the hateful Southern Poverty Law Center (SPLC), Schieffer went on to parrot SPLC’s characterization of the FRC as an “anti-gay hate group.” Ironically, a 2013 shooting at the FRC was carried out by someone who cited the SPLC’s designation of FRC as a reason for doing so.

The letter demands that CBS and Bob Schieffer apologize on Face the Nation for “using the SPLC to smear people of faith.”

“This ambush of my friend Tony Perkins by CBS’s Bob Schieffer is beyond the pale. The work the Family Research Council and its president Tony Perkins do to promote a pro-family culture and traditional values cannot be overstated. And to suggest, as Schieffer did, that the FRC doesn’t represent Christians is laughable.

“For CBS News to cite the SPLC as a resource is particularly outrageous given that one of the SPLC’s supporters shot and wounded a security guard inside the FRC’s headquarters a few years ago. Would it be okay if Fox News cited a white supremacist group to call into question a liberal group? Of course not.

“This is another example of the left’s continued war against Judeo-Christian people of faith. The left’s allies in the liberal media will stop at nothing to silence, censor, and shame Americans who embrace traditional values. It’s become an epidemic and it’s sickening. If Bob Schieffer has any integrity, he will apologize on Face the Nation for using SPLC as a resource to smear people of faith.”

The following signers have also joined:

Stuart W. Epperson
Chairman of the Board
Salem Communications Corporation