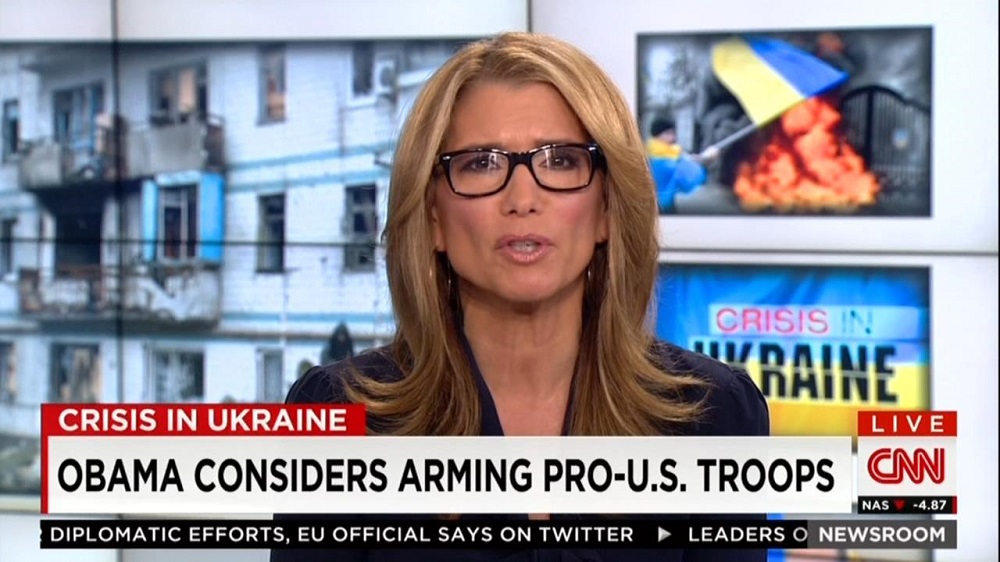 Carol Costello gave an on-air correction on Tuesday's CNN Newsroom concerning an on-screen graphic that aired on the Monday edition of her program: "Yesterday, we ran a story about the debate among Western leaders about whether to send arms to Ukraine. During that segment, our banner mistakenly said, 'Obama considers arming pro-U.S. troops.'" [see screen cap at right; video below]

Costello added that "the debate in Western capitals is actually about whether the United States and other NATO countries should send arms to the Ukrainian military, which is trying to protect its territory from separatists the government in Kiev says are backed by Russia. The recipients of any military equipment and aid would be the national military of Ukraine – certainly not 'pro-U.S. troops.' I regret that error."

In a Tuesday post, HotAir.com's Noah Rothman asserted that "this chyron has provided Moscow with an invaluable propaganda tool. Russia has long claimed that the conflict in Ukraine was ignited by the Western powers who inserted themselves into the burgeoning conflict in order to thwart Russian-speaking Ukrainians' desire for autonomy, security, and self-determination."

Rothman then pointed out that "this seemingly innocuous chyron error has had significant geopolitical implications. 'Online comments are calling it a Freudian slip, claiming it unmasks the true agenda behind the conflict,' the Kremlin-funded propagandist outlet RT averred."

It should be pointed out that an hour before the segment in question, CNN Newsroom actually posted a graphic with a more accurate description of the issue: "Obama Considers Arming Ukrainian Troops" (see screen cap below). 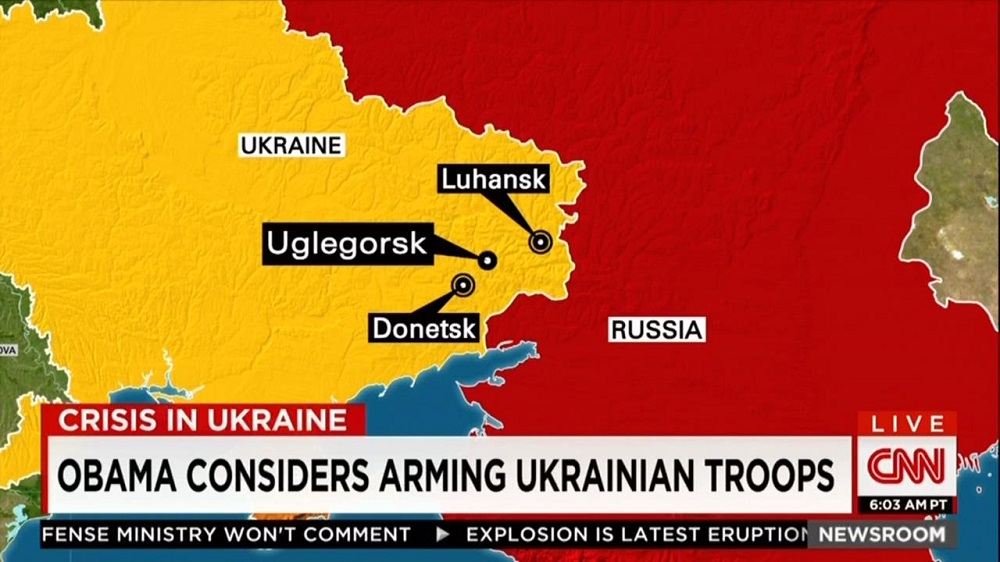