For the month of February, 2020, MRC Latino analyzed coverage of the 2020 Democratic primaries. The results showed that Bernie Sanders dominated coverage on both Univision and Telemundo, garnering nearly twice as much coverage as the rest of the Democratic field combined. 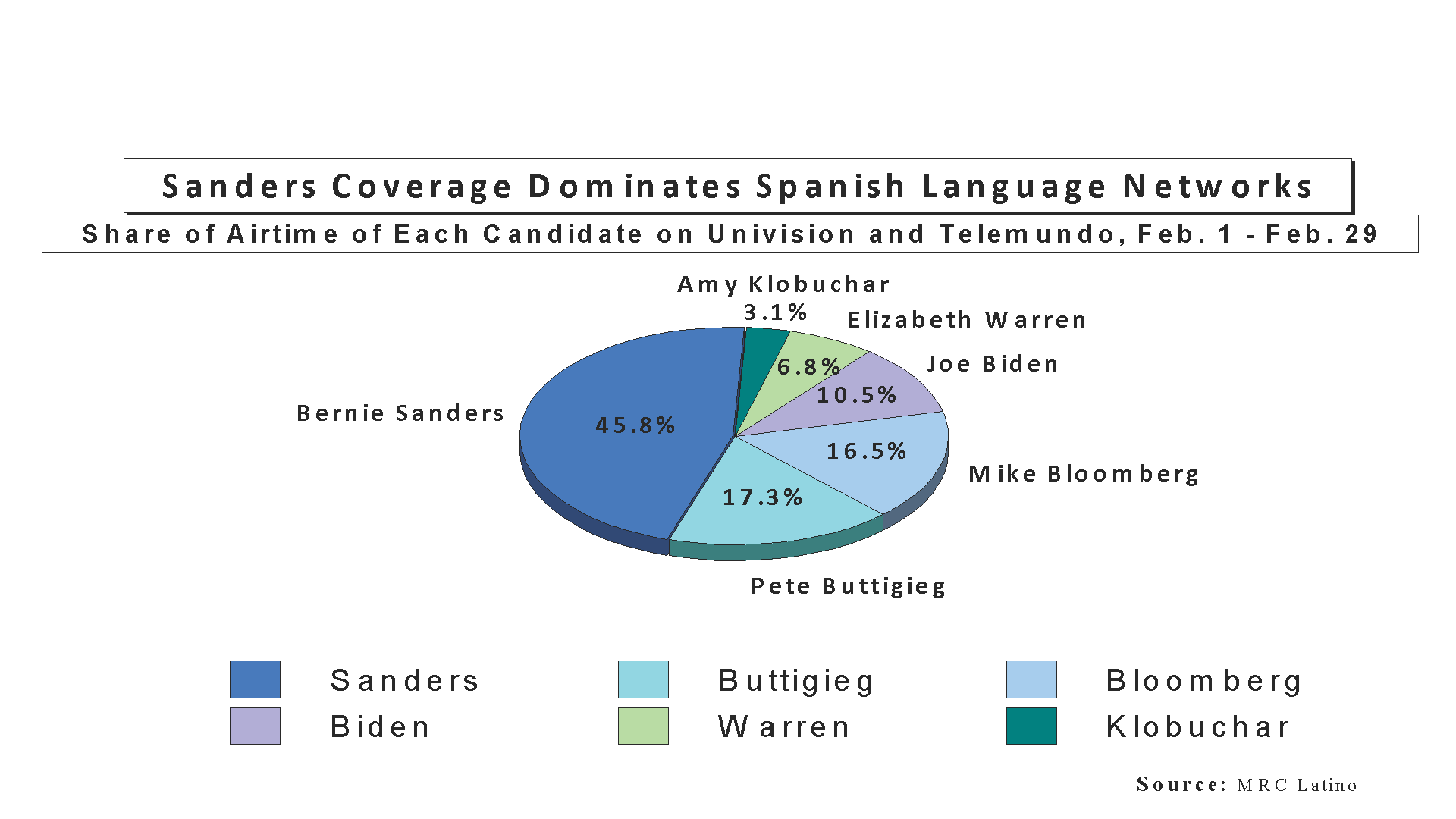 Univision gave Bernie more than three times the coverage of any single candidate, or nearly 50 percent of all news coverage given to Democratic presidential candidates. This coverage gap between Sanders and the Democrats widened after Sanders won in Nevada, where there is a substantial Latino population.

None of the remaining candidates — Senator Amy Klobuchar (D-MN), businessman Tom Steyer, and Congresswoman Tulsi Gabbard (D-HI) — received even a single minute of coverage on these newscasts in February.

This should not be a surprise to those who constantly watch the Spanish-language media outlets.

Over the past year we’ve watched Jorge Ramos defend Democratic Socialism, promote the Green New Deal, call for Gun control and criticize every action taken by President Trump; almost an exact mirror of can be seen on Bernie Sanders’ campaign site. We also recently saw how Telemundo gave Sanders an outlet to compare his brand of “democratic socialism” as more favorable than what we see in places like Cuba, Venezuela, or Nicaragua.

In sum, these findings confirm what MRC Latino recently found: that the Spanish-language networks had a direct role in Bernie Sanders’ rise in the polls.

Many thanks to MRC Research Director Rich Noyes and MRC Latino intern Asun Weninger for their valuable contributions to this study.