Bob Schieffer to Tony Perkins: I Was ‘Inundated’ by People to Disinvite You

On Sunday’s Face the Nation, CBS’s Bob Schieffer interviewed Family Research Council President Tony Perkins and told him “[w]e have been inundated by people who say we should not even let you appear because in their view, 'you don't speak for Christians.'"

Schieffer called Perkins “the most vocal opponent of same-sex marriage” and touted how “you and your group have been so strong in coming out against gay marriage that the Southern Poverty Law Center has branded the Family Research Council an anti-gay hate group.”

After Perkins explained why he opposed the Supreme Court deciding public policy for the nation, Schieffer continued his harsh line of questions and asked “you said the other day, and I believe these are your words. If the court rules in favor of gay marriage it would be open season on people of faith. I mean, how can you say that?”

Schieffer apparently didn’t see the irony of him scolding Perkins for saying that a national law legalizing gay marriage would result in an “open season on people of faith” when earlier in the segment he told the FRC president that wanted to deny him the right to free speech and not invite him on the broadcast. 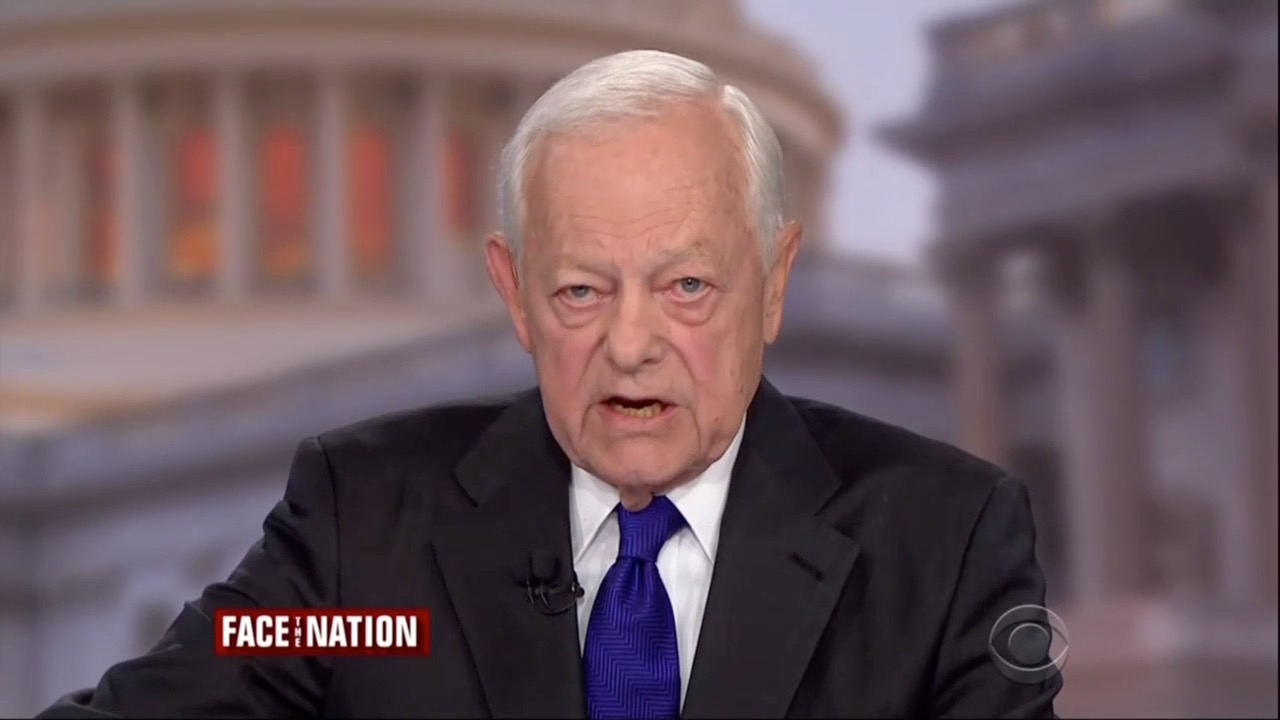 As the segment progressed, the CBS moderator appeared to show some extremely sloppy journalism when he asked “[d]id you really say that justices who come down on the side of gays on this should be impeached?... Because there are reports to that affect" despite Perkins denying ever making such comments.

Isn’t it the job of a news organization like CBS News to actually research things their guests have said rather than asking them to defend an alleged statement they made? Instead of doing some basic research on Perkins, Schieffer seemed more than happy to level baseless attacks at him while he clearly showed his displeasure with having to interview someone who doesn’t agree with his political agenda.

BOB SCHIEFFER: But I'm going to start with probably the most vocal opponent of same-sex marriage, and that is Tony Perkins, he is the president of the Family Research Council. And Mr. Perkins, I'm going to say this to you up front, you and your group have been so strong in coming out against gay marriage that the Southern Poverty Law Center has branded the Family Research Council an anti-gay hate group. We have been inundated by people who say we should not even let you appear because, in their view, “you don't speak for Christians.” Do you think you have taken this too far?

TONY PERKINS: No. Bob, we're--first let me say thank you for allowing us to continue to have this discussion because I think it's a discussion that's going to continue on regardless of what the court says. The court is not going to settle this issue. In fact I think it does a disservice to both sides if the court weighs in on public policy like this. The courts are decided to interpret the constitution and the constitutionality of laws, not create public policy. When they do that they create division and they erect barriers to reach a consensus on public policy like this. So, no, we stand with millennia of experience that the union of a man and a woman, the sacred union of marriage is the cornerstone of society. That's where kids learn to become citizens.

SCHIEFFER: Well, you said the other day, and I believe these are your words. If the court rules in favor of gay marriage it would be open season on people of faith. I mean, how can you say that?

PERKINS: I can say it very clearly. This is what’s at stake here, Bob. This is not about the marriage alter, this is about fundamentally altering the culture. Just on Friday a bakery in Oregon was fined $135,000 for not refusing to serve gay people but simply saying, we cannot participate in a same-sex wedding because it violates our Christian faith. $135,000. Within hours about $100,000 was raised for this couple until gay activists demanded that Go Fund Me take down their site. 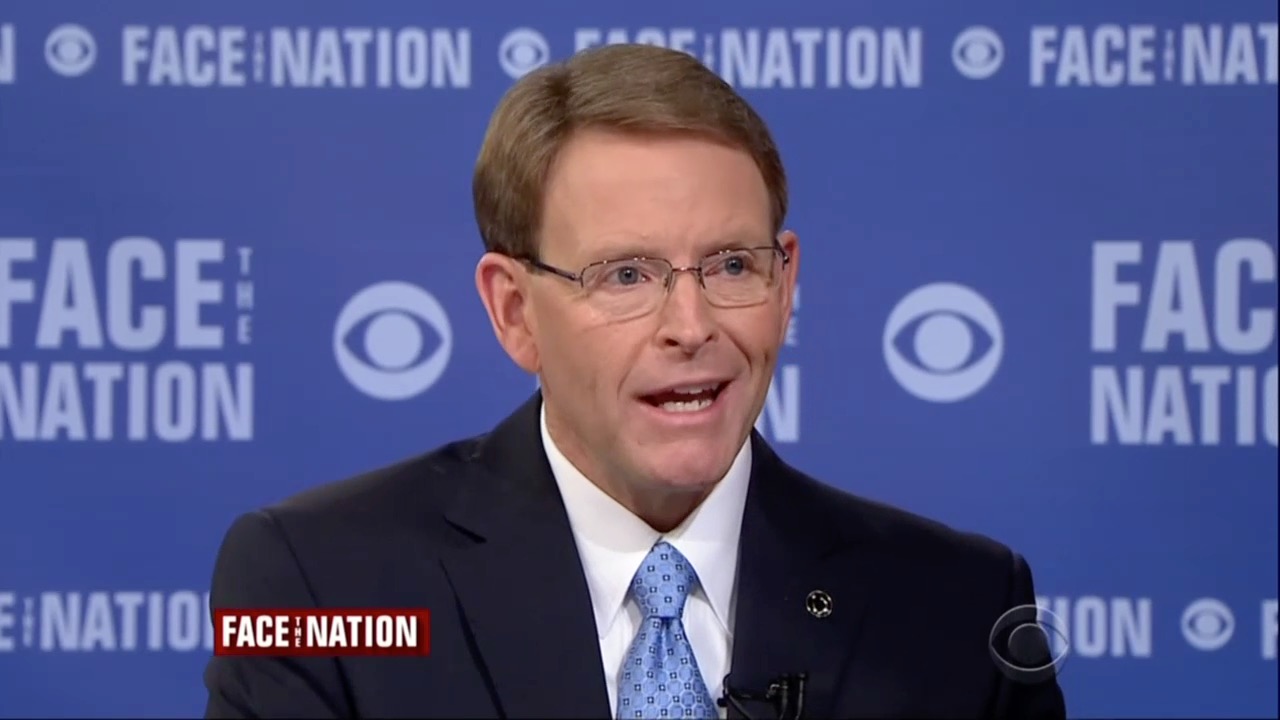 SCHIEFFER: You know, Mr. Perkins, in the two years since the court took up this issue, we now have surveys that show that six in ten Americans now favor gay marriage. That says to me this may be working, 37 states and the District have now legalized same sex marriage, it is illegal in just seven states. Doesn't that mean that people want this to be legal?

PERKINS: No, first off, even the Washington Post said the numbers are based on how you ask the question. The nation really is evenly divided. And the narrative 37 states, that works for those who want to say the consensus is on the side of redefinition. But you have to realize only voters in three of those states actually voted to allow the redefinition of marriage. And the vast majority of the others it's been imposed on them by the courts. And for those that would say there's a global consensus, that's not true either. Only 17 of the 193 member states of the United Nations have redefined a marriage, and only one, Brazil, is the only nation that's allowed it to be done by the courts. The court will only super charge this issue as they did Roe V. Wade.

SCHIEFFER: Did you really say that justices who come down on the side of gays on this should be impeached?

PERKINS: No, I didn't say that.

SCHIEFFER: Because there are reports to that affect.

PERKINS: I didn't say that.

SCHIEFFER: What did you say?

PERKINS: Well, I didn't say anything about impeachment of the judges. What I said that they're not the final say on this issue. In our system of government, the courts are not the final say on issues. And for the court to decide when something like this impose it on the nation, which the polling, even CBS's own polling says the majority of Americans are opposed to the idea that the Supreme Court would impose this on the nation. They think it's best left to the states. That’s how we come to a consensus in this country. As abortion remains an issue 42 years later in every election from president on down, it will continue to be an issue, just as the major Republican candidates last night in Iowa made it an issue.