At most companies, when someone who's worked for the company for 46 years retires, they get a nice speech and a nice watch. But at a TV news network, the audience is subjected to the most extreme fawning, complete with the bizarre notion that no one has ever criticized the retiring journalist.

Following CBS reporter Bob Schieffer announcing his retirement this summer, Charlie Rose deemed Schieffer a “giant of journalism” who had a “legendary career” at CBS News. While Rose claimed that he “never heard anyone at CBS or anywhere else say a bad word about Bob Schieffer” longtime CBS anchor was known for saying “bad things” things about Republicans.

We here at NewsBusters have compiled a list of Scheiffer’s worst quotes at CBS, from trashing Conservatives to cheering on Democrats to more recently praising Obama’s Lincolnesque speeches: 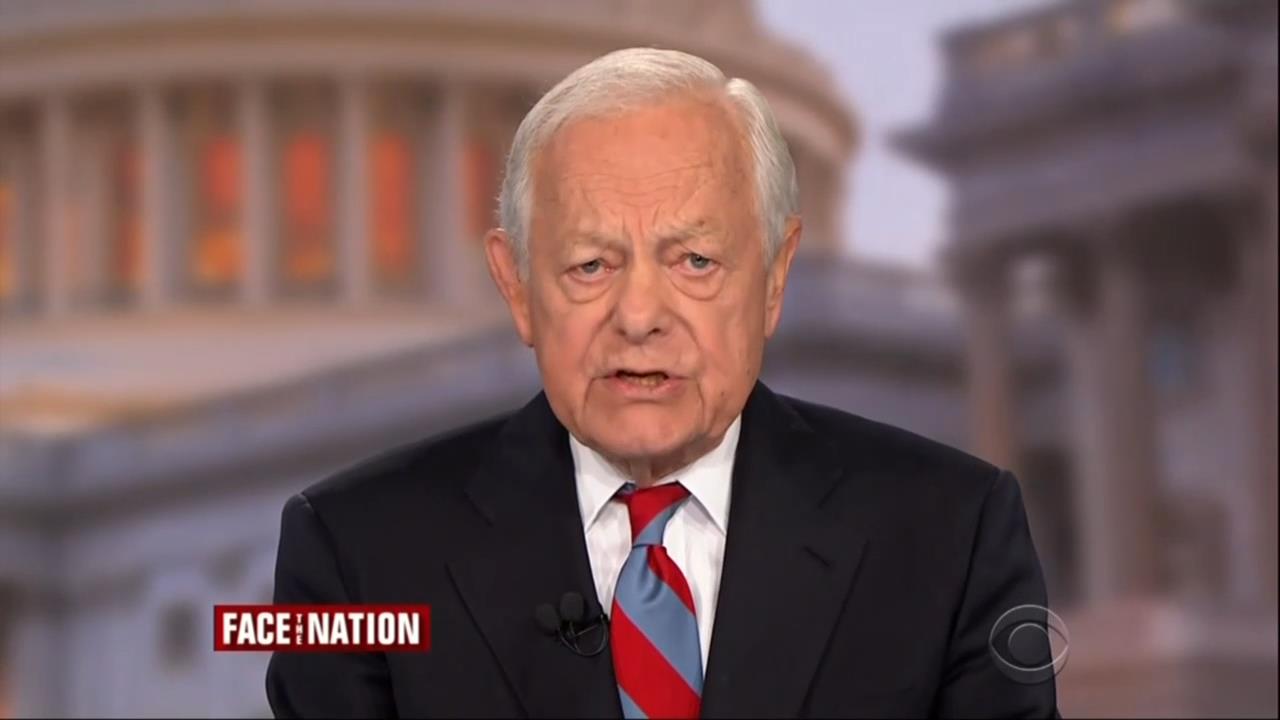 CBS anchor Bob Schieffer: "Some people say that your return means that Willie Horton is back. That the Massachusetts furlough program is back. That dirty politics is back, the kind of campaign that was waged in 1988. What do you say to that?"

RNC Chairman Rich Bond: "Well, you know what I say to that? I say that I'm sick and tired of hearing about Willie Horton. And when we talk about Willie Horton, this is what I want to talk about: Willie Horton was a no-good murdering rapist, and that's the point. And Mike Dukakis worked in the system, and defended the system that let him out on the streets."

“Senator Dole, when you embraced Oliver North, you began to back away from universal health care coverage...Some people said it is just a sign, that those moves are signs that the right wing, the far right, is slowly taking over the Republican Party, and maybe taking over in a way that the left wing took over in 1972...How do you feel about the impression that some people have, that the right wing, the far right wing, is moving into a very dominant position in the Republican Party. Do you think that's true?"

“Mr. Cain, I have to ask you what is the point of that? Having a man smoke a cigarette in a television commercial for you?...Well, let me just tell you, it’s not funny to me. I am a cancer survivor like you. I had cancer that was smoking related. I don’t think it serves the country well, and this is an editorial opinion here, to be showing someone smoking a cigarette. You’re the frontrunner now and it seems to me as frontrunner you would have a responsibility not to take that kind of a tone in this campaign....Why don’t you take it off the Internet?”

Sarah Palin: Nothing but a Daffy, Delusional Joke

"My guess is she's not ever going to run for anything and I think if she did, I don't think she would get very far....I think she'll be a great attraction out, you know, as an amusement. She's interesting, she's a celebrity. But I can't imagine that she has much future in politics. I really don't."

"She came, she saw, she wowed them. It was standing room only, and when the photographers saw her, it was like the Fourth of July....Seldom referring to notes, she argued that much of the system is broken and must be fixed. There seemed to be no detail she did not know, no criticism she had not considered....All sides agreed it was a boffo performance. Republicans were impressed. Democrats just loved it." CBS Evening News on September 28, 1993. 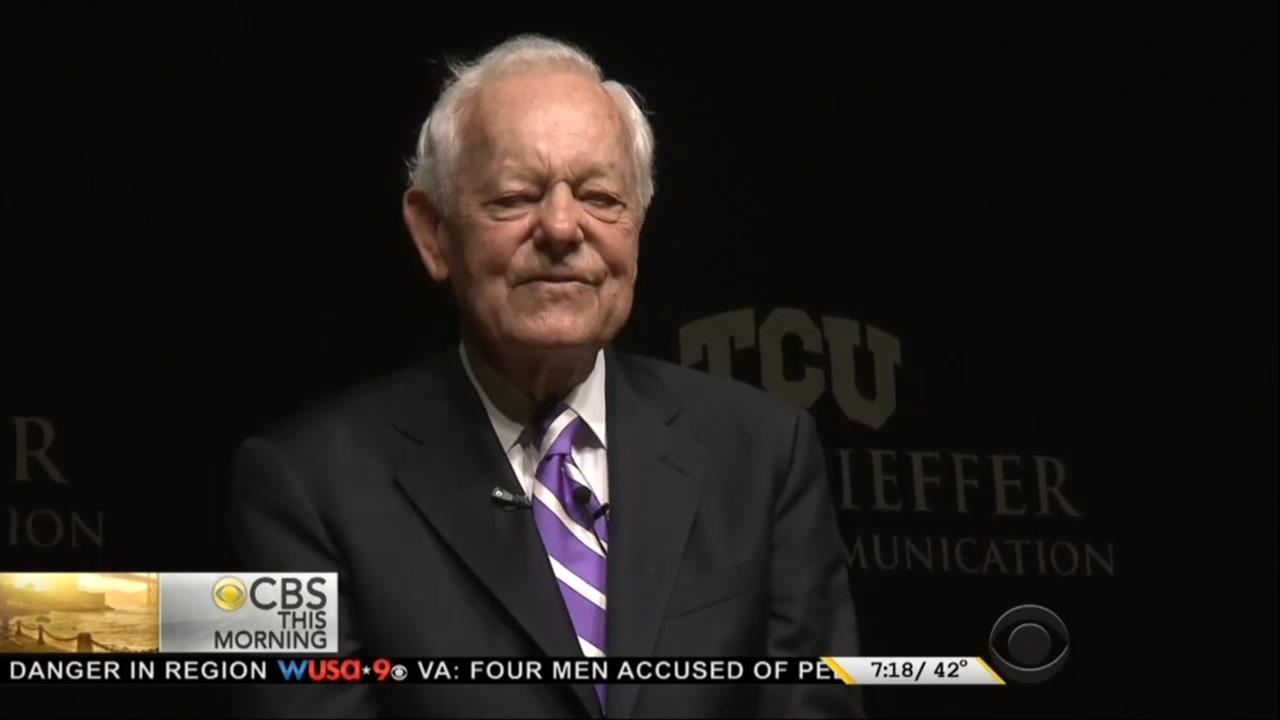 “A campaign that’s turned down and dirty: Down in the polls, the McCain campaign has found a new attack dog.... Yesterday she [Sarah Palin] took after Barack Obama in a style reminiscent of Spiro Agnew when he was Richard Nixon’s running mate.”

"The Acting President: Ronald Reagan and the Supporting Players Who Helped Him Create the Illusion That Held America Spellbound"

"He's [Franklin Roosevelt] one of the top three Presidents, and perhaps the greatest President....I think he was a great President. He left a great legacy. And I would like to think that the things that he stood for, that Americans deep in their hearts still feel the same way."

For the Love of Obama

“You had a tough summer. We saw the rise of ISIS, the outbreak of Ebola, trouble in the Ukraine, illegal immigrants coming across the border. Did you ever go back to the residence at night and say, ‘Are we ever going to get a break here?’...You came here talking about hope and change. Do you still hope? Is change, was it harder than you thought it would be?”

— Two of host Bob Schieffer’s questions to President Obama in an interview shown on CBS’s Face the Nation, November 9, 2014.

“This was a speech that had some music to it, as they used to say. He coined a few phrases in there, talked about the ‘unfinished task before us,’ sort of reminiscent of what Lincoln said in the Gettysburg Address.”

“It seems to me that there is a sort of meanness that’s settled over our political dialogue. It started this summer at these town hall meetings....President Carter is now saying that he thinks it’s racial. Nancy Pelosi says it could be dangerous. What do you think it’s all about?”

"People are just stunned. It's such a wacky charge, and a weird way to go about it....I don't know what Bernie was driving at. It just sounds bizarre."