BuzzFeed COMPLAINS About Lack of Censorship in Meta’s VR Metaverse

A censor every hour to help liberal media tyrants keep power? If media outlet BuzzFeed gets its way, censorship could be more invasive in the metaverse even than on current social media platforms. 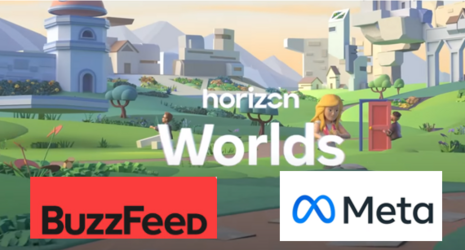 The "Qniverse” contained other content considered stereotypical “misinformation” by the outlet, such as the phrase “Long live Trump” and an Alex Jones “soundtrack.” BuzzFeed then reported that the “private, invitation-only” space was not censored by a content moderation system in Meta’s Horizon Worlds, despite BuzzFeed flagging the content.

The media outlet admitted, however, that the private nature of the so-called “Qniverse,” the lack of “engagement” and membership of only four may have been factors in why Meta reportedly decided that the “Qniverse” did not violate its policies. Reclaim The Net pointed out how invasive Meta’s censorship tech would need to be to moderate such small, private Horizon Worlds for whatever leftists currently call “misinformation.”

Meta’s Facebook has consistently shown itself to be biased against free speech. Furthermore, a number of facts once aggressively dubbed “misinformation” by the media and Big Tech have since been acknowledged as plausible even by leftists, such as the COVID-19 laboratory leak origin theory.

BuzzFeed News published the entire [Steele] dossier in 2017, a dossier still reportedly online with a note that its “allegations are unverified.” A key source for the document was charged with “lying” to the FBI. NewsGuard, which MRC Free Speech America found to be heavily biased in favor of left-wing media outlets, still awarded BuzzFeed News a perfect “100” score.

Even some liberals are highlighting how extreme censorship of free speech has become. HBO host Bill Maher recently slammed authorities who have enforced a certain COVID-19 narrative on social media and been wrong, saying of the laboratory leak theory, “Now our intelligence agencies agree that it might have [happened].”

AppleTV show host Jon Stewart defended podcast host Joe Rogan when the left sought to cancel Rogan. Former Vox journalist Matthew Yglesias wrote on his Substack, “[I]t is very hard to think of any cure for misinformation that would not be worse than the disease.” Yglesias concluded,“[T]hings are getting harder because information has gotten better.”

Conservatives are under attack. Contact Facebook headquarters at (650) 308-7300 and demand that Big Tech be held to account to mirror the First Amendment while providing equal footing for conservatives. If you have been censored, contact us using CensorTrack’s contact form, and help us hold Big Tech accountable.