The Nine Realms (or perhaps, in this case, the Hundred Realms) may soon be part of our reality, not just a superhero movie concept. Meta is only one of the multiple companies rushing to create a plan for their own metaverse, and several of these tech companies have a history of censorship. 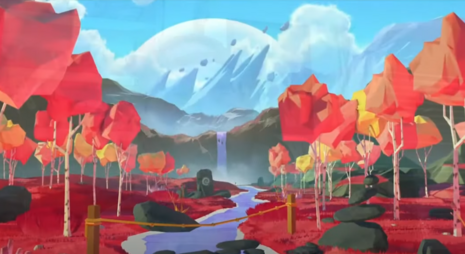 Facebook created online shockwaves when it announced that it was renaming itself Meta to show its commitment to making the metaverse a reality. Meta’s more virtual reality (VR)-focused metaverse is one of many metaverse proposals. Niantic CEO and Pokémon Go developer John Hanke objected to Meta’s plan, proposing a more augmented reality (AR)-focused metaverse instead, allowing people to see digital fiction overlaid on the world while interacting with reality.

Disney just announced that it was looking to create a metaverse, too. Disney CEO Bob Chapek reportedly said, “My vision is to use Disney+ as the platform for the metaverse.”

Axios reported that “the concept of bringing people together in a virtual interactive world is suddenly lighting up earnings calls.” Microsoft, Alibaba, Sony, and TikTok have all expressed interest in or launched metaverse initiatives. The government of Barbados has reportedly signed an agreement with metaverse platform Decentraland to create a virtual embassy in the metaverse.

Tech companies are not the only ones interested in the metaverse. Nike has already reportedly filed seven trademark applications, which would allow the company to sell virtual branded products.

This explosion of meta-creativity should stoke concern, because many of these companies have a history of biased censorship. Facebook earned a “F” grade for free speech and for overall online freedom on MRC Free Speech America’s latest Big Tech report card. Microsoft-owned LinkedIn has a history of censoring conservatives.

Some of the companies have ties to the censorship-focused, anti-American Chinese Communist Party (CCP). Alibaba is controlled by the CCP and TikTok’s parent company ByteDance is so linked to the CCP that former President Donald Trump issued a 2020 executive order targeting TikTok as a national security risk. Nike President & CEO John Donahoe said in June, “Nike is a brand that is of China and for China.” Disney has been culpable both for censorship and pandering to China.

The number of companies interested in the metaverse is only likely to increase, which will raise interesting questions about how the different metaverses will operate when largely controlled by companies with a leftist bent.