WISING UP! Most Americans Don’t Trust Big Tech With Their Data

The majority of Americans don’t trust many Big Tech companies with their data, especially on social media, according to a new survey. 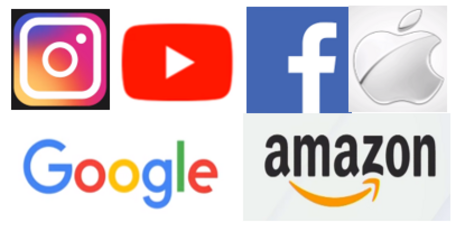 A Washington Post poll found that Americans of diverse political persuasions largely agree that social media cannot be trusted with their information and that targeted ads are “annoying and invasive” (82 percent of respondents).

The Post noted that, while technology becomes ever more embedded in people’s lives, Americans seem to have little trust for the companies they regularly use. Social media companies are the least trusted of all.

Facebook, for instance, has 3 billion monthly users globally but 72 percent of Americans trust Facebook “not much” or not “at all,” according to the poll. Sixty-three percent of respondents gave the same negative response for TikTok, while 60 percent recorded distrust for Instagram and 53 signaled skepticism of YouTube.

Amazon was the only tech company to be rated trustworthy by a majority of respondents. The Washington Post is owned by Amazon’s founder Jeff Bezos.

The Post said, “About 8 in 10 Internet users say that tech companies do not provide enough control over how information about their activities are tracked and used.” The poll also found that 7 in 10 Americans believe that their phones secretly listen in on them. This is interesting in light of proposed technologies such as Apple’s plan to collect extensive, invasive private data from phones to use in diagnosing mental health issues.