Wisconsin HITS BACK at Big Tech: 2 Proposals Would Allow Users to Sue for Censorship 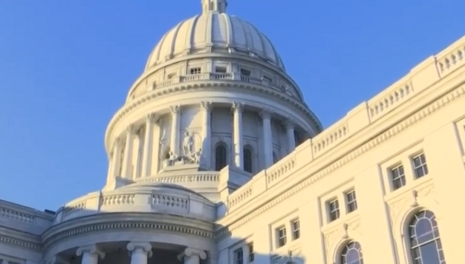 Wisconsin Democrat Rep. Gary Hebl (D-Sun Prairie) opposed the bills and reportedly claimed at an Assembly Committee on Constitution and Ethics public hearing that less online censorship allows dangerous “alternative facts” online. “If we could have had social media rely on factual rather than alternative facts, Jan. 6 may never have occurred,” Hebl reportedly asserted. “I don’t know what Jan. 6 has to do with this bill,” Horlacher replied.

Unsurprisingly, WPR, an affiliate of liberal National Public Radio, made concern over Jan. 6 and so-called “misinformation” a central point in its piece.

Bill author Rep. Shae Sortwell (R-Two Rivers) reportedly explained at the hearing, “Americans, including journalistic enterprises, are increasingly finding that their speech is being blocked, being hidden, being subverted by the very public forums that they use most often to communicate.”

The two proposed bills have slightly different targets, although both allow tech companies to be sued for censorship. WPR summarized that Assembly Bill 589 would prevent censorship of “media enterprises” based on their broadcast or publication content. WPR also described another Wisconsin bill under consideration:

“Assembly Bill 530 would prevent the censorship of posts by or about political candidates and elected officials. The bill would also ban ‘post prioritization’ (pushing certain posts higher or lower on a feed) and would require social media companies to publish their moderation standards and notify users of any attempt to censor their content.”

Rep. Elijah Behnke (R-Oconto) reportedly said at the hearing that Facebook had censored him for sharing information on a vaccine mandate protest rally that very morning. Shotwell and Horlacher cited Florida and Idaho legislation as models for their proposed bills.