Just shy of 24 hours after U.S. District Judge Andrew Hanen halted President Barack Obama’s executive amnesty, the major broadcast networks displayed their palpable opposition to the ruling during their Tuesday night broadcasts, lamenting that it “dashes American dreams for millions of families under the threat of deportation” after Wednesday was set “to be a historic day for millions of illegal immigrants” when they could apply for legal status.

The three newscasts offered a minuscule 18 seconds highlighting those against Obama’s executive action (not including quotes from Hanen’s ruling) throughout their 5 minutes and 58 seconds of coverage.

On the CBS Evening News, anchor Scott Pelley bemoaned that “tomorrow was supposed to be a historic day for millions of illegal immigrants” as “[t]hey would be able to begin to apply for legal status under immigration reform that President Obama implemented by executive action over the objections of Congress.” Pelley continued by telling viewers how that was not going to happen after “a federal judge's ruling has now put all of that on hold.”

At the end of his report, CBS News chief White House correspondent Garrett brought up the Republican reaction to the decision: “Republicans countered this ruling showed the President acted outside the law and the administration should now back down.”

Meanwhile, on the NBC Nightly News, interim anchor Lester Holt declared that “[t]he showdown over immigration” had taken “a dramatic turn” as the court case “dashe[d] American dreams for millions of families under the threat of deportation” leaving them “in limbo.”

NBC News senior White House correspondent Chris Jansing led off her segment from the view of victims, telling stories of two millennial-aged illegal immigrants who are affected by the ruling. Jansing fretted how one young woman’s “dream of working for the FBI may not come true” while another’s “future plan” of obtaining a Ph.D. “is at stake.”

She reported that Obama’s action in November “gave hope to them and more than 4 million other undocumented immigrants” but now are blocked by Hanen’s decision. Continuing the abysmally skewered coverage, a soundbite was heard from NBCNews.com contributor Raul Reyes, who worried that the lives of those looking to apply for legal status “are on hold.”

The only opposition in the segment came as Jansing noted that 26 states are a part of the suit and played a clip of Republican Governor Greg Abbott that, added together, made for a total sum of 9 seconds.

Later, Jansing touted how “[m]illions of others who hope to be citizens one day wait” as “activists” staged “rallies and press conferences with emotions running high.”

Finally, ABC’s World News Tonight featured anchor David Muir announced that the news is “a new standoff over immigration” and spun President Obama’s response to the case as “shooting back” late Tuesday afternoon. Correspondent Jonathan Karl then followed a clip of the President’s response and, as he did on Tuesday morning, failed to note any opposing viewpoint to Obama’s executive action.

The relevant portions of the transcript from the CBS Evening News with Scott Pelley on February 17 can be found below. 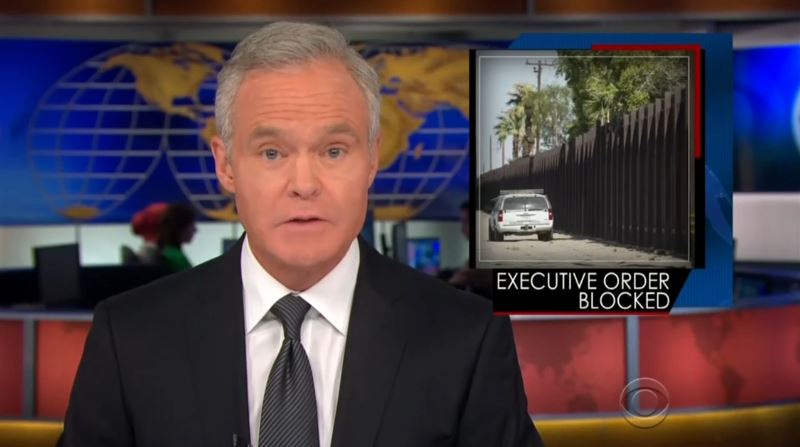 SCOTT PELLEY: In another important story today, tomorrow was supposed to be a historic day for millions of illegal immigrants. They would be able to begin to apply for legal status under immigration reform that President Obama implemented by executive action over the objections of Congress, but a federal judge's ruling has now put all of that on hold

MAJOR GARRETT: The President said Congress’s Republican majority could end this legal uncertainty by passing an immigration bill he could sign. Scott, Republicans countered this ruling showed the President acted outside the law and the administration should now back down.

A partial transcript of the tease and segment from NBC Nightly News on February 17 is below. 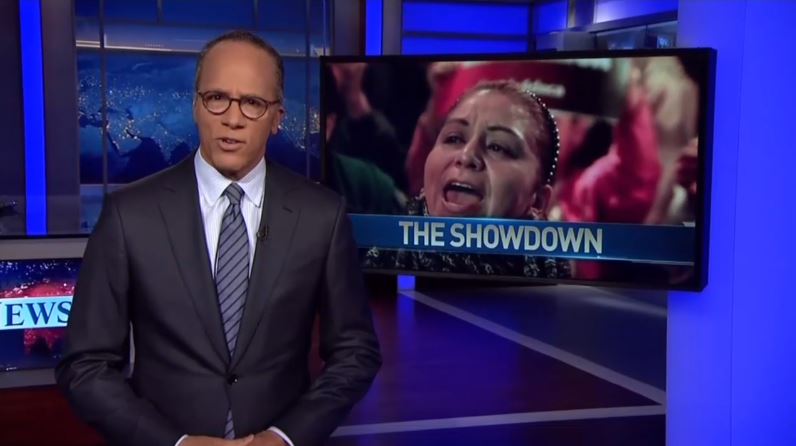 LESTER HOLT: The showdown over immigration takes a dramatic turn. A last-minute ruling dashes American dreams for millions of families under the threat of deportation.

HOLT: Now to a major twist in the battle over immigration. A little more than 24 hours before President Obama's executive order was set to take effect, which could stop the deportation of some undocumented immigrants, a federal judge ruled that the President overstepped his authority and now that leaves millions in limbo. Our senior White House correspondent, Chris Jansing, has the details.

CHRIS JANSING: Tonight, Andrea Gabelones is devastated, worried her dream of working for the FBI may not come true.

ANDREA GABELONES: You know, we were so ready for this and then today it just crushed us, you know?

JANSING: In Texas, Alfredo Garcia's future plan, a Ph.D program at Notre Dame, is at stake.

ALFREDO GARCIA: All the possibilities that I have in the future just vanished.

JANSING: The executive actions President Obama signed in November gave hope to them and more than 4 million other undocumented immigrants that they could live and work here legally, but a 123-page decision by District Court Judge Andrew Hanen temporarily blocks the changes.

NBCNEWS.com CONTRIBUTOR RAUL REYES: For the people who would be potentially affected by the new programs, this means their lives are on hold. 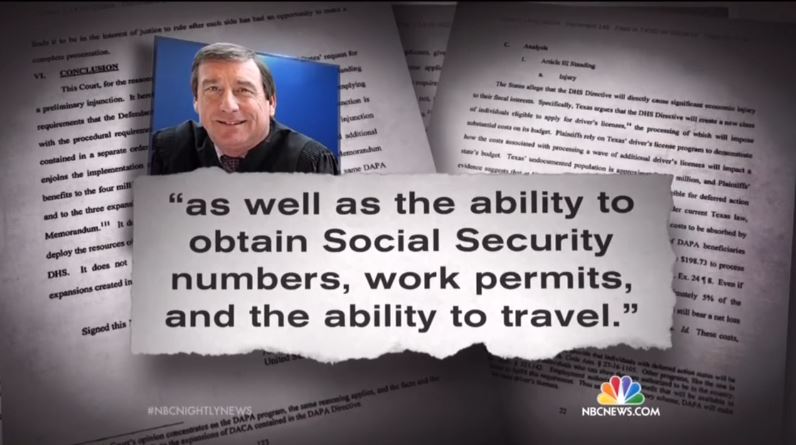 JANSING: The order would have meant protection from deportation, as well as the ability to obtain Social Security numbers, work permits, and the ability to travel, but once these services are provided, the judge wrote, “there will be no effective way of putting the toothpaste back in the tube should the plaintiffs ultimately prevail.” Those plaintiffs? 26 states led by Texas.

JANSING: Across the country, activists on both sides organized rallies and press conferences with emotions running high. Millions of others who hope to be citizens one day wait.

The full transcript of the segment from ABC’s World News Tonight with David Muir on February 17 is transcribed below. 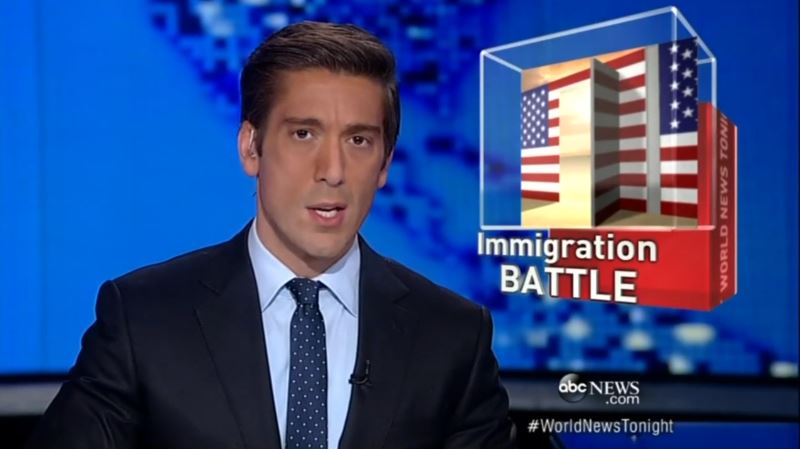 DAVID MUIR: Breaking news from the White House tonight amid a new standoff over immigration. A Texas judge blocking the President's executive order that would have offered protection and work permits for up to 5 million undocumented immigrants here in the U.S. Well, late today, the President shooting back.

PRESIDENT BARACK OBAMA: We should not be tearing some mom away from her child when the child has been born here and that mom’s been living here for the last ten years.

MUIR: So, let's get right to our chief White House correspondent Jonathan Karl tonight because, Jon, you just learned how the White House plans to fight this and how long it could take?

JONATHAN KARL: Well, David, this judge's order stops the President’s controversial immigration plan in its tracks. The Department of Homeland Security had planned to start taking applications for work permits tomorrow. Today, they announced that that is not going to happen.