On Tuesday, the Government Accountability Office (GAO) released a new report documenting how abortions are being funded by taxpayers under ObamaCare despite a provision in the law stating that abortions will not be covered under ObamaCare insurance plans. When the Tuesday evening newscasts for the major broadcast networks had passed, however, none of them devoted even a second to the story.

According to the report, 28 states (plus D.C.) did not restrict ObamaCare insurance plans that included abortions as a benefit while 23 states did have that restriction in place. In addition, the GAO found that 17 out of 18 insurers sampled did not bill individuals separately for abortion coverage within their plans.

As an article posted on Fox News’s website noted:

President Obama issued an executive order in 2010 that barred federal funds from being used for abortions, except in the case of rape, incest or when the life of the woman was in danger. The order was consistent with a statute passed by Congress in 1976 known as the Hyde Amendment.

Therefore, while insurance plans sold through the health law’s exchanges can offer abortion coverage, the policyholder is required to pay a separate premium for that coverage.

Fox News Channel’s main evening newscast, Special Report with Bret Baier, offered a full story on the GAO report from FNC’s chief national correspondent Jim Angle that lasted nearly two and a half minutes. All told, Angle said that “more than 1,000 insurance plans in 28 states have provided elective abortions at taxpayer expense” even though President Obama “had promised that would not happen.”

The blackout of network coverage regarding ObamaCare is nothing new as ABC, CBS, and NBC skipped news this week that as many as 115,000 people may lose their insurance coverage if their legal status in the U.S. is not verified by the end of September.

Additionally, the networks completely omitted on Monday and Tuesday any mention of how less than half of the income discrepancies of those seeking subsidies to purchase insurance through an ObamaCare exchange have been resolved with the deadline two weeks away.

In one example of what the networks had time for instead of this latest ObamaCare bombshell, ABC World News Tonight with David Muir covered an admission from singer Robin Thicke that he was high on drugs and alcohol when he wrote the song “Blurred Lines” and could not have stolen it from a Marvin Gaye song (as alleged in a lawsuit by Gaye’s family). Another example was NBC Nightly News choosing to conduct a news brief on the new look of Spirit Airlines, which will now include a bright yellow paint scheme.

The complete transcript from the segment that aired on FNC’s Special Report with Bret Baier is transcribed below. 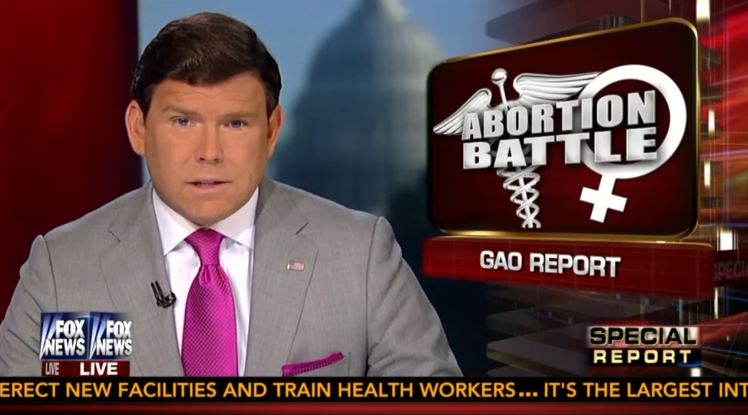 BRET BAIER: A major compromise over abortion was one of the keys to the Affordable Care Act, but now there’s word that compromise is being ignored as ObamaCare is now, of course, law. Chief national correspondent Jim Engel explains

JIM ANGLE: The Government Accountability Office issued a report saying that, contrary to the health care and other laws and the President's own promises as well as an executive order, more than 1,000 insurance plans in 28 states have been provided elective abortions at taxpayer expense. The President, however, had promised that would not happen.

PRESIDENT BARACK OBAMA [ON MARCH 9, 2009]: Under our plan, no federal dollars would be used to fund abortions and federal conscience laws will remain in place.

ANGLE: The following March, he issued an executive order saying “it is necessary to establish an adequate enforcement mechanism to ensure that federal funds are not used for abortion services except in cases of rape or incest or when the life of the woman would be endangered.”

ANGLE: One Democrat knows the law actually required people to write two checks, one for the basic policy and one for any additional coverage for abortion.

CONGRESSMAN DAN LIPINSKI (D-ILL.): If you wanted to buy a coverage for abortion, that would be completely separate in the rest of the health care plan.

ANGLE: But that hasn't happened in more than 1,000 plans and activists are not happy about it.

TONY PERKINS: The citizens of this country should not be forced into a playing of some type of a game of moral Russian roulette when they’re trying to find a health care plan.

ANGLE: When GAO asked officials, HHS and other agencies pointed the finger at the states, saying, like other provisions in the law, “states and state insurance commissioners are the entities primarily responsible for implementing and enforcing the law.” But one Republican summed it up this way: 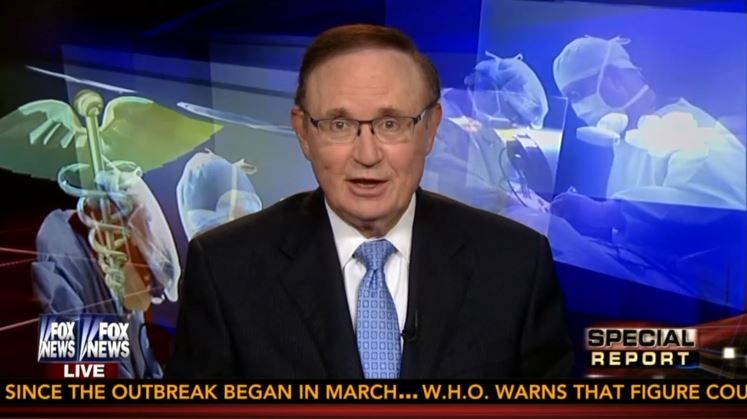 CONGRESSMAN CHRIS SMITH (R-N.J.): It is the greatest expansion of public funding for abortion in the history of the United States.

ANGLE: Now, officials did tell the GAO they acknowledged that additional clarification may be needed and officials say federal agencies will provide additional guidance in the coming days to help ensure future compliance. After all that has been done but ignored, though, it will be a lot tougher to get anyone's attention. Bret?