After President Obama’s speech on confronting the Islamic terrorist group ISIS on Wednesday night, each of the major broadcast networks offered some brief analysis before returning to regularly scheduled programming. Over on CBS, Face the Nation host Bob Schieffer anchored that network’s coverage and had nothing but good things to say in the few minutes before CBS’s coverage concluded.

Schieffer told the audience that Obama’s speech “shows us a real evolution in where the President was just in the last week of August” when he told reporters at a press conference that “we don’t have a strategy yet” in how to deal with ISIS and particularly in Syria.

Further, Schieffer declared in a favorable manner toward the White House that “[n]ow this represents a major change in American strategy.”

Just prior, he highlighted what he believed was the President’s strongest remark of the evening, which was “[i]f you threaten America, you will find no safe haven,” but failed to cite the fact that the President did not detail a timetable for how long it would take to defeat ISIS or how much it would cost.

Schieffer’s positive remarks for the President were in contrast to a report from CBS News senior White House correspondent Major Garrett hours before the President spoke, which pointed out a number of criticisms that were going to come based on what was known about what Obama would say at the time.

During Wednesday night’s CBS Evening News, Garrett pointed out to Schieffer (who served as substitute anchor for Scott Pelley) that:

The President's speech will attempt to erase any doubt about what his strategy is against ISIS, but it will leave, Bob, unanswered questions about cost and duration, leaving the White House open to criticism that it is asking the country and Congress to write a blank check for an open-ended military campaign against ISIS.

The relevant portion of the transcript from after the President’s speech during a CBS News Special Report on September 10 is transcribed below. 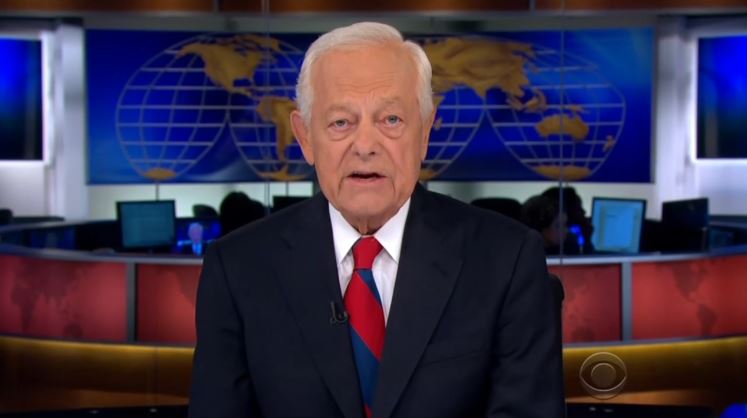 BOB SCHIEFFER: So, the President of the United States lays out a strategy to defeat and destroy ISIS, or as they're sometimes called, ISIL and this speech tonight shows us a real evolution in where the President was just in the last week of August, when he said “we can't put the cart before the horse.” We have – “we don't have a strategy yet.” Tonight, I think the key words that he spoke were “If you threaten America, you will find no safe haven.” He went on to say he's going to expand and intensify the air war. He will go after the terrorists wherever they are, including Syria. Now this represents a major change in American strategy. I think he also said he’s going to send about 400 more American troops there to aid in support roles that will bring the population of American military there to about 1500.

The complete transcript from the segment that aired during the CBS Evening News on September 10 is transcribed below. 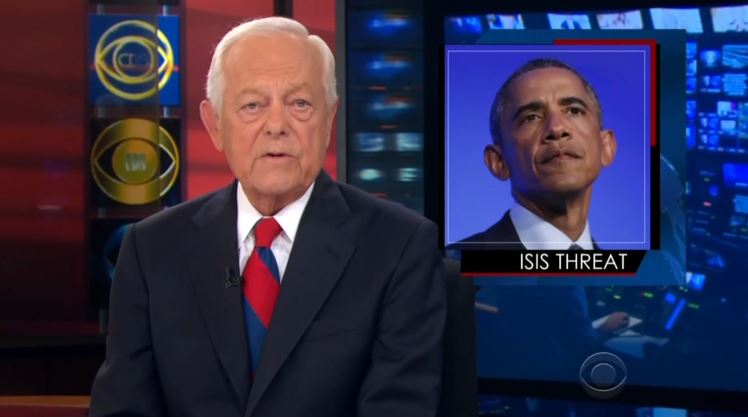 BOB SCHIEFFER: We want to turn now to the President's speech tonight and on the eve of the 13th anniversary of 9/11, Mr. Obama goes on television to tell us his latest thinking on how to combat the threat posed by the ISIS terrorists. Every indication is he'll order a wider and a more-intense bombing campaign into northern Iraq and Syria. We have a team of correspondents covering this story and we go first to our chief White House correspondent Major Garrett. Major.

MAJOR GARRETT: Bob, President Obama will tell the nation tonight the U.S. objective is to first degrade and ultimately destroy ISIS, also known as ISIL. In an excerpt just released by the White House, the president will also say the strategy “will,” quote, “not involve American combat troops fighting on foreign soil. This counter-terrorism campaign will be waged through a steady, relentless effort to take out ISIL wherever they exist using our air power and our support for partner forces on the ground.” The President is calling for a multi-front campaign against ISIS. More airstrikes to help Iraqi and Kurdish forces retake territory in northern Iraq. There have been 154 strikes so far. The daily frequency could double or triple. The air war will expand to Syria, but not until there is better intelligence on ISIS targets there and the U.S. will launch a more aggressive effort to train and equip moderate rebel forces fighting ISIS inside Syria. In an Oval Office phone call with Saudi Arabia's King Abdullah, the President supported the kingdom's support for that training. The administration always pressed Congress for funds and legal authority to carry out that part of the strategy. But the President's critics, including former Vice President Dick Cheney, say he has been too cautious.

FORMER VICE PRESIDENT DICK CHENEY: Too often threats and aggression have been met with stern declarations of inaction by the United States, supported by lengthy explanations of our inability to shape events. 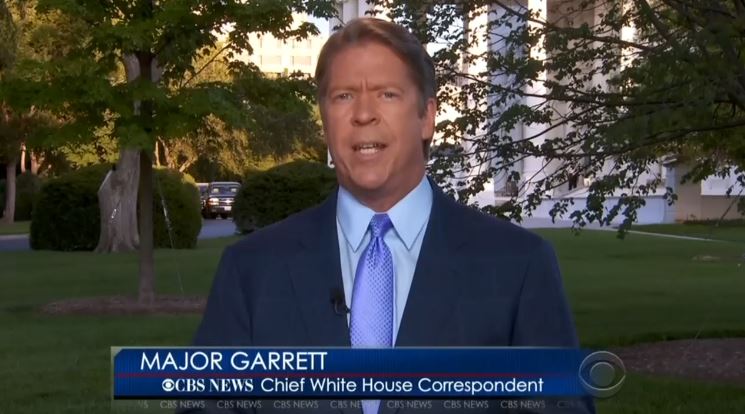 GARRETT: The President's speech will attempt to erase any doubt about what his strategy is against ISIS, but it will leave, Bob, unanswered questions about cost and duration, leaving the White House open to criticism that it is asking the country and Congress to write a blank check for an open-ended military campaign against ISIS.