Fresh Prince to Stay in Bel-Air: Will Smith Pulls Film out of Georgia Over Voter Law 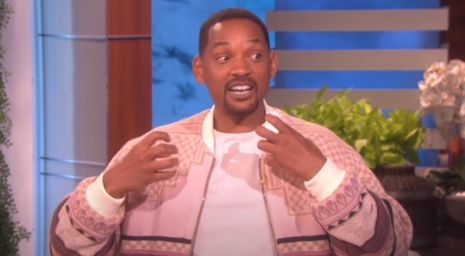 Will Smith just had a $15 million temper tantrum. As reported by Variety, Georgia just lost its first major movie production over its new voter legislation. Emancipation, directed by Antoine Fuqua and starring Will Smith, is being moved to a new state without “regressive voting laws.”

The film encompasses the life of a runaway slave called “Whipped Peter” who is fleeing Louisiana to the north for freedom. After beating out Warner Bros., Apple Studios bought the film for around $130 last June. It’s a pre-Civil war thriller and because of Georgia’s Voter ID law, the filmmakers “felt compelled” to move production processes. The controversy erupted since people seem to think that common sense voting standards are apparently racist.

Fuqua and Smith released a joint statement to explain their decision:

At this moment in time, the Nation is coming to terms with its history and is attempting to eliminate vestiges of institutional racism to achieve true racial justice. We cannot in good conscience provide economic support to a government that enacts regressive voting laws that are designed to restrict voter access. The new Georgia voting laws are reminiscent of voting impediments that were passed at the end of Reconstruction to prevent many Americans from voting. Regrettably, we feel compelled to move our film production work from Georgia to another state

This is the first high profile Hollywood production to leave the state, but more will hop on the SJW bandwagon. Despite Stacey Abrams encouraging Hollywood to not boycott GA but rather “fight” and “win” (because necessary voting laws are something to fight against), many in the industry want to punish the state. James Mangold said back in March that he was going to boycott making movies in GA and Star Wars actor Mark Hamill shared “#NoMoreFilmingInGeorgia.” The tantrums are getting annoying at this point.

Georgia offers generous production tax incentives and has been quite the hub for major Hollywood productions but money didn’t seem to matter for the Emancipation film. The move and hissy fit cost around $15 million. Clearly a good use of money. But, according to Deadline who seems to agree with the decision to uproot the production, “Carrying the familiar Peach symbol on this particular Apple film could undermine the power of the movie’s subject matter.” Good heavens.

Guilt by association is all the rage on the left, and cancel culture has celebrities in fear of any and every decision. Rightfully so. For SJW’s and the woke mob, filming a major movie in a state that has “voter suppression” could lead to cancelation. It’s pretty gross that people are acting like clear morons in protest for a law that should have already been in place.