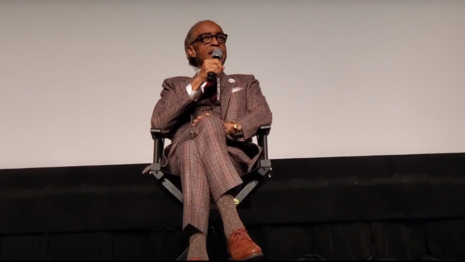 Race hustling MSNBC host was inciting riots and deadly arson against New York Jews before Irving was born. So the timing of a positive new documentary about Sharpton is … ironic. And for John Legend to executive produce it and Joe Scarborough to promote it is flat-out hypocritical.

So what is the deal here?

Al long ago laundered his image, losing weight and trading in the shiny tracksuit and gold chains for a tie, an MSNBC job and close ties to left-wing politicians. Had it had one, MSNBC’s reputation would have taken a hit. The English language certainly did.

Conversely, Ye has recently shown himself to be quite conservative and even sinned greatly by supporting Trump. While Kyrie’s politics are less clear-cut, he refused to take the COVID-19 vaccine, which undoubtedly alienated him from the mainstream left.

So are progressives proponents of canceling antisemites, or is it only when convenient?

Al Sharpton’s antisemitism was more virulent and harmful than anything Ye or Irving said. His race hoaxes ruined lives and he’s never shown any contrition.

Based on the reviews and summaries, the documentary does not even address Sharpton’s antisemitic actions let alone condemn them. One example of this was the 1995 firebombing of Freddy’s Fashion Mart.

The saga began due to a rental dispute. The United House of Prayer, a large black church and major Harlem landlord, raised the rent of the Jewish-owned Freddy’s Fashion Mart clothing store. It had been established in the same location for over 40 years.

Due to the black church and its black real estate broker raising rent, Freddy's needed to raise the rent on its sub-tenant, which was a black-owned record store. What followed was a typical landlord-tenant dispute.

It did not have to be racialized whatsoever, but Sharpton could not resist.

According to MRCTV, “Roland James Smith, Jr., who had been part of Sharpton's protests, walked into Freddy's Fashion Mart, pulled out a gun, ordered all the black customers to leave, spilled paint thinner on several bins of clothing and set them on fire.” The fire killed himself and seven innocent victims.

Sharpton’s radio shows and rallies platformed racial hate from others as well as himself. He even said, "I want to make it clear to the radio audience and to you here that we will not stand by and allow them to move this brother so that some white interloper can expand his business on 125th Street.”

The evidence is clear that Sharpton was a dangerous antisemite at a level much more severe than Ye and Irving. Yet Ye and Irving have been completely canceled while Sharpton has been embraced.

T. Becket Adams summed it up in a tweet: “kinda amazing that Kayne & Kyrie have been shot into the sun for being anti-Semitic wackadoodles, while Al Sharpton, who once whipped up a riot targeting Jews in Brooklyn, continues to enjoy considerable power & prestige.”