Coaches Come to Jordan’s Defense...And the Media Ignore Them 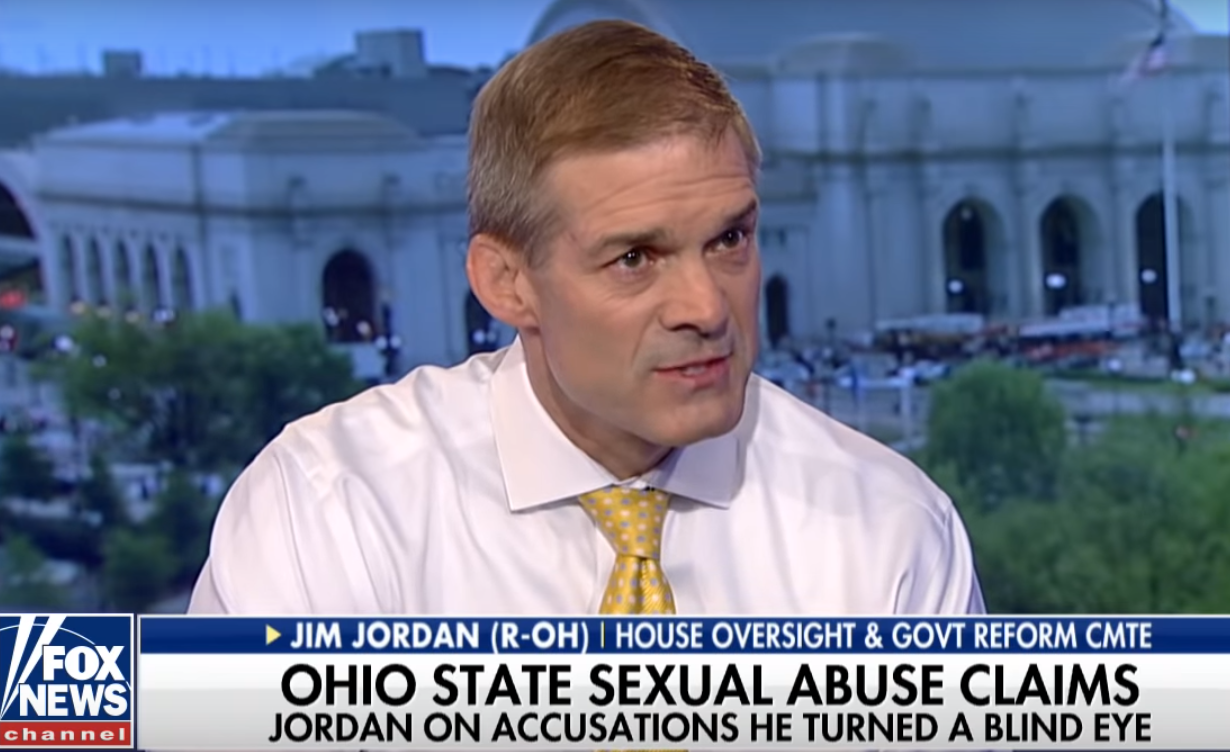 A bunch of people in a position to know say Jim Jordan did not enable sexual harassment as a college wrestling coach, but you would hardly realize that if you follow the liberal media.

On June 9th, six wrestling coaches who personally know and worked with Jordan when he coached at Ohio State University came to his defense against recent sexual harassment allegations. Jordan, a republican congressman from Ohio and a candidate for Speaker of the House, was accused recently of ignoring the sexual misconduct of former team doctor Richard Strauss. In a joint statement issued on monday, Jordan’s former colleagues supported his denial of the claims and attested to his character.

“What has been said about Jim Jordan is absolutely wrong,” they stated. “We all worked on the wrestling coaching staff during Jim’s tenure at The Ohio State University. None of us saw or heard of abuse of OSU wrestlers.”

Rex Holman, a former assistant coach for OSU, called Jordan a “leader” and said he was “very protective of his athletes.” In addition John Dougherty, a volunteer coach for the team in the 80s, described Jordan’s supportive character and stated that he was “available seven days a week, twenty-four hours a day, for [the] wrestlers regarding any wrestling, academic or personal matter.”

Coming from six upstanding men who know Jordan, the statement has a lot of weight when put in contrast to the claims of eight wrestlers, at least one of which has a criminal history. Yet, since the statement became public on monday, much of the media has ignored it.

On tuesday, Slate posted an article with the headline “Jim Rat” in which they failed to mention the statement and generally characterized Jordan’s defense as weak. Supposedly his supporters “speculate that while he may have heard about the groping while he was at OSU, he didn’t recognize it as abuse.” That’s the only pro-Jordan remark they gave.

On Monday night, Salon wrote about Jordan but failed to mention the coaches at all and instead claimed that the “refusal of Jordan's supporters to consider that the seven men who say he was aware of wrongdoing could be telling the truth is inexcusable.”

ESPN and Deadspin have also followed the trend. Both these sites have done multiple articles on Jordan but have failed to write about the coaches who have supported him.

It’s not like the media is tired of the story though. They were pleased to write about another wrestler anonymously accusing Jordan on Tuesday. The Daily Beast reported on him (without mentioning the coaches) and New York Magazine did a piece about him as well. Though they briefly mentioned Jordan’s supporters at the end of the article, New York Magazine has not devoted story to the coaches statement.

This flagrant bias on the part of the media should not come as a surprise though. Sexual harassment charges have long been a weapon of the left, and considering that Jordan is a staunch conservative candidate for Speaker of the House, the media will ignore all the facts they can in order to assassinate his character.