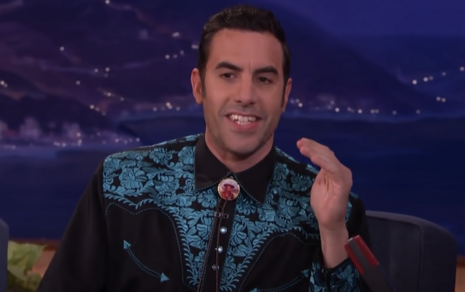 Hollywood’s worst reacted to Facebook extending its ban of the 45th president for another six months, and they either gloated or complained Facebook hadn’t gone far enough.

George Takei was the first celebrity to respond and of course he seemed generally pleased that his conservative bogeyman would be in the doghouse for the foreseeable future.

Takei tweeted, and then added a gleeful blurb about wishing he could see Trump’s face in reaction to the news:

The Facebook Oversight Board has upheld Trump’s ban, at least for the next six months when the Company is being asked to reassess the indefinite ban. I would love to be a fly on the wall in Trump’s suite at Mar-a-Lago right now. FLORIDA MAN TRASHES HOTEL ROOM IN FIT OF RAGE.

Iron Man 2 actor Don Cheadle then served up the dumbest response to House Minority Leader Kevin McCarthy's (R-CA) statement, which claimed, “Facebook is more interested in acting like a Democrat Super PAC than a platform for free speech and open debate.If they can ban President Trump, all conservative voices could be next.” Cheadle responded:

before or after you cancel @GOP liz cheney over her "free speech" ...? https://t.co/maKtRuCDHp

Mark Cheadle down as another celebrity clown with a kindergartner’s knowledge of civics.

Sacha Baron Cohen, who spearheaded a campaign to get Trump off of social media, wasn’t 100% satisfied with FB’s decision. He tweeted:

Mark--even your oversight board says Facebook shouldn't have special exemptions for politicians because they "have a greater power to cause harm than other people."

Yeah FB, when will you remove all politicians who don’t subscribe to Cohen’s specific version of the truth?

And John Cusack tweeted out his typical racist, anti-conservative nastiness. In response to the news, he surmised:

The issue with trump isn’t whether he should be allowed his free speech - it’s whether we have rule of law in USA -
He’s a mutiple felon who becouse he’s white rich - and was President - is walking the streets
He can tweet all he wants - - from Jail .

Oh yeah, thanks for that stunning discourse, Cusack.

Yup there you have it. Celebs support a third party corporate entity moderating the public square and deleting the speech they disagree with, and they expect us to believe they respect the “rule of law”? Yeah, leftist law.