The battle lines have been drawn and celebrities along with their woke corporate allies are declaring war against free and fair elections in the United States. 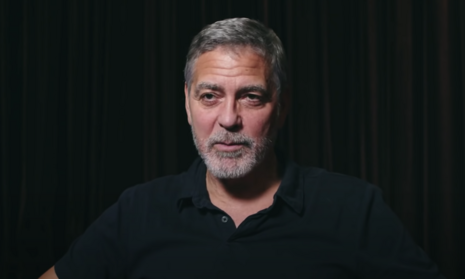 In yet another letter signed by Hollywood lefties, including George Clooney and J.J. Abrams, and corporate elites, the institutional left is telling conservatives to dismantle voter security bills like the one recently passed in Georgia.

The Hollywood Reporter wrote about the two-page open letter, titled “We Stand for Democracy,” that featured as an advertisement in both The New York Times and The Washington Post on Wednesday. The letter expressed the left’s opposition to “restrictions on voting,” which leftists accuse various Republican voter integrity bills of including.

These are the latest American businesses that are condemning states that pass stricter voter requirements. Within the last couple of weeks, major businesses like Major League Baseball, Coca-Cola and American Airlines have condemned the State of Georgia after Gov. Brian Kemp (R-GA) signed a voter bill into law which sought to incorporate various common sense safety measures to protect elections.

Other Hollywood elites have expressed angst over Republican voting measures like the new Georgia law or “SB7” passed by the Texas senate. Actor Mark Hamill and Ford V. Ferrari director James Mangold threatened to stop working on any films produced in Georgia – where Hollywood production is lucrative – and actresses Debra Messing and Piper Perabo have tried to get Southwest Airlines to boycott Texas over SB7.

The letter claimed, “We all should feel a responsibility to defend the right to vote, and oppose any discriminatory legislation or measures that restrict or prevent any eligible voter from having an equal or fair opportunity to cast a ballot.”

These left-wing radicals in politics, the media, and corporate America are feeding and circulating the lies that the various election integrity bills being passed by red states constitute “voter suppression” and are even “racist.” President Biden has led the charge with the slander referring to the bills as “Jim Crow in the 21st century.”

These bills incorporate common sense safety measures to protect elections, like requiring ID for absentee ballots, or reducing the number of mail-in ballots. Texas Lt. Governor Dan Patrick (R-TX) specified that SB7 mandates statewide rules so that vote “counts don't take days or weeks” and that “no voting machine can be connected to the internet to curtail hacking.” This is all basic stuff, so you have to wonder why lefties are so hysterical about it. Is it because they want our elections as porous as possible?