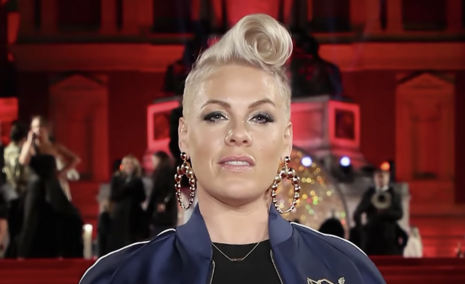 The current chaos in the United States following the murder of George Floyd is bringing much to light. At the very least, it’s showing normal folks just how anti-American and morally fetid the Hollywood left really is.

Though the country is reeling from racial upheaval, many of these millionaires have refused to try and de-escalate the rhetoric that has been driving anger, and have even stoked the tensions and/or have flat out called for more bigotry because it’s politically expedient for them. Conservative-haters like rapper Snoop Dogg and singer Pink took the opportunity to say “f--k” Trump supporters and accuse them all of being un-American. Progressive pawns like Taylor Swift have been weaponized to convince millions of teen girls of the dangerous propaganda that America’s systems are deeply racist, and others like actress Natalie Portman and singer John Legend have actually called to “defund the police.” These are all destructive generalizations inspired by the individual wicked actions of one depraved police officer.

The violent George Floyd riots are a revolt against the racism in our society – so they say – and since the left claims that the very institutions of America perpetuate “systemic racism,” they have no problem exacerbating the unrest to make him and the whole liberty-securing apparatus of the country look bad. So it’s no surprise that nearly three dozen of tinseltown’s most radical have stoked anger, bigotry and lawlessness during the riots. Instead of decreasing tensions. Part of it is naked political opportunism -- smearing President Trump and his supporters as racist. Part of it is ignorance and all of it is irresponsible. It’s not their stores being looted.

Though conservatives and liberals were united in revulsion at the death of George Floyd at the hands of a Minneapolis cop, Ron Perlman went ahead and claimed that conservatives actually were fine with the killing. The crazed Hellboy actor tweeted on June 4, “Trump has shown himself to be a violent, moronic psychopath with a twisted vision for America. At this point, the only people still following him believe George Floyd got what he deserved. The rest of us ain't having it.” Not only are Trump supporters racist, they enjoyed the murder of Floyd.

Perlman is one sick puppy. 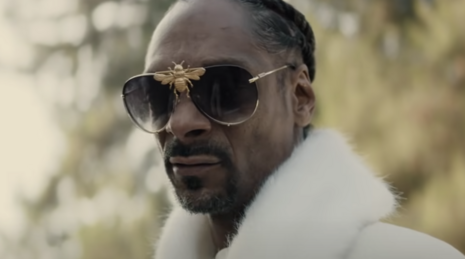 Rapper Snoop Dogg posted a nasty dig at Trump supporters in the midst of the unrest as well. In a video he posted to Instagram on June 6, the rapper delivered a “fuck you” to Trump supporters of all kinds. In his anger he claimed, “Donald Trump is a fucking weirdo. If you voted for him, I don’t have no problem with that. If you’re still with him, fuck you.”

Pop star Pink had a similar message for Trump supporters on June 3, essentially calling them un-American, or least a different type of American from her and everyone who didn’t vote for the 45th president. In a video, the singer asked, “How can anyone call themselves a patriot or an American if you re-elect a president that doesn’t govern, respect, or represent half of our country?” She also referred to 63 million American voters as belonging to two camps: confederate flag worshippers or hypocrites, who don’t “actually understand the meaning of patriotism.”

Former Disney Channel star and former Good Morning America host Keke Palmer certainly wasn’t pushing a message of unity during the George Floyd protests. Video from June 3 captured Palmer talking to members of the National Guard during an L.A. protest trying to convince them to “march” with her and her fellow Black Lives Matter activists against President Trump’s “race war.” Keke was heard asking, “Once the looting starts, the shooting starts?’ You have a president talking about using the second amendment as a use for people to come out here and use firearms against the people that are protesting.”

She continued, “You have to pay attention to what’s going on … We have a president that’s trying to incite a race war, and when the borders are closed, we can’t leave.”

Of course, documentary director Michael Moore’s anti-establishment mindset had him contemplating how many more cars Minneapolis citizens might need to burn to get more police reform. He tweeted on May 29, “If it sadly took burning down 1 police precinct HQ + 22 other buildings to get them to arrest just 1 of the 4 killer cops, how many (unoccupied)cars is the City going to force the ppl to torch to get the other 3 cops running loose behind bars?” Oh look, a call to violence. How great.

Rapper Ice Cube let his anti-police sentiments run amok to the point that he started posting anti-semitic conspiracy theories about the subject to his Twitter page. On June 6, the “Fight the Power” MC tweeted a cartoon depicting wealthy, scheming, Jewish-looking men casting lots and rolling dice on a board game held up by brown and black slaves.” He captioned his tweet with, “FUCK THE NEW NORMAL UNTIL THEY FIX THE OLD NORMAL.” The cartoon, originally made in 2012, had been deemed anti-semitic by various sources, including The Daily Mail, and Cube’s reference to it caught heat for being anti-Jewish by quite a few folks on Twitter as well.

BlakkKlansman director Spike Lee used the movement to crush racism against African American to be racist towards African Americans. Who would have thought? The Trump-hating filmmaker again claimed the African Americans who vote Trump are essentially betraying their tribe, telling CBS’ Gayle King on June 9, “Well, there are some negroes that have drunk or will drink the Orange Kool-Aid that’s coming in November, but it’s a very, very small percentage.”

Wow and only white people are supposed to have this racism issue?

Idiotic lefty and disgraced celebrity Tom Arnold revealed how nuts he was during the riots. Pledging himself and other “liberal white men” to the cause against police brutality, Arnold actually mentioned picking up guns to use against law enforcement. On June 6, the maniac tweeted, “2nd Amendment is for everyone including black men with long guns but it's fucking time for us white liberal men to stand up for our brothers & sisters. Borrow our dad's hunting rifles & go nose to nose with Trump’s gang of misfit tools.” Shooting political opponents? That’s a pretty radical look.

Singer Taylor Swift has moved her political activism into full swing over the death of George Floyd and the Black Lives Matter protests. As any good little leftwing leader should, Swift had been using social media to harness the power of racial resentment against Trump his supporters. In one her most provocative tweets to date, the pop artist – who considers Trump a “fascist” – wrote, “After stoking the fires of white supremacy and racism your entire presidency, you have the nerve to feign moral superiority before threatening violence? ‘When the looting starts the shooting starts’??? We will vote you out in November.”

Yeah sure, the “looting and shooting” tweet may be a tad tone deaf, but to put America’s alleged racism on Trump’s shoulders is purely partisan. George Floyd was killed in a liberal city that hasn’t had a Republican mayor or city council in decades.

Several big name entertainers sought American lawlessness with an open letter composed by Black Lives Matter and other far-leftist groups. This letter demanded that local governments defund their police forces. Grammy winner John Legend, actress Natalie Portman, songwriter Lizzo, Empire actress Taraji P. Henson and rapper Common each put their signature on the letter which asked for the “defunding” of law enforcement and reallocation of “those monies that it has received throughout the years and giving it back to the communities.” 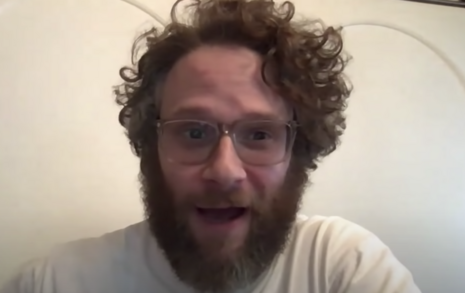 Stoner comedy star Seth Rogen couldn’t handle folks disagreeing with the Black Lives Matter propaganda even if it includes an extremist political agenda. Referencing his Instagram post bearing the BLM logo, Rogen told followers, “If this is a remotely controversial statement to you, feel free to unfollow me.” What tolerance. He also told people who rebutted with “all lives matter,” “Fuck off. You don't deserve my movies anymore. Stop watching my shit.” Clearly, Rogen is the epitome of tolerance.

This is all terribly hypocritical for a collection of people who consider themselves morally enlightened, sophisticated, and open-minded. Clearly, they have no issue demonizing a group of people like conservatives or Trump supporters, nor do they stop themselves from dabbling in harebrained conspiracy theories about the evil-ness of Republican leaders that are as crazy as any “Q” post when you really think about it. And let’s not forget just how dumb and ignorant they can be. Cities have been looted and torched, people have been murdered – to include black lives – and Hollywood seems to plug their ears, close their eyes and babble, “Orange man bad! Orange man bad!”