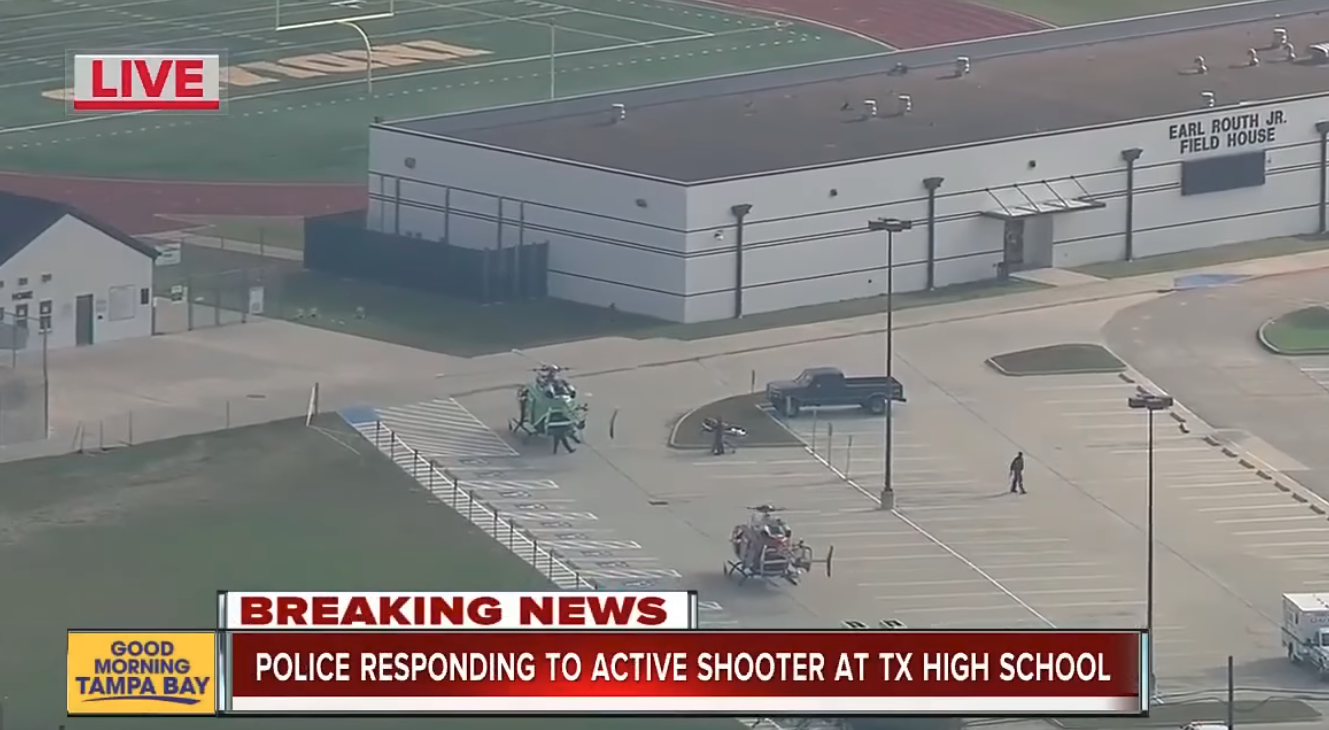 Sympathy and charity are the natural reactions to a tragedy. Using the deaths of innocent people as an immediate platform for political gain is inhuman.

So, naturally, that’s the route Hollywood elitists chose to take just hours after the school shooting in Santa Fe that left 10 dead and several injured. Actors and actresses attacked everything they could get their hands on with blind, misdirected rage and virtuous grandstanding. It was like a wake of ghoulish vultures, screeching “YOUR PRAYERS DON’T WORK.”

As politicians and others offered their thoughts and prayers to the victims and their families, eager entertainers pounced on the sympathy and tore it to shreds. Producer Andy Lassner tweeted, “‘Thoughts and prayers’ is politician speak for ‘I need gun lobby money.’” Actress Mia Farrow stated, “Prayer does not replace action. WE NEED RATIONAL GUN LAWS.”

The attacks on faith continued. Actor Billy Eichner retweeted Vice President Pence’s statement about the shooting, and responded, “Forget your thoughts and prayers. You've been praying since Columbine. YOUR PRAYERS DON'T WORK. Can the rest of us rational thinking people actually try to do something about this now???”

Attacks on gun rights were commonplace. Anti-gun hypocrite Julianne Moore tweeted, “Our leaders should be ashamed.” Ed Asner posted, “ALL of our leaders are failing us. We should all hang our heads in shame.” Author Joyce Carol Oates turned it into a campaign speech for Hillary Clinton, saying “Hillary Clinton was the candidate who spoke for sensible gun control. Clearly, unambiguously, & repeatedly. For this, T***p & GOP cohort pilloried her as someone who would "take away" their guns. Like NRA, media profits from mass shootings: gun sales, ratings. shall we say so?”

Alyssa Milano, who recently admitted to owning guns, spoke, “And guess what? The @NRA is going to use this tragedy to try and sell you more guns. If you’re a politician who is too damn much of a coward to say no to NRA money and to their demands, we will make it our mission to VOTE YOU OUT— Republican or Democrat. #NoRA”

The real source of divisiveness in America are these supposed celebrity elitists, who turn a national tragedy into a sickening display of blame and anger. Pretending like one has emotions and sympathy to offer in Hollywood is apparently a challenge.