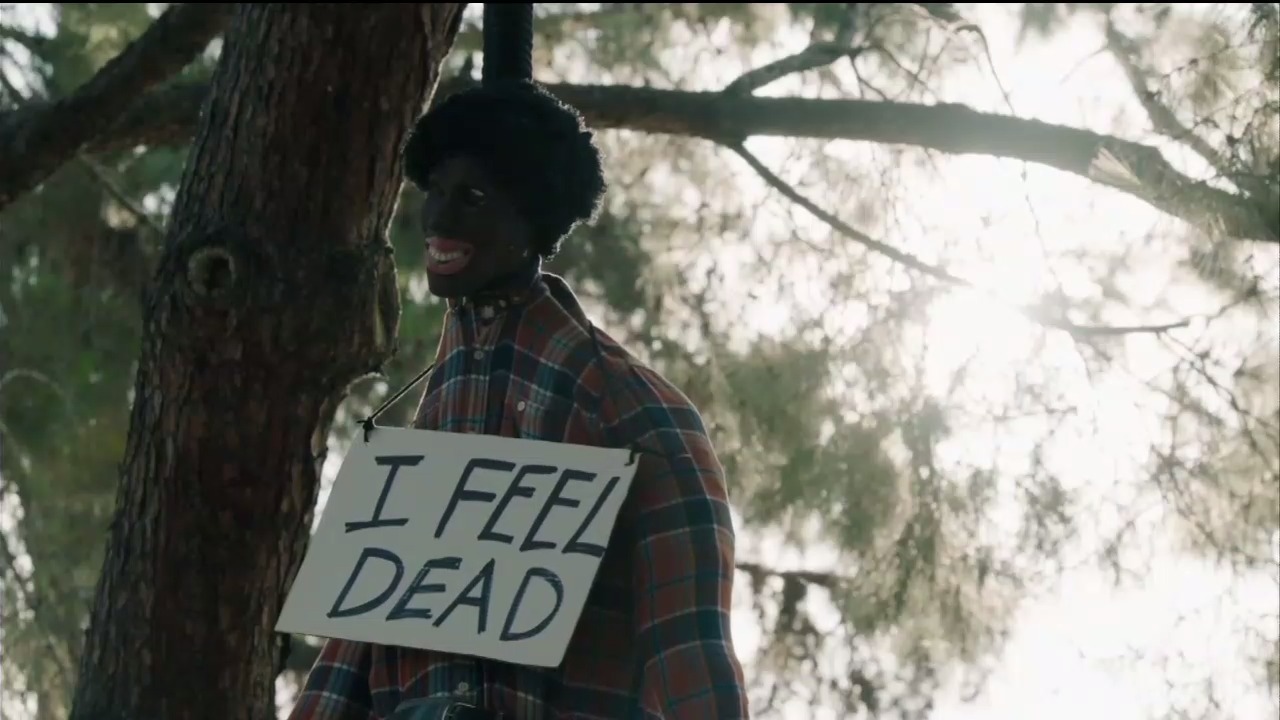 HBO's new drama Here and Now has basically become a parody of the left. It's full of trendy social justice themes, buzzwords, and Chicken Little-style angst that the sky is most certainly falling. The show could use the exact same storylines, even the same script, and come up with a hilarious satire about self-important liberals in the Pacific Northwest.

The Bayer-Boatwright family is made up of an academic father, a mother who is some kind of empathy trainer in a high school, one biological daughter, and three children adopted from countries that their parents felt had been wronged by America. Honestly. So, let's check in to see what they were up to this week.

The third episode, "If a Deer S... in the Woods," that aired on February 25, gets its title from what the family patriarch Greg Boatwright (Tim Robbins) experiences. Namely, he follows a deer into the woods and watches it perform a certain biological necessity and finds it terribly meaningful for no apparent reason. After then spending the night in the woods, he rolls into a panel he is supposed to be on (debating a man named Rousseau, because this show knows no subtlety) very late and very disheveled before taking his seat. Thomas Rousseau is saying that he believes we need to remain optimistic. Boatwright very much does not agree.

Greg: Anxiety is a completely appropriate response to today's reality, Thomas. And anger. What do you want? People just to swallow the shit that they're in? By the way, when the fuck did we criminalize outrage?
Thomas: Greg, the point I make is not dissimilar from the one that you laid out in your first and... only book.
Greg: Bullshit. I never said anyone should be optimistic in the face of fascism.
Thomas: "It is now, in this troubling moment, that we must always choose joy for us, for those we love, and for the entire world." These are your words, Greg. Was the world any less challenging when they were published 30 years ago?
Greg: Thirty years ago, truth was still truth, a fact was a fact, but we're not that society anymore. The world got turned upside down.

Do liberals really want to go toe-to-toe on who thrives on facts and who lives on feelings, because I'm not sure they'd appreciate the results. Which would be entirely factual.

This week we also find out that the high school where Audrey (Holly Hunter) counsels students on empathy is a magnet school. Is it a coincidence that these things are happening at a school choice school? I'll let you be the judge. You may recall from the last episode that the white students wanted to form a club like those which students of other ethnicities have to celebrate their heritage. Audrey spoke to the students and, after a few statements beginning with "I feel," the white kids saw the light and immediately withdrew their application to become a club. However, now an effigy of a black person has been hanged from a tree wearing a sign reading, "I feel dead," and Audrey is pretty sure they two are connected.

If these types of things were actually happening in real life, they would be terrible, but they aren't. They would be all over the news 24/7. Instead, we have students "frightened" by banana peels and a lot of hoaxes. Nothing close to dead effigies which would, obviously, be disgusting. What's also disgusting here is that they're making it seem like this is how white students really would react to not being able to have their own club.

Audrey is interviewed by the local news and says that she believes the students behind the effigy, should they be caught, should be counseled rather than incarcerated. In response, a black student says, "This is a hate crime. The perpetrators should be prosecuted while hate crimes are still against the law." Does anyone have any reason to believe that crimes, hate or otherwise, are not going to be against the law soon? I think I would have heard about it. Again, excellent Chicken Little-ing, Here and Now. Bravo.

In response to the effigy, a flier goes up around school reading, "The Polk Academy Chapter of United in Diversity Invites everyone to its inaugural meeting to discuss the recent hate crime here." The students of color then promptly ask the white students to leave. The youngest Bayer-Boatwright, Kristen (Sosie Bacon) calls them out on their hypocrisy saying, "I don't think you're using 'diverse' right. I mean, 'diverse' is all of us together, isn't it?" United in Diversity group doesn't care and the white kids end up leaving.

Meanwhile, the eldest siblings are all getting together for dinner at Ashley's (Jerrika Hinton) house. Her daughter is playing with her Asian brother Duc (Raymond Lee) while Ashley's white husband Malcolm (Joe Williamson) cooks. Duc points out, "Oh, I just noticed, there's three people of color here and a white boy cooking. I like those odds." Malcolm responds, "Future of America, right here!" I would prefer an American future wherein we didn't think of everything in terms of race. One in which somebody could cook and other people could play with kids and it didn't matter what color anybody was. That sounds far more pleasant, but Here and Now can't have that.

As long as nobody had fun, it's a successful week of HBO's most overworked show. So, they nailed it.