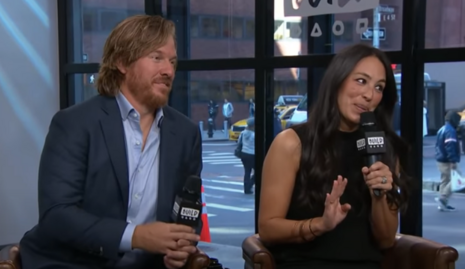 Chip and Joanna Gaines are no strangers to the Twitter mob. Not only has the couple been criticized for their faith, they are now being targeted for donating to Shannon Braun’s campaign for the Grapevine-Colleyville Independent School District (GCISD) School Board in Texas. The Gaines’ donated $1,000 to Braun, who is running on a platform focused on removing critical race theory from schools.

The Gaines are hard-working entrepreneurs and the loving parents of five. Their home goods, food and construction company Magnolia was founded in Waco, Texas in 2003. Since then they have only grown in popularity, along with their show on HGTV, Fixer Upper. Viewers and consumers love the couple, but they draw more than their share of hate, predominantly from left-wingers who despise their unashamedly Christian and traditional American values.

In 2016, Buzzfeed reporter Kate Aurthur decided to come after the couple for beliefs held by their church pastor, Jimmy Seibert. Aurthur was aghast at his belief that marriage should be between one man and one woman.

Now the leftist Twitter mob is coming after the television stars for a different reason -- their donation to a school board candidate who has taken a stand against critical race theory. Shannon Braun’s campaign Facebook page states that she is “committed to working alongside our parents and teachers to ensure GCISD students get the education they deserve by returning the focus of our curriculum and teaching to academics, rather than filling curriculum with divisive Critical Race Theory training.”

Braun, who is also Chip Gaines’s sister, is running against incumbent Mindy McClure who has openly criticized her opinions on critical race theory in the district's curriculum. Chip and Joanna made their donation to Braun on May 19, but the Twitter trolls have just picked up on it and are coming after the couple yet again. Jenny Yang, American comic and co-host of ISAtv’s Angry Asian American, wrote a tweet responding to the couple’s donation: 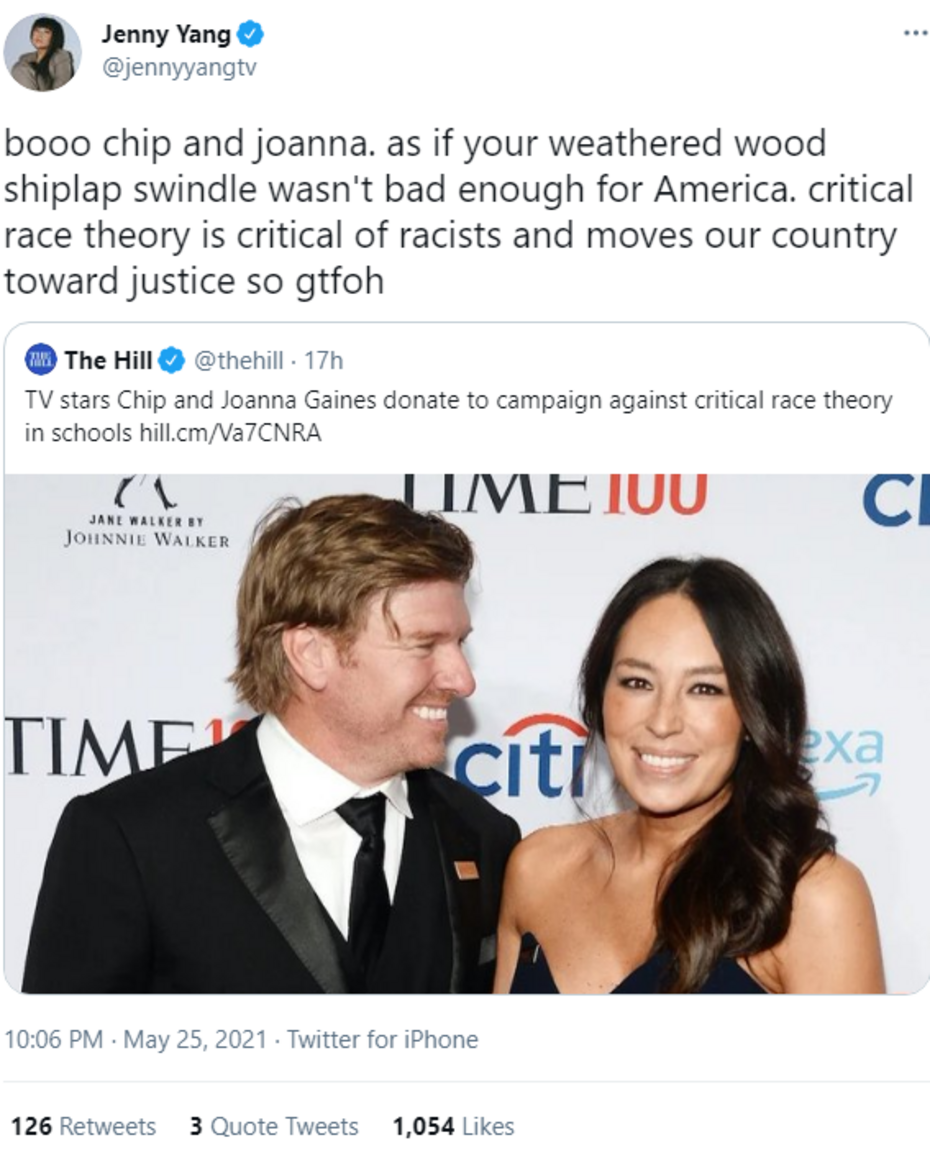 Meanwhile, headlines from left-wing media sites purposefully make no mention of Braun and paint the couple as racists rather than Americans who want our children to be taught real history. “TV stars Chip and Joanna Gaines donate to campaign against critical race theory in schools,” reads one headline from The Hill.

More power to them.