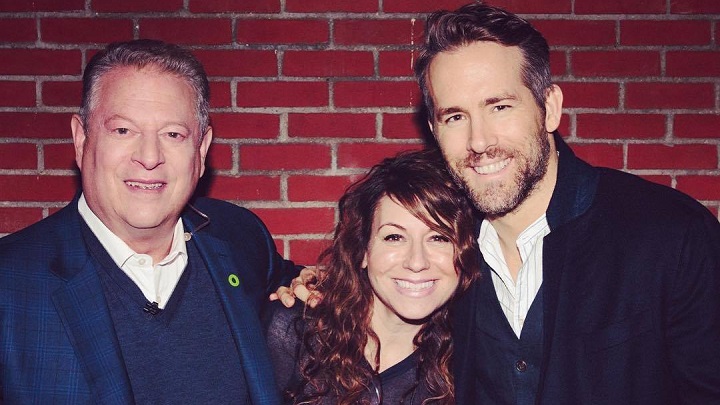 Since becoming a full time climate alarmist Gore has earned wealth and the accolades of the liberal news and entertainment media. His slideshow turned him into the “darling of Hollywood” according to the news media.

On the same day as his meeting with Trump, Gore’s organization the Climate Reality Project kicked off “24 Hours of Reality,” in which he and a long list of media figures, rock stars and celebrities warned about the threat of climate change. Gore’s #24HoursofReality received support from several media figures, continuing more than a decade of the media lionizing him and promoting his views on climate change.

In the past, liberal media avidly promoted Gore for his alarmist views. In the five years after An Inconvenient Truth was released, 98 percent (266 out of 272 stories) of network news shows excluded criticism of the movie’s scientific claims — in spite of inaccuracies.

Network reporters called Gore the “darling of hollywood,” and in a nod to Gore’s work, NBC’s Andrea Mitchell said she thought he “settled” the science of climate change. Others dubbed Gore a “high-profile champion” and the “golden boy of the Oscars.”

Former Good Morning America co-host Diane Sawyer remarked that Gore was "helping awaken the world to global warming" and "educating the world." Despite all the hype surrounding Gore, a British court found nine scientific errors in his Inconvenient Truth.

Gore’s latest efforts had media support too. Former GMA weatherman Sam Champion anchored part of Gore’s broadcast and tweeted about the show. After hyping the danger of climate change for years on ABC’s morning show, Champion now does it for The Weather Channel. Champion once asked on GMA whether global warming would "force us into space to live", and warned it could cause "the ultimate climate disaster."

Join me at 3p eastern for our final 3 countries! UK, Brasil and the US! #24HoursofReality @ClimateReality pic.twitter.com/ZiXNCHXp66

Long-time climate activist Vanessa Hauc also anchored part of the broadcast. The Telemundo reporter also previously appeared in an ad for Gore’s Climate Reality Project and spoke at one of the group’s events in 2015. During her speech, she suggested that journalists could eschew balance when it came to reporting on the environment. “I realize that there are some issues that, yes, you can move a little bit – critical issues that are very important for your community, like health, human rights, the environment. Because this is something that’s crucial,” Hauc said.

Somerhalder is one of many Hollywood hypocrites when it comes to climate. As an actor he’s tweeted about his many flights to China, Spain, Canada, Russia, Hungary, Italy, France, Belgium, England and both coasts of the United States. Yet, he has complained on Twitter about airlines’ carbon output and its impact on the environment.

Environmental Protection Agency Administrator Gina McCarthy tweeted that she would go on 24 Hours of Reality to talk about her agency and the president.

McCarthy came under scrutiny after she deleted thousands of text messages between her and her employees. Senior Fellow and attorney at the Competitive Enterprise Institute Christopher Horner wrote in the Washington Examiner on Aug. 4, 2014, that McCarthy “broke the law.”