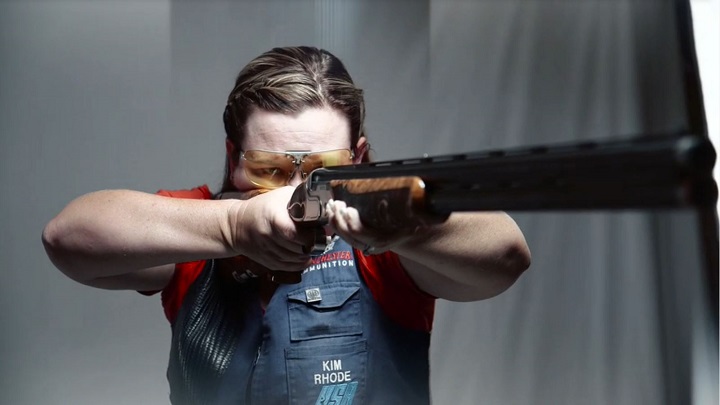 That was a remarkable feat. But despite her achievements, Rhode does not have “a single sponsor from outside the firearm industry.” Major companies like Coca-Cola and Procter & Gamble turned down sponsorship requests, according to Bloomberg.

Bloomberg correspondent David Biller reported on Aug. 12, that Rhode thinks businesses refuse to sponsor her because recent tragedies have “attached a stigma to shooting as a sport.”

Biller claimed Rhode’s agent, Patrick Quinn, “pitched her to around 20 companies that back the Olympics” but each turned down the opportunity.

“It would be nice to have an Olympic sponsor recognize the magnitude of her accomplishment,” Quinn told Biller.

Rhode’s teammate Vincent Hancock said he thinks sponsors are afraid of getting “caught up in the media backlash that may arise if something were to come about with, say, one of the shootings.”

While Bloomberg only briefly alluded to the highly politicized gun debate, Breitbart emphasized the fact that Rhode is an outspoken Second Amendment supporter.

According to Breitbart, Rhode told Time magazine, “The Second Amendment was put in there not just so we can go shoot skeet or go shoot trap. It was put in so we could defend our First Amendment, the freedom of speech.”

The liberal news media often bash Second Amendment supporters and organizations such as the NRA. No doubt, if Rhode had corporate sponsorship, the left and the liberal media would be critical of their support of an Olympic sport involving firearms.