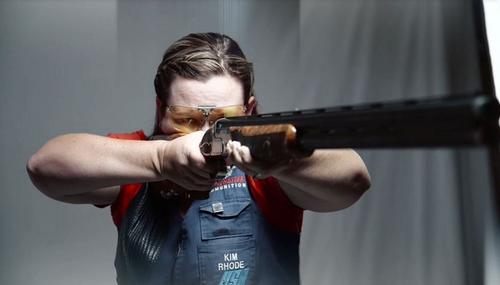 Business
Mira Ebersole
August 17th, 2016 10:11 AM
Olympic sharpshooter Kim Rhode won a bronze medal in skeet shooting on Aug. 12, becoming the first woman to win medals at six consecutive Olympics. That was a remarkable feat. But despite her achievements, Rhode does not have “a single sponsor from outside the firearm industry.” Major companies like Coca-Cola and Procter & Gamble turned down sponsorship requests, according to Bloomberg.

Ken Shepherd
July 30th, 2012 3:33 PM
The day before two of the U.S. Congress's most liberal, anti-gun legislators introduced a bill to severely restrict the online sales of ammunition, an American Olympic athlete who uses hundreds if not thousands of rounds a day in practice won a gold medal at the London games. One of the astounding stories to come out of this year's Summer Olympics is the amazing success of American shooter…