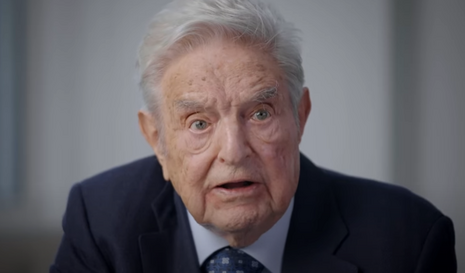 “The level of police violence, particularly impacting communities of color, has spurred reform efforts across the country,” Ispahani reportedly said. “Open Society supports the exploration and development of policies that actually work to reduce crime and defers to communities regarding what alternatives make sense to them. Whether that includes shifting funding currently allocated to policing into services that actually work to address crime and improve public safety is up to them.” [Emphasis added.]

Part of Soros’ funding included $15 million to the “Tides Advocacy for the Electoral Justice Project,” Schoffstall reported. “The Movement for Black Lives, a coalition of more than 50 Black Lives Matter-aligned groups that support defunding police and overhauling the criminal justice system, spearheads the project.”

Of course, the ABC, CBS and NBC evening news shows couldn’t be bothered to cover Soros’ heavy involvement in the defund-the-police movement. ABC World News Tonight, CBS Evening News and NBC Nightly News all treated the Fox News report on Soros’ funding like it didn’t exist during their Dec. 21 broadcasts.

Soros isn’t shy about his radical agenda to transform the American criminal justice system into a leftist political tool either. Regarding leftist, soft-on-crime prosecutors, Soros stated in July  that “‘I have supported the election (and more recently the re-election) of prosecutors who support reform. I have done it transparently, and I have no intention of stopping.’”

In Soros’ view, his agenda is “popular” and “effective.” So, Soros is attacking the American criminal justice system on two fronts: making sure the soft-on-crime, leftist candidates that he backs win their respective district attorney races, and funneling millions toward groups that want to knee-cap police departments.