Kimmel Gets Trumped: Comedian Bashing of The Donald’s Truth Social Gets Reality Check 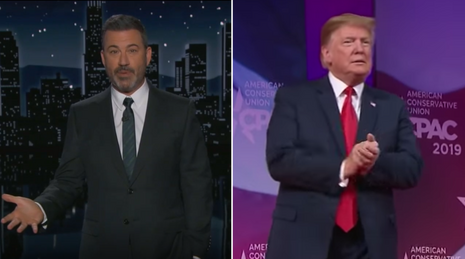 A review of the Apple App Store found that Truth Social has taken the No. 1 “Free App” spot, with Twitter down to No. 2. The China-controlled TikTok, another competitor, sits at No. 5.

The development comes just hours before Kimmel claimed Tesla CEO Elon Musk’s landmark purchase of Twitter put Trump in a very tough spot as a competitor in the social media market on the April 26 edition of ABC’s Jimmy Kimmel Live. “Now that he probably won’t be banned from Twitter anymore because Elon owns it, he’s kind of stuck.” Kimmel mocked Truth Social as “such a disaster, he himself hasn’t even posted on it for eleven weeks.” 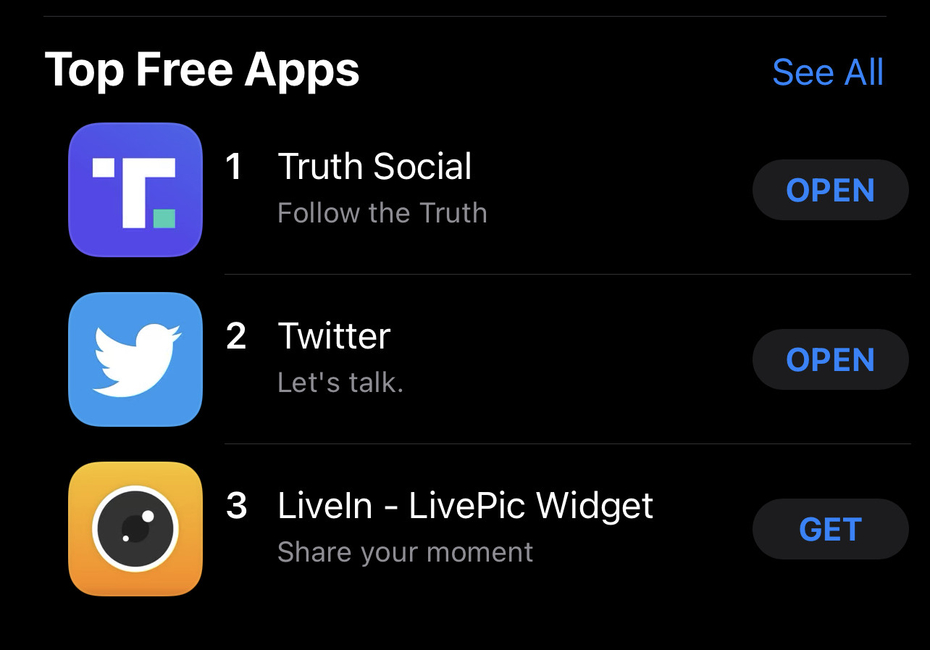 Kimmel proceeded to dig himself into a deeper hole. He flailed how Trump’s “dumb new company he conned everybody out of their money for, will become, I guess, the social media equivalent of a RadioShack.” Too bad for Kimmel, the “RadioShack” app is No. 1 for the time being.

Even Musk tweeted about Truth Social topping Twitter at 1:01 a.m. “Truth Social is currently beating Twitter & TikTok on the Apple Store,” he said. Musk recently succeeded in bypassing “poison pill” efforts by the platform’s board of directors to thwart his ultimately $44 billion Twitter purchase.

Musk slammed the platform on March 26 for its censorship-heavy environment. “Given that Twitter serves as the de facto public town square, failing to adhere to free speech principles fundamentally undermines democracy," Musk said.

Among the top free iPhone apps available on the App Store, Truth Social has been seeing the most installs overall on the U.S. App Store today. (Twitter is No. 2.) According to Mobile Insights Strategist Stephanie Chan of SensorTower, a mobile analytics firm, Truth was at No. 52 as of Sunday—and Twitter was ranked at No. 39.

The fact that Trump’s app has emerged from a rocky start to contend with a formerly censorship-obsessed platform that dominated the public discourse for many years illustrates the enduring relevance of the free market. Kimmel, however, was concerned with spouting yet another milquetoast rant about Trump that fell flat on its face.