Need any more proof that the structure ABC News operates under is radically left-wing? 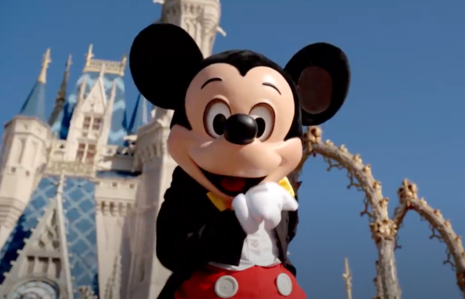 The Walt Disney Company is pledging $5 million in “support of nonprofit organizations that advance social justice, beginning with a $2 million donation to the NAACP, amid ongoing protests of the death of George Floyd,” Deadline reported June 3. “The company said its goal is to ‘further their longstanding work promoting social justice by eliminating disparities and racial discrimination through their advocacy and education programs.’” [Emphasis added.]

The killing of George Floyd has forced our nation to once again confront the long history of injustice that black people in America have suffered, and it is critical that we stand together, speak out and do everything in our power to ensure that acts of racism and violence are never tolerated… This $5 million pledge will continue to support the efforts of nonprofit organizations such as the NAACP that have worked tirelessly to ensure equality and justice.

That’s the same liberal NAACP whose president and CEO Derrick Johnson just spewed leftist propaganda at President Donald Trump Sunday. Johnson said: “This nation, not only African-American community, we will not survive if there is a continuation of this administration.”

Deadline had the audacity to claim that “Disney-owned ABC has aired or scheduled shows examining the protests and their root causes.”

If by “examining” Deadline is referring to ABC’s liberal one-sided coverage of the issue, then that statement makes sense.

A recent report showed that ABC was one of three major news networks that “have been consistent cheerleaders for the nationwide protests against police brutality, offering nearly 12 hours of coverage (710 minutes) over the past seven days on just their flagship morning and evening news shows.” The report continued: “But despite dedicating all of those hours of airtime to the protests and riots, these networks have barely breathed a word about those who have died in the resulting violence.”

Another example showed that ABC was one of three networks that repeatedly hyped the violent protests as “peaceful.” By contrast, ABC gave just seconds to the killing of 77-year old retired police captain David Dorn, who “was murdered by looters who shot him in cold blood so they could steal televisions.”