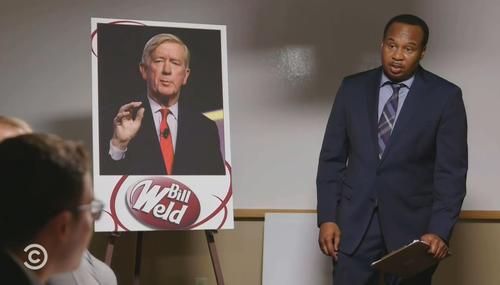 Ryan Foley
October 11th, 2019 9:33 AM
On Wednesday’s edition of The Daily Show, correspondent Roy Wood Jr. interviewed President Trump’s primary challenger, Bill Weld, and convened “a focus group of Trump voters to see if there really are Republicans thirsty for something new.” While the panel definitely had some misgivings about the President, all of them indicated that they would support him again in 2020; much to Wood’s horror. 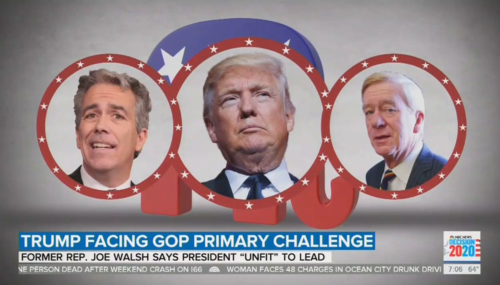 Kyle Drennen
August 26th, 2019 11:52 AM
On Monday, all three network morning shows were giddy over two weak challengers against President Trump in the 2020 Republican primary and even hoping for more quixotic candidates to enter the race. NBC and ABC touted ex-Congressman Joe Walsh issuing a “stinging rebuke” to Trump while CBS again urged contributor and former Senator Jeff Flake to jump in the contest. 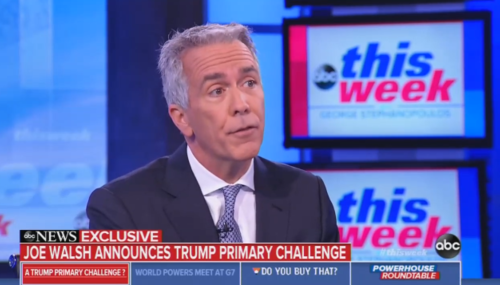 Nicholas Fondacaro
August 25th, 2019 11:42 AM
Of course, Stephanopoulos humored him by letting the former Congressman bash the President and pushed back weakly on Walsh’s history of incredibly racist statements. Yet, during the so-called “powerhouse roundtable”, they admitted that Walsh didn’t have a chance at beating Trump; and Stephanopoulos found the important “question” was whether or not Walsh could “wound” the President’s chances. 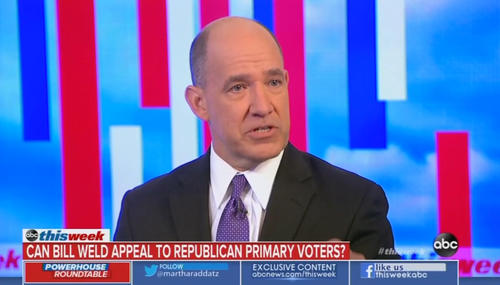 Ryan Foley
February 18th, 2019 3:25 PM
Just days after announcing that he was forming an exploratory committee to run against President Trump in the Republican primary, longshot Presidential candidate Bill Weld appears to have at least one passionate supporter in the media: ABC’s Matthew Dowd. Even after his fellow panelists on This Week made compelling arguments explaining why Weld’s candidacy will ultimately not go anywhere, Dowd… 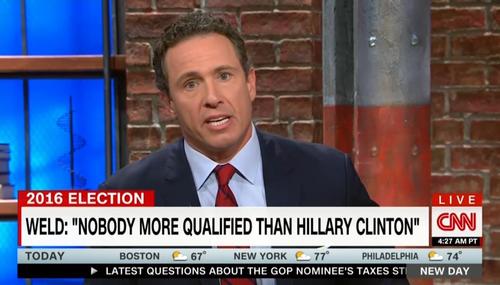 CNN's Cuomo Presses Weld on Whether Johnson Is Hurting Clinton

Brad Wilmouth
October 3rd, 2016 3:21 PM
As Libertarian vice presidential nominee Bill Weld appeared as a guest on Monday's New Day, co-host Chris Cuomo repeatedly pressed him over whether his candidacy with Gary Johnson as presidential nominee was hurting Hillary Clinton to the benefit of Donald Trump. Even after Weld argued that he believes that mostly moderate Republicans are planning to vote for the Libertarian ticket, Cuomo pressed… 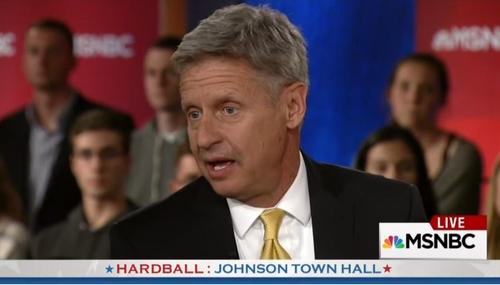 Randy Hall
September 30th, 2016 5:14 PM
“The Chicago Tribune is clearly unconcerned that Libertarian presidential candidate Gary Johnson didn't know what Aleppo is, couldn't identify a single foreign leader for Chris Matthews and was clueless about the identity of Harriet Tubman,” James Warren stated in an article posted on Friday. Warren's remarks on the newspaper's endorsement of Johnson for president are particularly interesting… 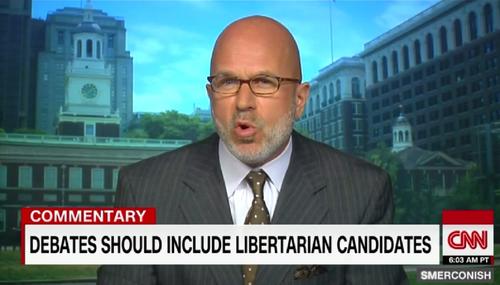 P.J. Gladnick
September 11th, 2016 6:02 PM
Michael Smerconish wants to help the Libertarian presidential ticket of Gary Johnson and William Weld participate in the presidential (and vice-presidential) debates. The big problem is that the Libertarians must show they have reached a level of 15% support in an average of five national polls and they aren't there yet. Therefore Michael Smerconish has an idea for his viewers: lie like hell. I… 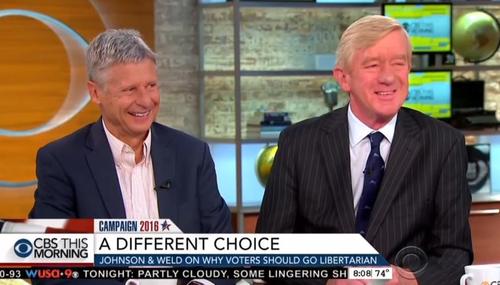 Scott Whitlock
September 7th, 2016 11:07 AM
After aggressively ignoring alternatives to Hillary Clinton and Donald Trump for months, CBS on Wednesday not only featured Libertarian nominees Gary Johnson and Bill Weld, the show’s hosts quizzed them about the problem of big government. In a segment that last almost six minutes, CBS This Morning co-host Charlie Rose offered a question not seen much on network television: “Ronald Reagan said… 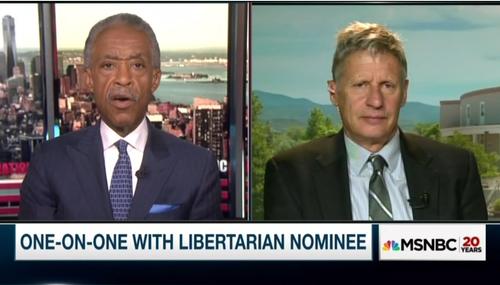 Sharpton Frets that Gary Johnson Is ‘Taking Votes from Hillary’

Nicholas Fondacaro
August 14th, 2016 12:18 PM
The Libertarian Party candidate for president, Gary Johnson, joined Al Sharpton on MSNBC’s PoliticsNation Sunday to discuss the prospects of a third party’s chances of success in 2016. But Sharpton’s real goal seemed to be to defend Hillary Clinton and discredit Libertarians by asking Johnson, “Do you ever have any slight fear even that you may be taking votes from Hillary Clinton and helping to… 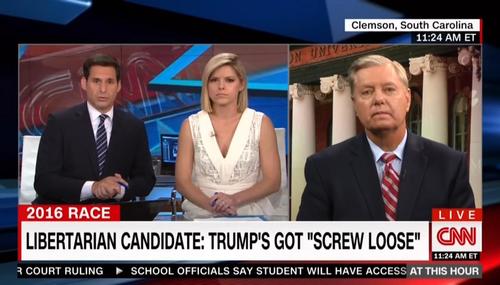 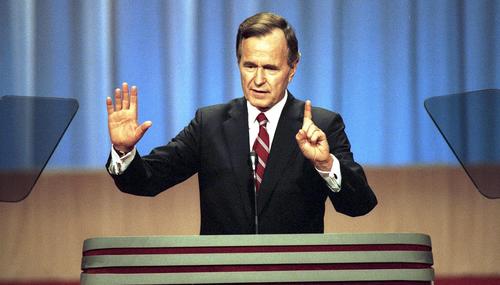 Tom Johnson
June 27th, 2016 9:18 PM
When citing instances of “the worst in human behavior,” reasonable choices include the Holocaust, the Rwandan genocide, and whatever ISIS did today. In a Sunday post, Washington Monthly blogger D. R. Tucker offered an absurdly unreasonable choice: the last ten Republican national conventions. Tucker did comment hopefully that “perhaps this year’s GOP convention will be so sick, so sordid, so sour… 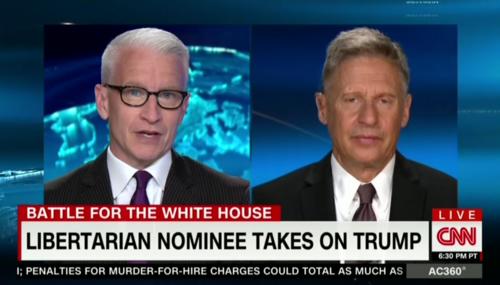 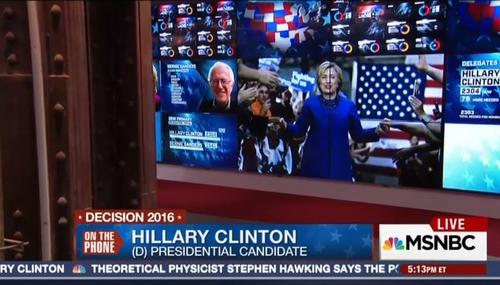 Curtis Houck
May 31st, 2016 7:36 PM
Late Tuesday afternoon, CNN and MSNBC were both granted interviews with Democratic presidential candidate Hillary Clinton and while both had to nearly identical run times (seven minutes and 44 seconds on CNN versus seven minutes and 47 seconds on MSNBC), the two differed on a variety of issues ranging from Clinton’s e-mail scandal to her refusal to hold a press conference to the VA scandal.