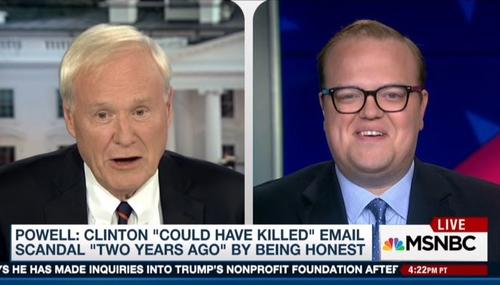 Curtis Houck
September 14th, 2016 9:25 PM
When it comes to MSNBC’s Hardball host Chris Matthews, one constant throughout the last decade plus with him has always been an obsessive dislike of former Vice President Dick Cheney and his family with Wednesday offering the latest installment as he admitted to his guests that it “makes me happy” and even “mirthful” that Colin Powell’s leaked e-mails showed a…

Scott Whitlock
May 6th, 2014 5:46 PM
The hosts of CBS This Morning on Tuesday featured Lynne Cheney to talk about her new book on James Madison. However, predictably, the topics drifted towards a grilling on gay marriage and her daughters' public spat over the subject. Additionally, Norah O'Donnell rather obviously quizzed Cheney on whether being a Secretary of State, like Madison, would still be a good path for the…