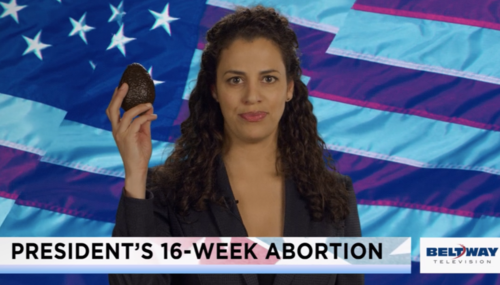 'House of Cards' Comes Crashing Down on Abortion: 'Not a Few Cells' 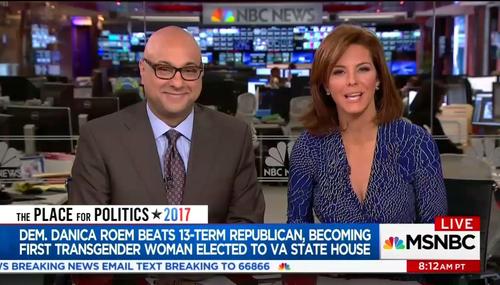 Brad Wilmouth
November 8th, 2017 10:43 PM
On Wednesday morning, MSNBC hosts Stephanie Ruhle and Ali Velshi not only gloated over the defeat of Virginia Republican Delegate Bob Marshall by transgender Democratic candidate Danica Roem, but Ruhle even declared that, when Democratic candidate Chris Hurst unseated another Republican incumbent who had been supported by the NRA, it was a "win for America." 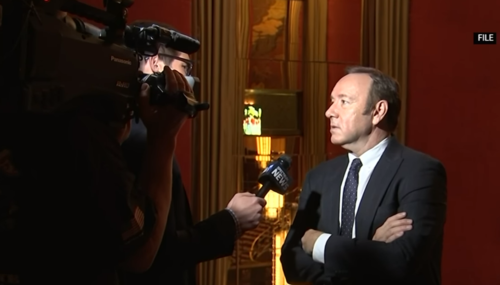 LGBT Publication Knew the Spacey/Rapp Story, Refused to Report It

Culture
Corinne Weaver
November 2nd, 2017 12:42 PM
Hollywood’s biggest open secret is quickly unraveling. The sexual predators aren’t the only ones responsible: the media was at least complicit in hiding their crimes. Bruce Steele, of the Asheville Citizen-Times, wrote in a personal essay that the LGBT magazine The Advocate knew that Kevin Spacey sexually harassed a 14-year old as early as the 1990’s, and still did nothing… 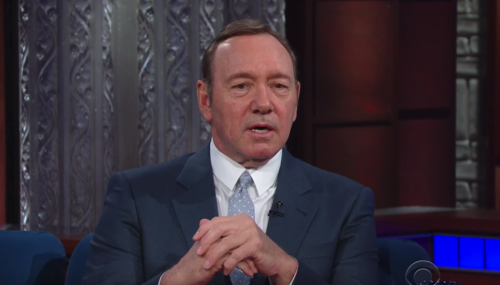 Culture
Corinne Weaver
October 30th, 2017 10:54 AM
What’s a more important story: an actor most people suspected to be gay coming out and confirming it, or an accusation of pedophilic harassment aimed at the same actor? In the aftermath of Harvey Weinstein allegations, several male figures in Hollywood have been accused of being sexual predators. Actor Anthony Rapp, in an interview with BuzzFeed on October 29, accused actor Kevin… 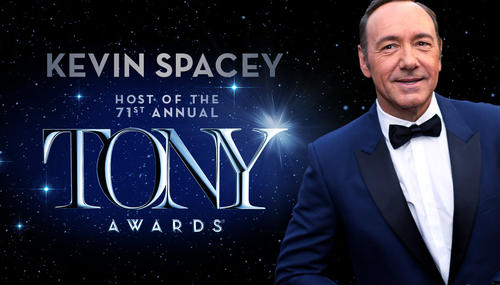 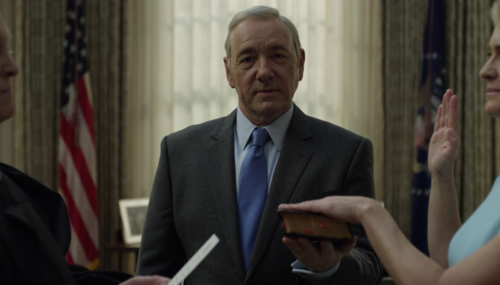 Liberals Celebrate Parallels Between 'House of Cards' and Trump

Culture
Callista Ring
June 5th, 2017 12:20 PM
Ever since Donald Trump entered the political sphere, liberals have loved comparing him to the sleazy, power-hungry Frank Underwood (Kevin Spacey). Released in its entirety on Netflix on May 30, the fifth season of House of Cards contained some eerie parallels between the Underwood White House and liberal fantasies of the Trump White House. The Hollywood Reporter tells us, “If this season… 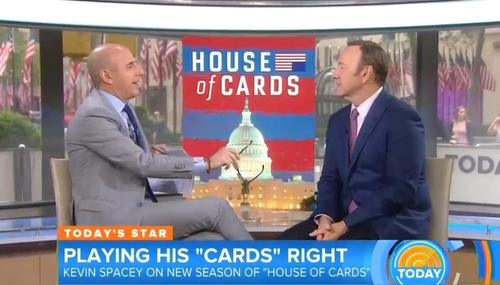 Kyle Drennen
May 24th, 2017 9:46 AM
According to Matt Lauer, the murderous fictional president portrayed by Kevin Spacey on the Netflix series  House of Cards is “tame” in comparison to Donald Trump’s presidency. Interviewing the actor on Wednesday’s NBC Today, Lauer wondered: “...did you ever imagine that there would come a time in real-life politics that would make the plot lines of your show… 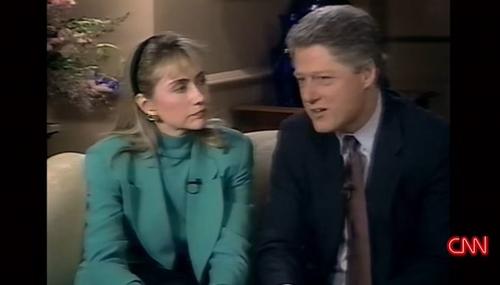 Scott Whitlock
April 11th, 2016 5:16 PM
Who better than James Carville and Paul Begala to weigh in on the 1992 presidential race and just how “impressive” and “strong” Hillary Clinton was in defense of her husband? Apparently, that was the thinking of the CNN producers behind the Race for the White House series. 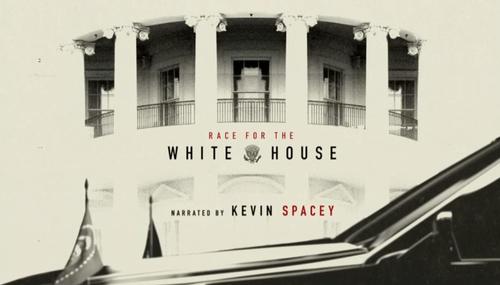 Scott Whitlock
March 7th, 2016 5:30 PM
In a refreshing change from the usual fawning over John F. Kennedy, CNN’s new series, Race for the White House, portrayed JFK as an opportunist when it comes to issues of race and someone who may have stolen the 1960 election from Richard Nixon. Additionally, the show, narrated by Kevin Spacey, discussed the extreme liberal bias of that presidential race. University of Virginia professor… 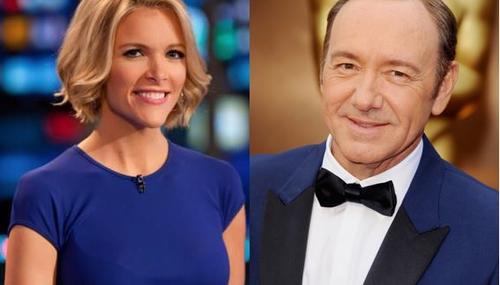 Megyn Kelly To Partner with Kevin Spacey on New Show

Sarah Stites
June 24th, 2015 10:51 AM
Megyn Kelly and Kevin Spacey have their eyes set on the White House.  The Fox News anchor and the House of Cards producer recently announced their plan to co-create a new presidential drama called The Resident. This will be Kelly’s first foray in the entertainment world, but Spacey’s fourth production set in the White House. 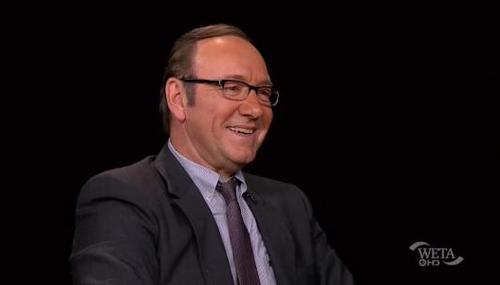 Rose to Kevin Spacey: 'Talk About Your Bromance with Bill Clinton'

Geoffrey Dickens
March 13th, 2015 3:27 PM
Charlie Rose, on his PBS show, couldn’t resist asking actor Kevin Spacey about his “bromance” with former President Bill Clinton. The star of House of Cards -- whom CNN recently hired for their documentary on the 2016 presidential candidates -- revealed how tight he is with the ex-president. Spacey: "I was a true friend. And never doubted him, never stopped believing in him… 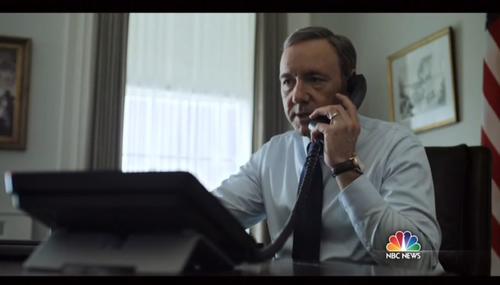 Scott Whitlock
March 9th, 2015 3:27 PM
CNN has hired Kevin Spacey to produce and narrate Race for the White House, a six-part six documentary about various 2016 presidential candidates. Spacey, the star of House of Cards, is a long-time Democratic activist and donor. CNN President Jeff Zucker enthused, "'Race for the White House' will be the perfect complement to our coverage of the 2016 campaigns and election."… 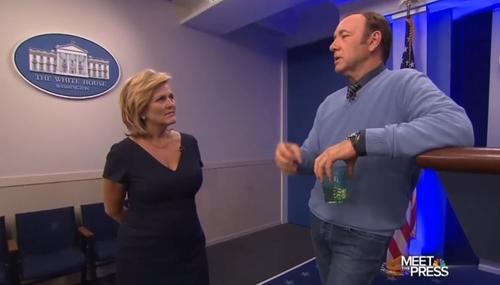 Kyle Drennen
February 23rd, 2015 10:11 AM
During an interview with House of Cards actor Kevin Spacey for NBC's Meet the Press on Sunday, correspondent Cynthia McFadden noted: "A life-long Democrat, Spacey says he, like many Americans, is frustrated with Washington." Spacey proclaimed: "I think that what is truly unfortunate is when an entire party makes a decision that they're going to block every single thing that…