The left has taken over yet another entertainment medium and made it their own.

Netflix is no longer just a streaming service without a political bent. Not only did the company sign former Obama administration member Susan Rice to its board of directors, it also signed the Obamas and liberal showrunners like Ryan Murphy (who has created both anti-conservative and anti-traditional material in such shows as Glee and American Horror Story) and Shonda Rhimes (of the abortion-laden Scandal). Lately, the streaming service has been producing cringeworthy series such as the The Break with Michelle Wolf with its heavy salvo against conservatives and Insatiable with its jokes about sexual assault. 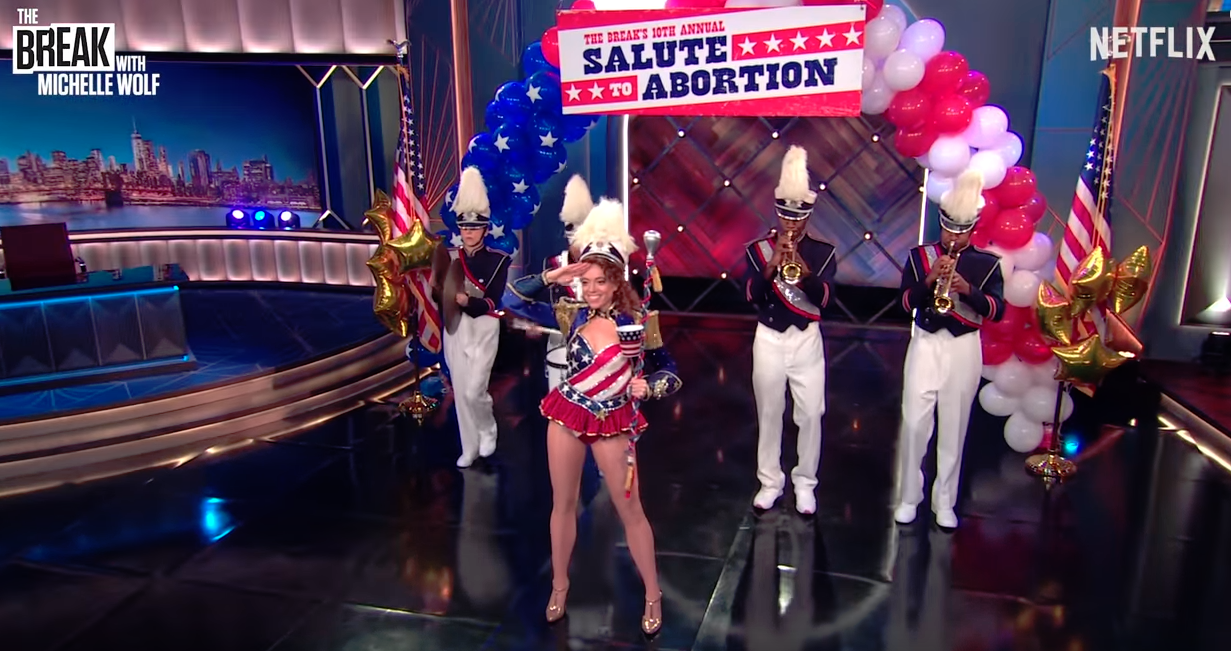 But that’s not all: Netflix employees (especially their CEO) donated 63 more times to liberal campaigns than to conservative ones.

In addition, billionaire and progressive propagandist George Soros purchased 148,500 shares of Netflix stock in early 2018. The wallet behind ProPublica and many liberal campaigns is now considered a “leading shareholder” of Netflix.

While Netflix insists again and again that it has no ideological agenda, facts indicate otherwise. In an ironic statement made to the media, Netflix’s chief content officer, Ted Sarandos, said, “This is not the Obama Network. There’s no political slant to the programming.” Meanwhile, Sarandos alone donated a total of $181,500 to liberal political candidates and causes, according to Opensecrets.org. Even Variety found his statement ironic, reporting that Sarandos “has personal ties to Democratic figures.”

He’s not the only major donor. CEO Reed Hastings and his wife, Patty Quillin, have donated a whopping $862,884 to leftwing candidates and causes. Out of the 1,734 political donations made by Netflix employees in the past 15 years, 1,613 of those donations were made to liberal political candidates or Democratic committees. The top liberal donors gave a total of $1,139,800.

When Barack and Michelle Obama were signed to Netflix, the former First Lady said that Netflix “is a natural fit for the kinds of stories we want to share.” Before the Obamas, Susan Rice, former member of the Obama administration, joined the board of directors.

Netflix original content has definitely been skewed to the left: since the 2016 election, Netflix has released 19 original series, movies, and documentaries that champion progressive ideals. Noted anti-conservative Norman Lear found a home there with a reboot of One Day At A Time, described by Variety as “a mash-up of both identity politics and economic anxieties.” The Handmaid’s Tale’s author Margaret Atwood gave Netflix a series all of its own, Alias Grace, which gave an argument for “safe and legal” abortions. GLOW, the wrestling series, spent an episode callously following the main character’s abortion, and Wet Hot American Summer showed Ronald Reagan and George Bush urinating.

The widely acclaimed drama House of Cards had an episode where Kevin Spacey’s character “spit on Jesus Christ on the crucifix,” in an episode condemned as anti-Christian and profane.

Don’t forget the documentaries. Seeing Allred, a documentary about Gloria Allred, was released on Netflix. GLAAD partnered with Netflix to create First Time I Saw Me, which “features transgender celebrities discussing media representation.” And the documentary Bobby Kennedy for President was released in 2018.

The agenda echoes through the original children’s series on Netflix. Bill Nye Saves the World offers a new look at global warming and climate change for the young ones, while All Hail King Julien warned children of the evils of a Trump-like character. Magic School Bus, the Netflix reboot, focuses on similar propaganda: beware global warming.

The comedians hosted on the service seem focused on saying the most controversial content possible, almost as if it was encouraged. Chelsea Handler, host of the Netflix series Chelsea, attacked Sarah Huckabee Sanders as a “harlot” “trolloped out with summer whore lipstick on her face” and spewed vitriolic filth at any conservative that fell victim to her ire. Meanwhile, she encouraged Trump’s “generals” on Twitter to “remove” Trump, effectively calling for a military coup. 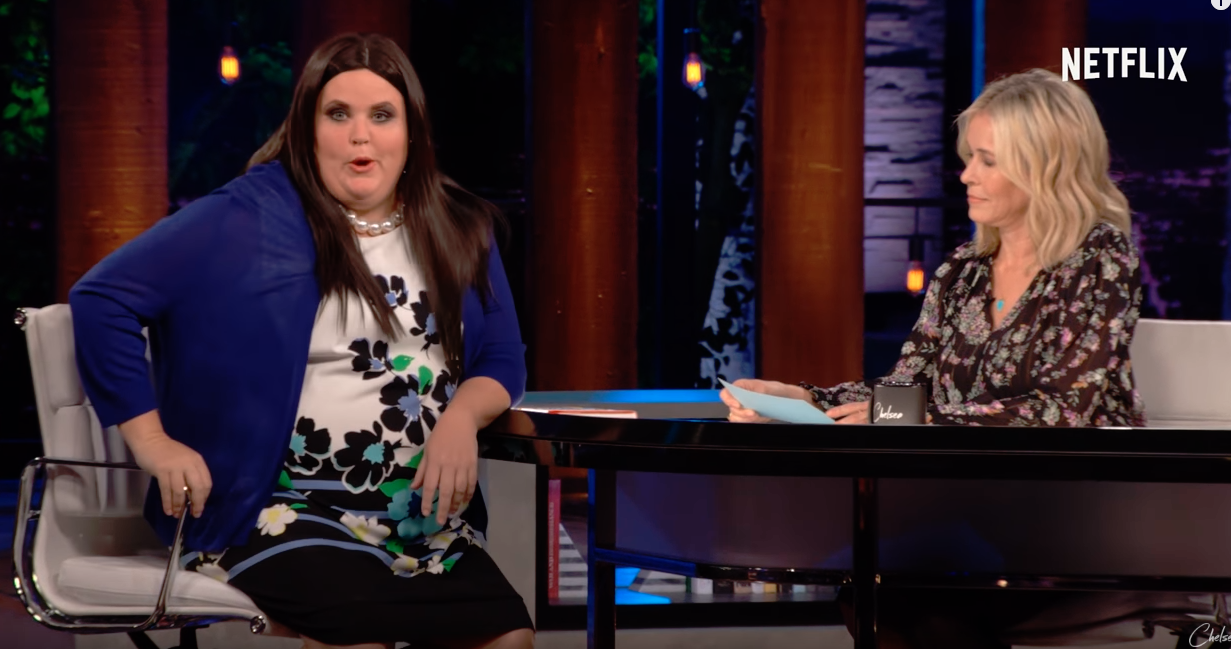 After Chelsea Handler exited from Netflix to “become an activist,” she was replaced by comedian Michelle Wolf, best known for attacking conservatives at the White House Correspondents Dinner. After only one season, Wolf has produced worse content than Handler, celebrating abortion and attacking Sarah Huckabee Sanders even more than Handler ever could. Even though Netflix cancelled the series after ten episodes, the scar tissue remains.

Despite the excessive attacks on the right and the holier-than-thou social justice warrior approach taken by Netflix, the company has had its fair share of skeezy harassment scandals and racially inappropriate behavior. Actor Danny Masterson, starring in the show The Ranch, was accused of rape by multiple women. A company spokesperson originally told the victims that Netflix “did not believe the allegations made against him.” Even though Masterson was eventually fired from the show after the allegations were made public, he retained his executive producer credits and continued to be featured in the second season of the series.

Alleged sex harrasser Jeffrey Tambor, fired from his Amazon series Transparent, continues to find work at Netflix starring in the show Arrested Development. Towards the end of June, CFO David Wells admitted that $39 million was spent in relation to “the societal reset around sexual harassment.”

Jonathan Friedland, Netflix’s Chief Communications Officer, was fired from the company after a memo was made public accusing him of saying the n word at a conference meeting--twice.

Recently, the streaming company has come under fire internationally for allowing a graphic child pornography scene. The Argentinian film Desire depicts two young girls under the age of 10 playing and then eventually turns into a sexual situation. 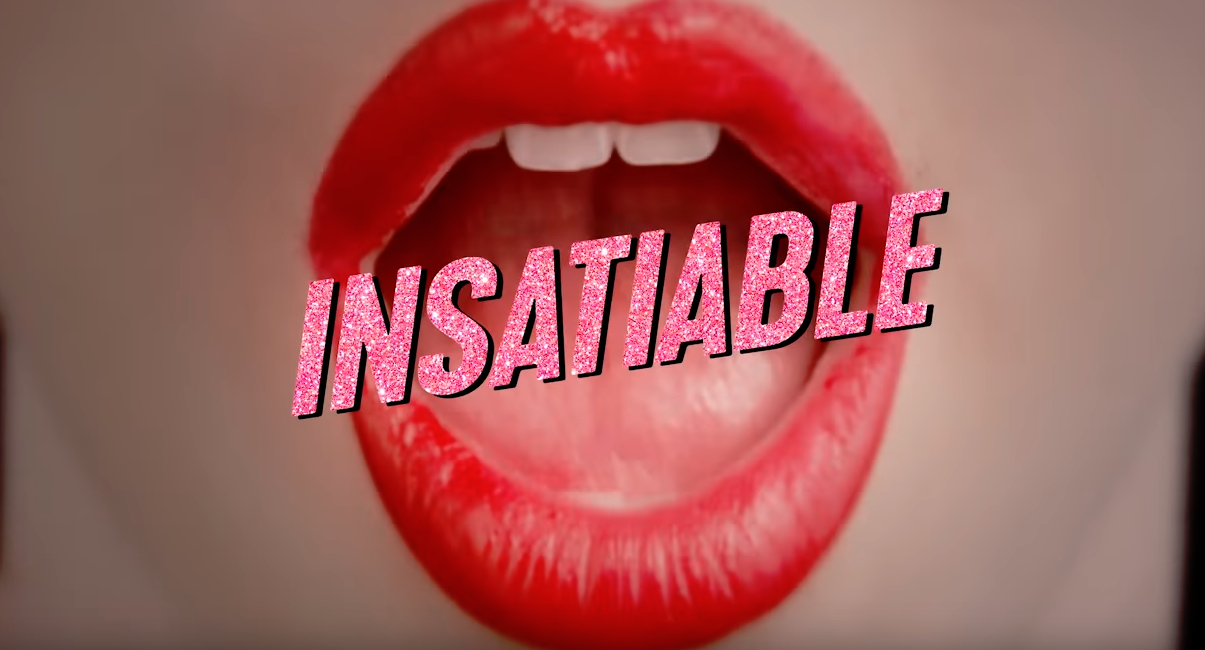 The latest original series to be released, Insatiable, depicts a young teenage girl who puts herself in compromising situations with older men, depicting a Lolita-esque storyline without batting an eyelash. Statutory rape, assault, sexual assault, and fat-shaming wreak havoc in this series, making even people on the left cringe. “There’s nothing funnier, you see, than sexual assault humor,” writes a disappointed Roxanne Gay.

When internet streaming first started, it was a new frontier with promise. In the year 2018, it turns out it’s just the same old thing as broadcast television: only one audience gets the main focus.