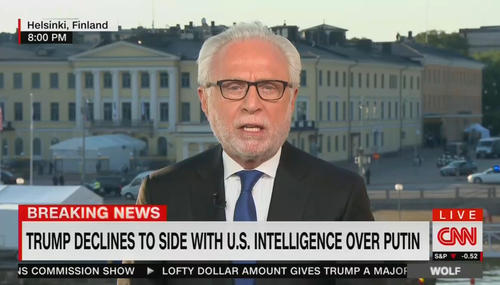 Curtis Houck
July 16th, 2018 4:17 PM
If you had felt that CNN would slowly run out of steam going into the afternoon hours overreacting to Monday’s bizarre and troubling Trump-Putin press conference, consider yourself sadly mistaken. Throughout the 1:00 p.m. hour, CNNers remarked that this “truly extraordinary moment in American history” was a “shocking barrage” that could warrant Trump’s impeachment. 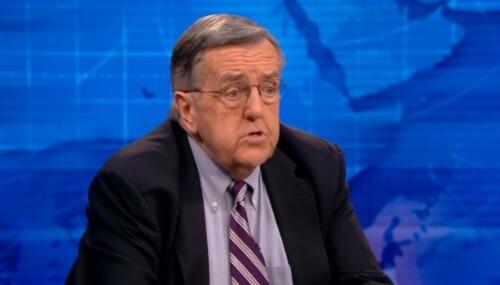 Tim Graham
November 29th, 2014 4:11 PM
On Friday’s PBS NewsHour, the Shields and Brooks week-in-review segment began with mutual sensitivity about the Ferguson situation – the word or concept of riots never quite emerged. But what was really surprising was liberal Mark Shields unloading on the Obama White House over the dumping of Defense Secretary Chuck Hagel, which anchor Judy Woodruff tried to soft-pedal as Hagel “steps down.” 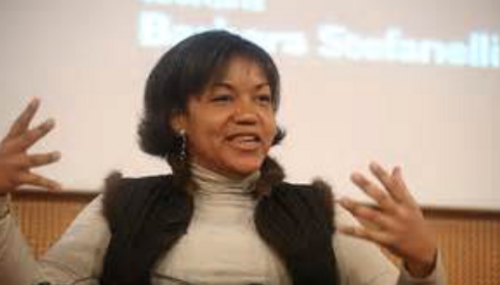 Tom Blumer
November 25th, 2014 1:09 PM
The New York Times continued its annoying, Winston Smith-like habit of rewriting history in virtually real time yesterday. Helene Cooper's original Monday afternoon report on Chuck Hagel's sacking as Secretary of Defense is no longer available at the Times. However, since I anticipated that the paper would conduct a comprehensive cleanup yesterday when I posted on the paper's original coverage,… 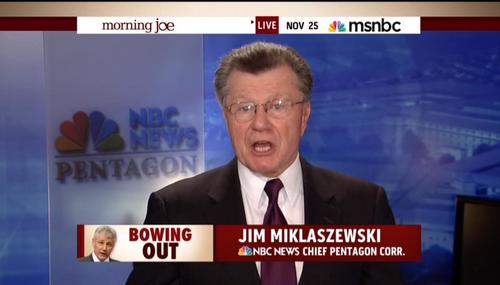 Mark Finkelstein
November 25th, 2014 7:53 AM
Jim Miklaszewski kept it relatively diplomatic, declaring "there's something amiss here."  But Joe Scarborough was blunt: "boy, that's damning," said the Morning Joe host.   They were characterizing Miklaszewski's description of the Obama administration's "micromanagement" of the Department of Defense in which communication flows only in one direction: from the White House to the Pentagon. On… 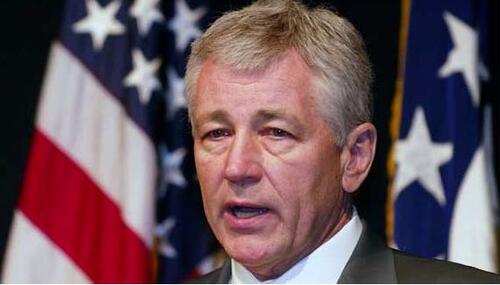 NYT: Hagel 'Wasn't Fired,' But Obama 'Made the Decision to Remove' Him

Tom Blumer
November 24th, 2014 2:38 PM
As is the case with so many executive changes in both the public and the private sector, there is vagueness in the circumstances surrounding the end of Chuck Hagel's stint as Obama administration Secretary of Defense. While it's not unusual for an exec to be asked to resign to avoid being formally fired, which was apparently the case with Hagel, the higher-ups involved are usually smart enough… 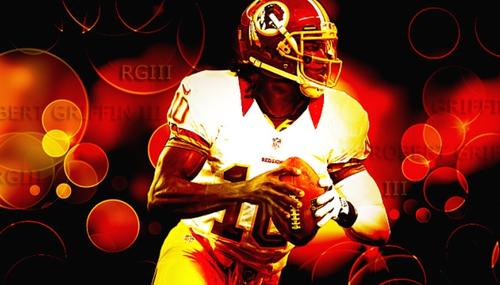 Tom Blumer
August 22nd, 2014 1:39 PM
The press never let George W. Bush forget about that "Mission Accomplished" banner on the USS Abraham Lincoln after Saddam Hussein was overthrown and his government's military was routed in Iraq. They often pretend that Bush said it, or adopted it. He did no such thing, saying only that “Our mission continues.” So while the press has come close to making a claim Bush 43 never made an article… 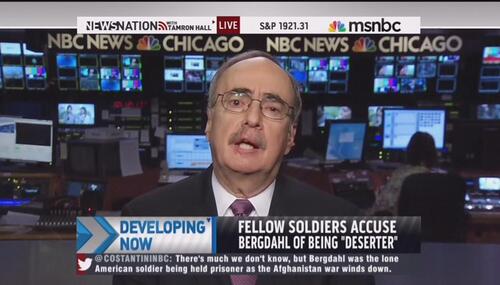 AP Memory-Holes How Troops Met Hagel 'With Silence,’ Possibly Due to

Tom Blumer
June 3rd, 2014 4:36 PM
Establishment press outfits have an annoying and in my view fundamentally deceptive tendency to make the content of news reports disappear once they have been "updated" with new information. The Associated Press, aka the Administration's Press, is one of this technique's most egregious practitioners. There's really no good reason for this practice. Storage is cheap. But far more important, so… 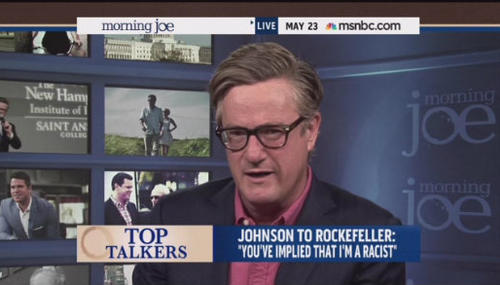 CBS's Rose Sympathizes on VA Scandal: Is It 'Premature' to Call for Sh

Scott Whitlock
May 23rd, 2014 12:45 PM
CBS This Morning co-host Charlie Rose scored an exclusive interview with Chuck Hagel on Friday. But rather than grill the Secretary of Defense on the latest details of the Veterans Affairs scandal, the journalist repeated talking points and wondered about whether it was "premature" for a top Obama official to resign.  Rose began by noting that there is "quite a concern" over the growing… 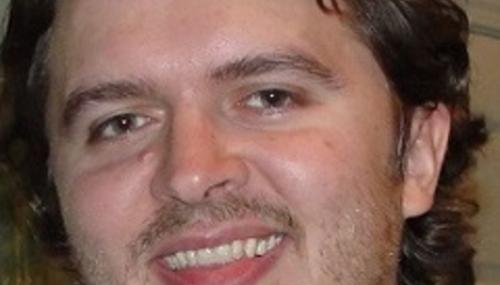 Scott Whitlock
February 24th, 2014 12:10 PM
The plan by Barack Obama's government to "dramatically" shrink the size of the Army to its lowest level since World War II warranted a scant one minute and 56 seconds of total coverage on Monday's morning shows. Yet, CBS, NBC and ABC devoted 19 and a half minutes to such topics as TV shows, makeup and viral videos. [See video of ABC's coverage below. MP3 audio here.] None of the networks… 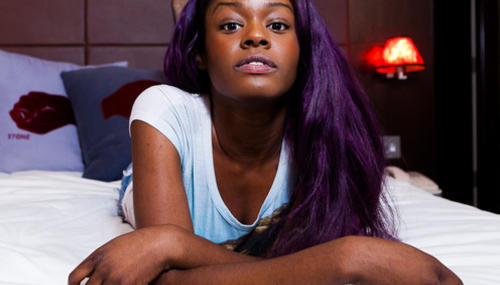 Jack Coleman
September 6th, 2013 11:30 PM
Seven words I never thought I'd say -- keep up the good work, Michael Moore. What prompted this was a tweet from the leftist filmmaker after Secretary of State John Kerry's appearance last night on MSNBC's "All In with Chris Hayes" during which Kerry described why military action against the Assad regime in Syria is justified. (Video after the jump) 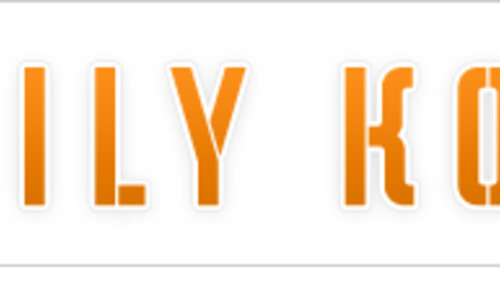 Paul Bremmer
February 28th, 2013 4:00 PM
The liberal media’s effort to demonize Sen. Ted Cruz continues. On last Friday’s episode of PBS’s Inside Washington, the mostly left-leaning panel of journalists piled on the criticism of the junior senator from Texas. The attacks were focused on Cruz’s questioning of Defense Secretary Chuck Hagel during Hagel’s confirmation battle. Moderator Gordon Peterson presented the topic like this: “The… 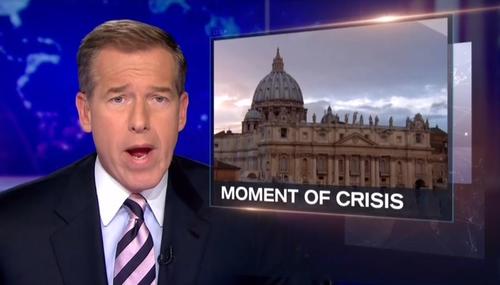 Clay Waters
February 26th, 2013 1:20 PM
Reporting on former Republican Sen. Chuck Hagel's nomination to serve Obama as secretary of defense, the New York Times' Jeremy Peters tried to imply as he has before that the Republican move to filibuster Hagel, who bombed in hearings, was both uncollegial and unprecedented. But Peters had to stretch in his Tuesday piece, limiting his examples to the narrow fact that Hagel is the first… 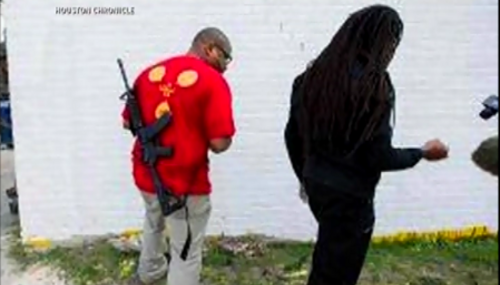 Andrea Mitchell Slams Republicans for Not 'Checking the Factual Basis

Kyle Drennen
February 21st, 2013 5:16 PM
On her 1 p.m. et hour MSNBC show on Thursday, host Andrea Mitchell mounted her high horse in condemning Republican senators who questioned defense secretary nominee Chuck Hagel about his connection to what turned out to be a fake organization: "Without even checking the factual basis for their questions....You can ask anything and create a sound bite, and then people pick it up in social media… 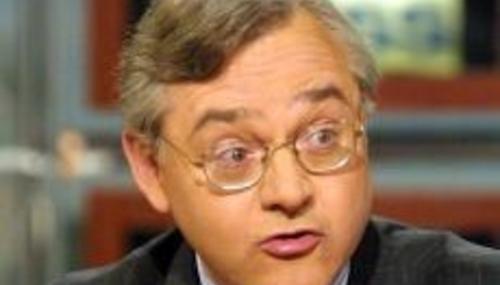 Ken Shepherd
February 19th, 2013 8:12 PM
Ten years ago,  then-Minority Leader Tom Daschle (D-S.D.) held together a Democratic filibuster of President Bush's nomination of Miguel Estrada to the Circuit Court of Appeals for the District of Columbia. Tom Curry of NBCNews.com notes that Republicans tried to end debate and proceed to an up-or-down vote seven times before eventually giving up. Frustrated with Daschle's obstructionism,…