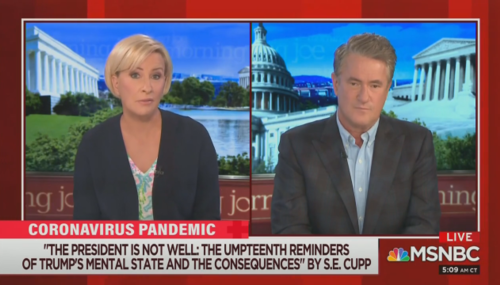 Mark Finkelstein
May 6th, 2020 9:14 AM
Joe Scarborough and Mika Brzezinski drool over, and quote  at great length, S.E. Cupp's column in the New York Daily News, the gist of which is that President Trump is mentally "very sick," and should be removed from office via the 25th Amendment if only that were politically possible. 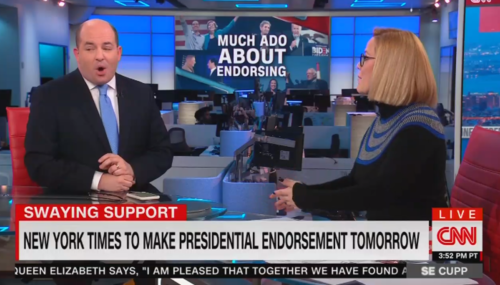 Nicholas Fondacaro
January 19th, 2020 3:06 PM
It’s one of the most blatantly biased things a media outlet can do: openly endorse a candidate running for office. But during CNN’s S.E. Cupp Unfiltered Saturday evening, Cupp and chief media correspondent Brian Stelter lauded The New York Times for making a televised spectacle out of their Democratic endorsement announcement happening soon. They would admit the Times had an editorial… 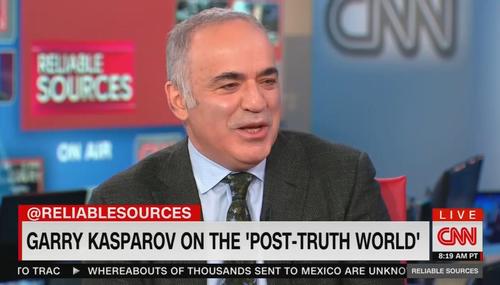 Ryan Foley
December 23rd, 2019 11:36 PM
Sunday’s Reliable Sources featured a ten-minute segment painting Republicans and President Trump as liars and trashing the Tax Cuts and Jobs Act. It did not take long for members of the panel to begin comparing Trump’s America to the Soviet Union and the Third Reich. 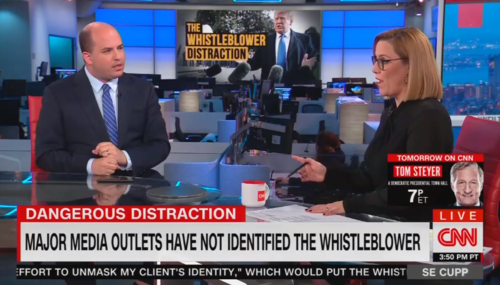 Nicholas Fondacaro
November 11th, 2019 5:53 PM
“Ignorance is strength.” That’s one of the three infamous “slogans of the Party” featured in George Orwell’s novel 1984, in which Big Brother edits the news to manipulate the populace. Well, it was that kind of authoritarian action CNN shills S.E. Cupp and Brian Stelter were celebrating, during Saturday’s edition of Unfiltered, when it came to social… 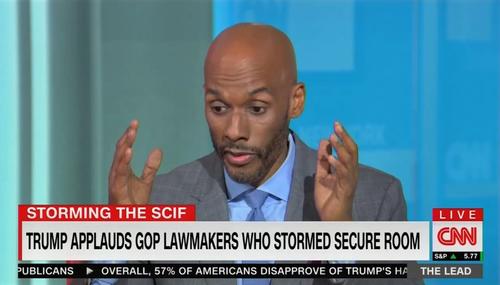 Tim Graham
October 24th, 2019 11:28 PM
Just a day after CNN anchor Brooke Baldwin shamed Democrats for using lynching metaphors in politics, CNN commentator Keith Boykin leapt right back into the sleaze on The Lead with Jake Tapper on Thursday, comparing Republicans surging into a House impeachment hearing to a Ku Klux Klan lynching party. “This looked like a Klan group assembled outside a jail trying to get the sheriff to let… 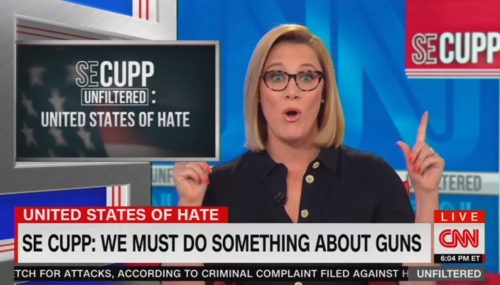 Nicholas Fondacaro
August 11th, 2019 12:11 PM
CNN host S.E. Cupp used to be a conservative voice of reason on a network filled with gun control leftists who could barely tell the difference between a handgun and a water gun. But the corrupting influence of CNN was potent and during her Saturday edition of Unfiltered, Cupp demanded that America (or, the “United States of Hate” as she dubbed it) throw out reason and the… 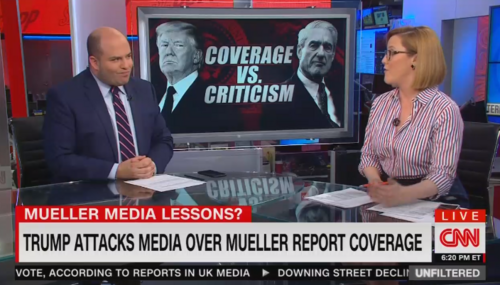 Nicholas Fondacaro
March 31st, 2019 10:37 AM
CNN boss Jeff Zucker sent out his liberal media dung-shovelers over the weekend to try to clean up the mess they made by buying into the Trump-Russia collusion conspiracy theory. During Saturday’s Unfiltered, host S.E. Cupp and media correspondent Brian Stelter took to bashing Fox News for boasting about their proper neutral stance for the last two years. At one point, Cupp equated Fox News… 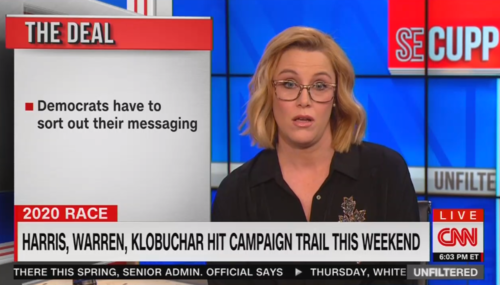 Nicholas Fondacaro
February 24th, 2019 1:19 PM
With the Democratic primary field becoming more crowded by the week, the left has inevitably started to eat their own as wild and head-scratching stories about the candidates began to fly every which way. During Saturday’s S.E. Cupp Unfiltered, the show’s namesake (who’s supposed to be a conservative) was in a tizzy because the left was causing some real damage to itself and was… 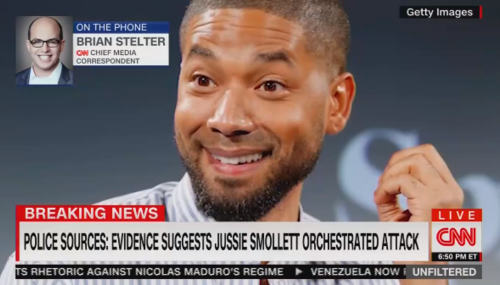 Nicholas Fondacaro
February 17th, 2019 5:09 PM
The liberal media got burned by Jussie Smollett’s apparent hate crime hoax because they wanted to believe the cartoonish image they concocted for Trump supporters and conservatives. The media ate it hook line and sinker and ran with it without the facts. But on Saturday, CNN media reporter and host of the so-call “Reliable Sources” program, Brian Stelter tied to distance the…