In the wake of the horrible Buffalo supermarket shooting, liberal journalists lunged at the opportunity to blame the mass murder on conservative and Republican messengers.

On CNN, S.E. Cupp was especially egregious in accusing the right-wingers of “amplifying” a “white replacement theory,” claiming the Democrats expected the influx of immigrants (largely illegal) would eventually lead to red states turning blue. Whites are not being replaced. Democrats just hope they’re outnumbered.

Cupp lit into “far-right wing media” (this mostly means Fox) and how “It stirs up racial animus, ethnic animus, religious animus. That is the intended effect of turning neighbor against neighbor, and getting people angry and afraid.” 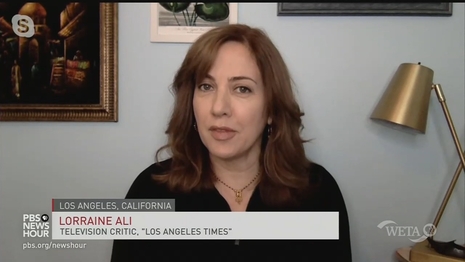 Los Angeles Times TV critic Lorraine Ali launched into Tucker Carlson, who “has been ratcheting up the political tension for ages, especially since Biden assumed office, in ways that dovetail dangerously with the Buffalo shooter...In fact, whipping up fear of The Other, then pretending nothing happened, is Carlson’s sweet spot.”

These attacks seem completely blind to the notion that their own liberal media outlets stir up racial animus, ethnic animus,and religious animus. They turn neighbor against neighbor. They thrive on getting people angry and afraid. They have ratcheted up the political tension for ages.

Ask Larry Elder about the Los Angeles Times. He mocked them in February for an editorial headlined “The Vitriol in Politics Is Driving Good People Out of Public Service.” He noted this was the same newspaper that publishes leftist columnist Erika D. Smith, who attacked Elder’s gubernatorial campaign with the headline: “Larry Elder Is the Black Face of White Supremacy. You’ve Been Warned.” A state senator quoted in that column said Elder would be part of “going back to Jim Crow.”

I think calling someone “Jim Crow” or the “black face of white supremacy” is....”whipping up fear of The Other.”

Lorraine Ali herself has raged against the “mainstream media” for not being divisive enough against Fox News and other conservative media. They “showed up to this poison-tipped knife fight with plastic sporks.”

As for CNN, no one should claim with a straight face that their business model isn’t keeping people angry and afraid. Christiane Amanpour recently put on ex-evangelical Frank Schaeffer, who compared the GOP to 1930s European fascists and current Islamic dictatorships: “What these people want is a Christian white nationalist version of what you have in Iran today and Saudi Arabia.” Amanpour then hailed him as "hugely instructive."

It’s still funny to recall a 2019 podcast where Ezra Klein attempted to nudge CNN’s Brian Stelter into admitting that all cable-news channels stoke anger in their viewers, and Stelter went into denial. That was just a Fox thing: “The idea we're going to make our viewers pissed -- that is a Roger Ailes business model that was established 20 years ago. Nobody at CNN or MSNBC was thinking about that the way he was.” 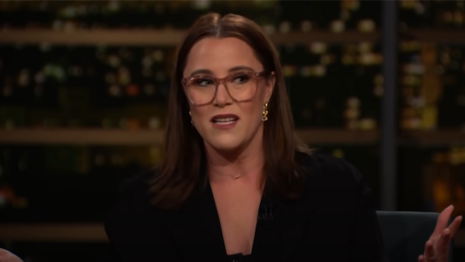 As for S.E. Cupp, it was about one year ago that she went on the Bill Maher show and said the Republican Party “makes pornography of patriotism and practically fellates the Founding Fathers....This is what it looks like when you’d rather rape democracy than come up with your own ideas.”

There’s nothing wrong with being combative. Being divisive is essential to politics: vote for Us, not Them. But there is something transparently ridiculous in crusading against “divisive vitriol” in politics while you spray it with a fire hose.