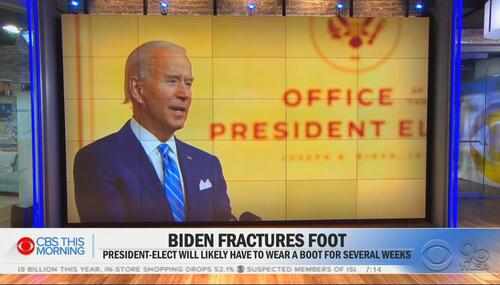 Joe Biden over the weekend broke his foot while playing with his dog. Despite being obsessed with even the most minor aspect of Donald Trump's presidency, the networks on Sunday night and Monday morning showed very little interest in the health of the 78-year-old president-elect. 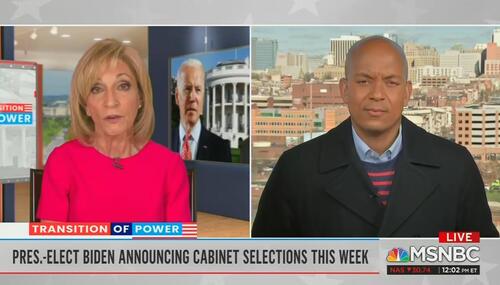 MSNBC's Andrea Mitchell began her Monday show by enthusiastically touting Joe Biden's likely nominations to key cabinet and national security posts as a departure from the Republican hacks that President Trump has chosen. White House correspondent Geoff Bennett agreed and even parroted Biden's proclamation that "America is back." 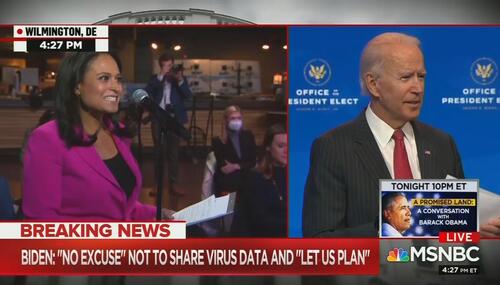 If anyone was hoping the third time would be the charm for consistently constructive or tough questions at a post-election Joe Biden press conference, Thursday illustrated that such a hope was a fool’s errand. Over the course of the 15-minute availability, the Biden team had the former vice president receive questions from only four reporters with three of them offering softballs. 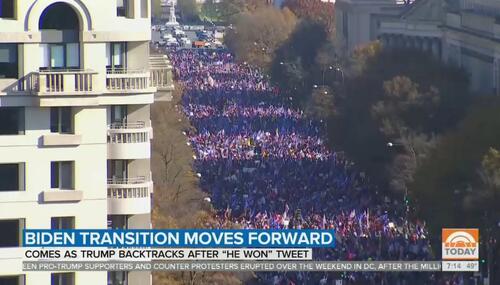 Rather than focus on the brutal attacks on Trump supporters in Washington D.C. over the weekend, including sucker punches and the harassment of the elderly, the partisan hacks at the network morning shows instead spun them as “relatively,” “mostly peaceful.” 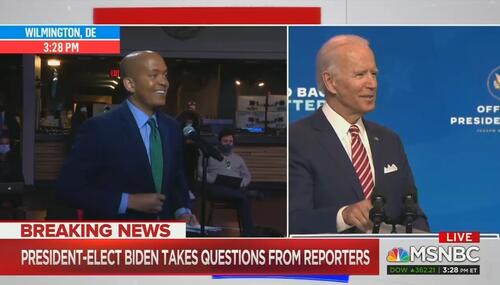 LAME: Journos Suck Up to Biden on COVID, Trump Being ‘Threat’ to Power

Just as they did on November 10 in his first post-election press conference, liberal journalists played the role of lap dogs for Joe Biden, giving him free reign to attack President Trump and nudge him to the left on the coronavirus pandemic and the economy. NBC’s Geoff Bennett went first and set the tone. With a smile affixed to his face and invoking the coronavirus vaccine rollout plans,… 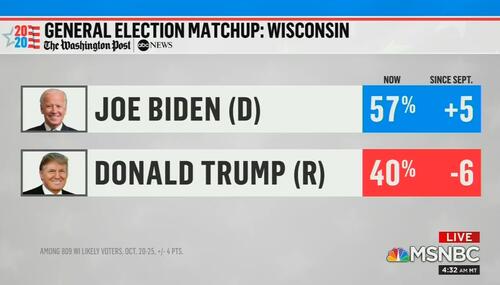 Column: The Absolute Failure of Pollsters

Pre-election polls, when compared to the actual vote count, were Fake News. They are absolutely worthless as measurements of the electorate. They are damaging the legitimacy of our democracy, not helping it. When they’re this off base, they lead to both sides of the divide feeling the system is rigged. What's obviously rigged are these polls, easily categorized as an alternative reality. It’s… 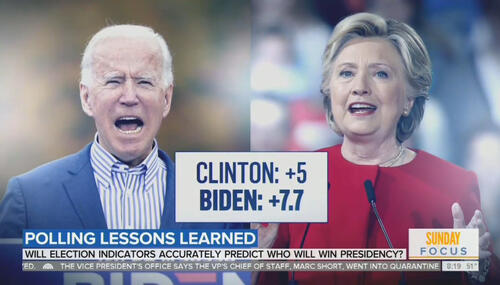 On NBC’s Sunday Today, host Willie Geist channeled the worst fears of Democrats in 2020, that it would be a repeat of Hillary Clinton’s failed 2016 campaign: “After 2016, Democrats are suspicious of Joe Biden’s polling lead and Republicans see a reason for hope. So how much should you trust the numbers?” In the report that followed minutes later, the network attempted to reassure the… 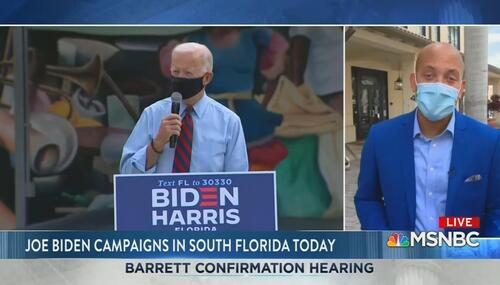 Over the last several days, Joe Biden has repeatedly muddled his non-position on court packing, at one point declaring that voters “don’t have a right to know” what he would do. On Monday, the Democrat declared himself “not a fan.” That was enough for MSNBC to declare the issue dead and concluded. Reporter Geoff Bennett hailed the “moderate” Biden and insisted that Democrats were “warranted”… 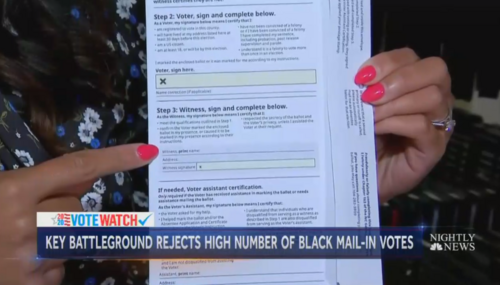 In the same Thursday edition of NBC Nightly News where White House correspondent Geoff Bennett proclaimed that President Trump was “stoking his manufactured voting fraud crisis,” correspondent Morgan Radford cried racism as the force behind why a black man in North Carolina had his mail-in ballot rejected. But she would later admit that he didn’t have a witness signature and had the… 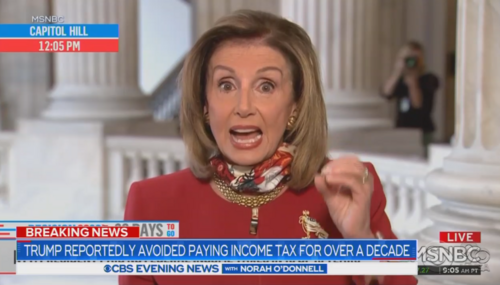 Not even 24 hours after The New York Times published its joke of a report about President Trump’s taxes, and the Democrats and the media had already jumped the shark with their accusations. During their Monday newscasts, CBS Evening News and NBC Nightly News attempted to promote Speaker Nancy Pelosi’s (D-CA) crazy conspiracy theory that the President was owned by… 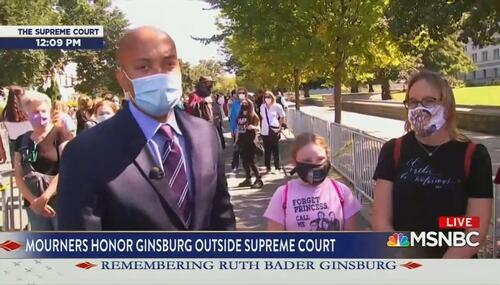 When discussing such serious and complicated things such as the law, the future of the Supreme Court, and the country, one would hope MSNBC's Geoff Bennett would think to interview someone well informed on the subject but instead, on Wednesday's Andrea Mitchell Reports, he chose 10 and 13 year old children. 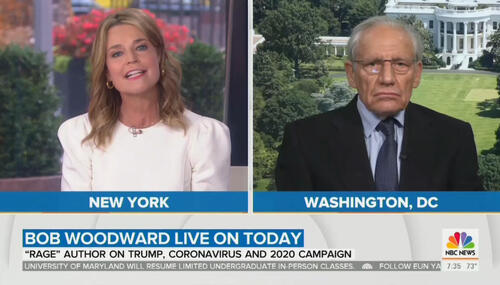 During an exclusive interview with Bob Woodward Monday morning about his Trump-trashing book timed to impact the election, NBC’s Today show co-host Savannah Guthrie complained that the Washington Post journalist hadn’t come out months ago to attack the President’s handling of the coronavirus pandemic. She even quoted a far-left radical writer to try to bolster her argument.…