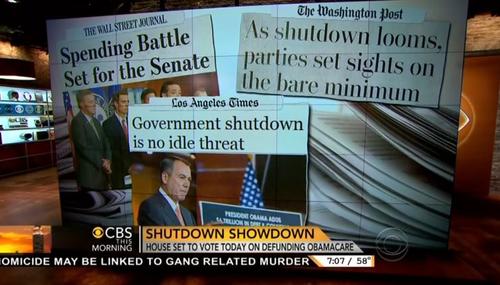 Rich Noyes
September 20th, 2013 11:28 AM
Back in 2010, when ex-House Majority Leader Tom DeLay was convicted on money laundering charges related to campaign fundraising, all three network morning and evening news shows made sure to tell their viewers. But last night and this morning, after an appeals court overturned that verdict and completely acquitted DeLay of those charges, none of the broadcast networks bothered to even mentioned…

Matthew Sheffield
June 28th, 2007 12:37 AM
After immediately jumping on the news that then-House majority leader Tom DeLay was indicted by a Democratic Texas prosecutor, the big three networks refused to mention the Wednesday news that the Texas supreme court has approved the dismissal of one of the charges against him.The charges were originally dismissed by a lower court judge (an event which the big three just barely covered) who…

Tom DeLay Calls For Conservatives to Take Down Rosie O’Donnell

Noel Sheppard
April 14th, 2007 10:31 AM
This is waaaaay too funny, folks, and requires all combustibles, potables, and sharp objects to be properly stowed before proceeding. In response to the recent brouhaha concerning Don Imus and the Rutgers women’s basketball team, former House Majority Leader Tom DeLay has called on “conservatives to use the available media (radio talk shows, blogs, letters to the editor) to protest and demand…

Noel Sheppard
December 25th, 2006 12:58 PM
For months before Election Day, Americans were brainwashed by the media concerning a Republican “culture of corruption,” and the need for the Democrats to clean it all up. Unfortunately, in the middle of this web of lies, the press chose to ignore the misdeeds of any politician with a “D” next to his or her name. Now that the elections are over, and the press got the result they wanted, exposés…

ABC's Tapper Scrutinizes GOP Scandals, But How About Harry

Mark Finkelstein
October 20th, 2006 10:53 AM
Who is Jake Tapper? He was the chief political correspondent for the lefty Salon.com. His book about the 2000 campaign, Down and Dirty: The Plot to Steal the Presidency, was so biased against Bush that even fellow liberal Jonathan Alter panned it.Tapper now patrols the political beat for ABC. But his lopsided report on congressional scandals on this morning's GMA reveals that he has lost none…

Shrum So Shrill, Even Chris Cringes