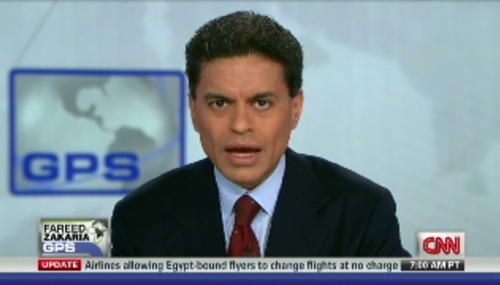 Tom Blumer
May 17th, 2011 9:22 PM
UPDATE, May 18: NewsBusters commenter "dreamsincolor" has pointed out that CNN "somehow" forgot Democratic New York Congressman Eric Massa, who resigned in 2009 to avoid "an ethics investigation into alleged misconduct toward a male staff member." (Begin original post) Chris Ariens filed a report today at MediaBistro's TVNewser that opened with a reader's Tweet, which plaintively asked: "…

Mark Finkelstein
May 2nd, 2008 10:35 AM
What legitimate journalistic purpose did this serve? In a segment narrated by Pete Williams on the apparent suicide of Deborah Jeane Palfrey, the so-called DC Madam, this morning's Today played the tape of the 911 phone call made by Pelfrey's 76-year old mother, who had discovered her daughter's body. Of all the 911 calls I've heard, this was the most anguished and heart-rending.

Tim Graham
March 10th, 2008 4:54 PM
A prostitution scandal strikes the Democrats? When Sen. David Vitter admitted he’d used the services of the "DC Madam," thanks to probing by ABC News, the major media saw harm for the entire Republican Party nationwide. Will Governor Spitzer become a national problem for the entire Democratic party? Or will the media suddenly keep the scandal as localized as they can make it? NBC and MSNBC were…

Michael Lanza
August 7th, 2007 12:42 PM
Yesterday I wrote a piece about reporter Mika Brzezinski's handling of a story that reflected a political double standard on her part. While hosting MSNBC's "Morning Joe" for the vacationing Joe Scarborough, Brzezinski aired a video of a female reporter chasing after Los Angeles Mayor Antonio Villaraigosa. Before she could catch up with the mayor however, the reporter was intercepted by a very…

Brzezinski: Democrat's Affair 'Not Pressing,' No Objection to Vitter C

Michael Lanza
August 6th, 2007 3:57 PM
Liberals can rest easier knowing that despite her outspoken views on newsworthiness and ethics, MSNBC’s Mika Brzezinski can still be counted on to go to bat for the Democrats. The reporter and "Morning Joe" regular showed off her famous sense of journalistic integrity while filling in for host Joe Scarborough on Monday morning. In the first half hour, Brzezinski played a video of a journalist…

Mark Finkelstein
July 30th, 2007 7:01 AM
Mika Brzezinski is so outraged that people are discussing Hillary's cleavage . . . that she hopes it helps the Dem prez candidate.The topic arose at 6:18 A.M. EDT on today's "Morning Joe." The affable Willie Geist, a frequent panelist, is serving this morning as guest host for the absent Joe Scarborough. He broached the subject.MORNING JOE GUEST HOST WILLIE GEIST: One of the other big stories…

Ken Shepherd
July 24th, 2007 4:01 PM
Filling in on July 17 for Keith Olbermann, MSNBC's Alison Stewart devoted a "Countdown" segment to criticizing the dress Wendy Vitter wore during a July 16 news conference in which her husband, Sen. David Vitter (R-La.), admitted to an affair with a prostitute. With "Fashion Ho-Pas?" emblazoned on-screen (pictured at right), Stewart interviewed Radar Online's Jeff Bercovici, who snarked that…

Mark Finkelstein
July 12th, 2007 7:37 AM
There's surely some deeper lesson to be drawn from the tantrum liberal activist Michael Rectenwald threw on yesterday's "Tucker." But in the meantime, for sheer entertainment value it's hard to beat Rectenwald's display of purple-faced apoplexy.Rectenwald is the man behind the left-wing "Citizens for Legitimate Government," whose mission, according to its website, is "Exposing the Coup" and "…