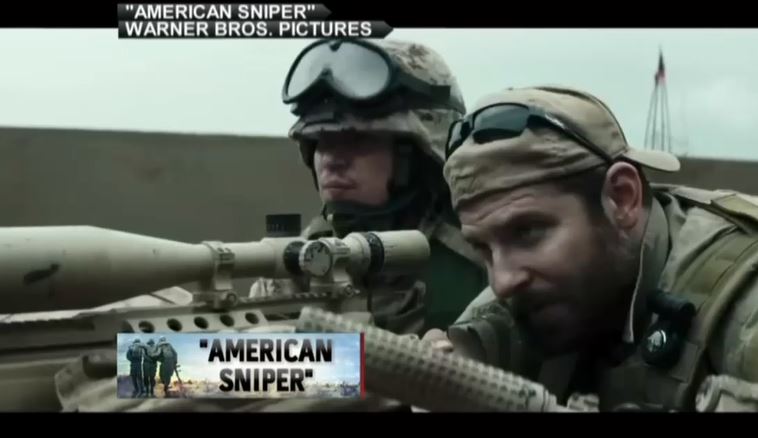 Clint Eastwood is more libertarian than conservative, but as a voter he leans distinctly towards the GOP, at least in presidential contests (he’s also been known to show up on the podium at the party’s convention). It’s not surprising, then, that film critic David Edelstein would opine in the December 29 issue of New York magazine that Eastwood’s new picture, American Sniper, while “a cracker­jack piece of filmmaking,” is ultimately “a Republican platform movie.”

Edelstein, who also reviews films for CBS News Sunday Morning and NPR’s Fresh Air, complained that “as in many jingoist war movies, the native population are portrayed as invaders of our sacred space instead of vice versa…The people [Chris] Kyle shoots always represent a ‘savage, despicable evil,’ and the physical and mental cost to other Americans just comes with the territory.”

Spouting off to an empty chair at the 2012 Republican National Convention, Clint Eastwood looked as if he were slipping into doddering dementia, but he’s shrewder and more focused than ever in his Iraq War picture American Sniper. It’s a cracker­jack piece of filmmaking…

The script, by Jason Hall, shows Kyle (Bradley Cooper) watching the Twin Towers fall on 9/11 and enlisting…Then…he’s off to Iraq, with no indication that the two events—9/11 and the Iraq invasion—have been yoked together by unscrupulous politicians who don’t have a clue what lies in store for American soldiers. As in many jingoist war movies, the native population are portrayed as invaders of our sacred space instead of vice versa…

…[Cooper] plays Kyle as grimly self-contained, both hyperalert and alienated. Kyle is put through the kind of training that would drive most men insane and, newly honed, gradually realizes that he’s now fit to do only a few things—protect other Americans, avoid being killed, and kill—and that he’ll never fully recover his old self. But Eastwood—who never directed a better scene than the one in Unforgiven when the protagonist shoots a basically harmless man and has to listen to his excruciating death throes—makes the moral stakes almost nonexistent. The people Kyle shoots always represent a “savage, despicable evil,” and the physical and mental cost to other Americans just comes with the territory. It’s a Republican platform movie.