Liberals Gush on PBS: Obama Eulogy 'One of the Great Moments Anyone Has Ever Seen'

Only on PBS would it be considered part of a Fourth of July celebration to have the editor of The New Yorker gush over Barack Obama’s most “progressive” accomplishments. It’s also quite like PBS to have this journalist conclude that he feels about Obama just like you would feel about  “your favorite ball team.”

The program was the late-night talk show Charlie Rose, and the gushiest moment from both Rose and New Yorker editor David Remnick came in celebrating Obama’s eulogy in Charleston for the late Clementa Pinckney, shot dead by a racist. They agreed this was an emotional pinnacle for the president, with Rose even saying it was “one of the great moments anyone has ever seen.” PBS, they suggest, is the channel for emotional restraint?

CHARLIE ROSE: I want to talk about the future where it brings us. But here is Ed Luce in an op-ed [in the Financial Times]. He said "He went to Charleston to speak at a funeral. He left at the emotional pinnacle of his tenure. Last week brought to the fore both the majesty and the limits of the U.S. presidency. It would not have been the same on anyone else’s watch."

DAVID REMNICK: Well, he could perform and say things and say it in a certain way that Hillary Clinton or any number of other politicians to his right or left can’t.

REMNICK: Yes. Look, that adds to the emotional freight to what happened in that church in that eulogy.

ROSE: It was one of the great moments anyone has ever seen who believes in someone having total command of the moment.

This is PBS. There is no conservative or Republican invited to debate the merits of Obama. There are only toasts and boasts to the historic greatness of an Obama moment.

REMNICK: I think a year ago there was this sense that, among some people, that the presidency might just kind of play out, that he felt defeated, that he felt outnumbered by Congress. What you want to see in him or any president that you have high hopes for, just as you do for your favorite ball team, is that they leave it on the floor, that every ounce of energy and exertion is left on the floor, so even at the end of the term, things that he pushes toward the good may not succeed and may not reach their culmination, but for the next one actually might.

That certainly was the case for health care, which so many presidents failed to bring home and Obama did by a very, very slender margin.

There you go -- PBS celebrating Obamacare as part of an Independence Day program.

Bizarrely, after acknowledging that Obama was lying about being opposed to gay marriage – he said “I don’t say this derisively – [he] played politics – he claimed Obama wasn’t duplicitious like Dick Nixon. He was "sophisticated" when he lied: 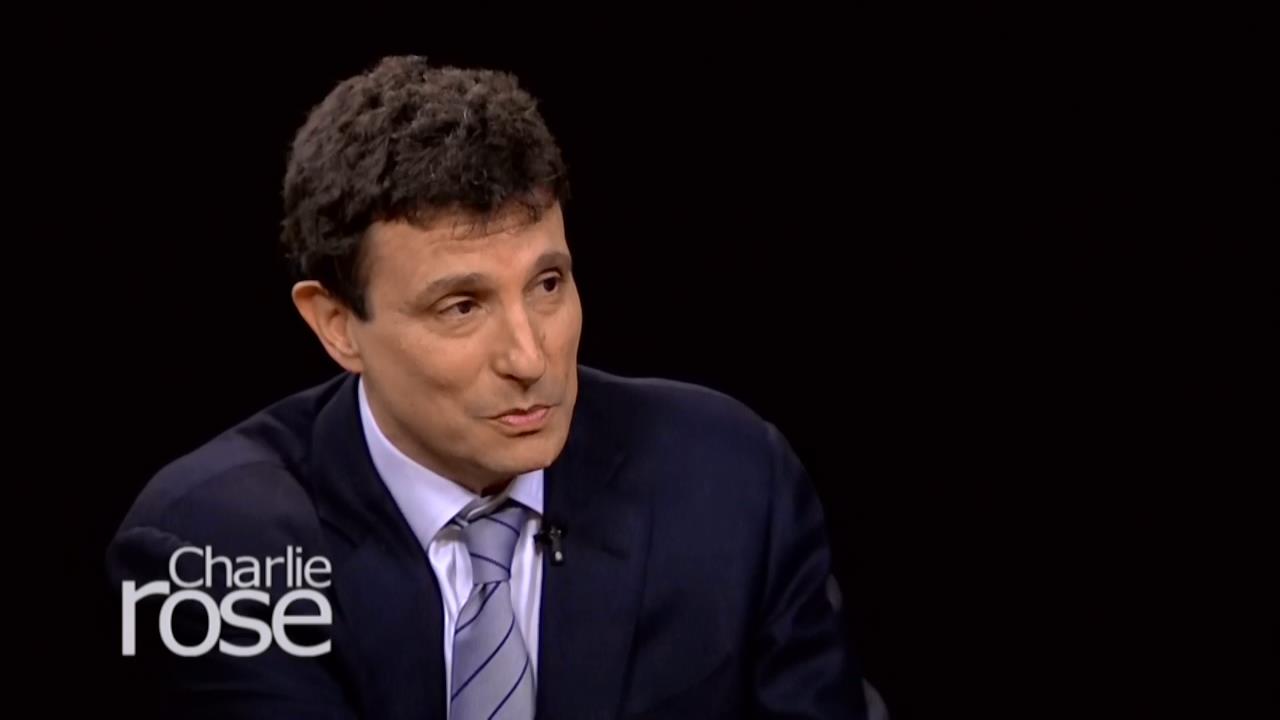 REMNICK: I always think that he is who he says he is. I think he’s the opposite of somebody like Nixon or the ultimate duplicitous president. It always paid off when thinking about him. To take him pretty much at his word, maybe a sophisticated view of it when it came to the politics of marriage equality, but it never occurred to me to think otherwise that he was a left of center Democrat.

That’s what he was from the beginning of his career, that he was not any great radical....

So, you know, so when we’re thanking -- we’re congratulating each other on July 4, I think a lot of the names of gay rights, whether they’re the kind of more or less establishment liberals on this or radicals like Larry Kramer need to be congratulated and acknowledged as every bit essential to this as any politician.

Later, Remnick praised Obama’s “kind of thoughtfulness” as a dramatic contrast with Donald Trump, who he called a “grotesque buffoon. We should be able to call things what they are...there have been a lot of buffoons in American life but, you know, this is somebody who uses hate as his main bludgeon.” Ted Cruz looked good by comparison:

ROSE: So he’s not serious about wanting to be president?

REMNICK: Oh, my God, don’t even say it. I mean, this is a serious office.

ROSE: OK, but that’s you looking at the kind of person that you would like to see --

REMNICK: Look, Ted Cruz -- I don’t agree with Ted Cruz on almost anything. Ted Cruz is an intelligent person.

REMNICK: Well, he’s a very intelligent person and there are any number of people running for president on the Republican side who are intelligent, serious people.

That may have been the most shocking admission, and it took Donald Trump to force it out. It almost makes you want to see Trump buy The New Yorker so he can make David Remnick squirm.