Melinda Gates is the ideal philanthropist in the eyes of the liberals at Time magazine – after all, she and her husband Bill Gates became Time’s Persons of the Year...about the same time they gave Time money for a health summit. Anyhow, Melinda was recently honored with the “Ten Questions” interview  with Belinda Luscombe in Time’s December 1 and 8 issue.

They promoted “The philanthropist on the importance of contraceptives, her daughters and her growing optimism.” The contraceptive talk turned to....vagina mints? Then Mrs. Gates lied to (or at best, misled) Time about her foundation's support for abortion advocates. 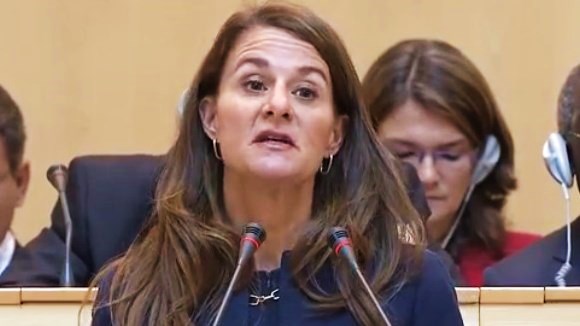 Are there technological breakthroughs in contraceptives?

This is a field where we haven’t done much research in the last 20 years. One day we might be able to have a contraceptive that would dissolve, like a breath mint, that she’d be able to put in her vagina, and it will last, say, 30 days. Or it’s an implant that you can put in your arm that lasts three to five years....

You were raised Catholic. Clearly, you’re a big believer in contraceptives. [This is code for “Clearly, you’re now fighting the traditional Catholic teaching tooth and nail on a global scale.”] Do you draw a line at abortion?

The foundation only funds contraceptives. We do not do the abortion piece.

That’s simply not true. While they declared this June that they would no longer fund abortion advocacy, Josh Craddock at Live Action News noted the Gates Foundation is a major funder of Planned Parenthood and other international abortion advocates -- to the tune of about $117 million over the last five years. The Gates Foundation explicitly states it's funding "Global Policy & Advocacy."

Furthermore, this is not the first time Melinda Gates has sold this flim-flam to a news magazine. In Newsweek in 2012, Gates also denied funding abortion lobbyists.

Perhaps more importantly, there’s her Catholic faith, which has always informed her work. “From the very beginning, we said that as a foundation we will not support abortion, because we don’t believe in funding it,” she says.