On page 2 of Monday’s Washington Post, their political team Aaron Blake and Sean Sullivan reported this in their weekly focus on the best news for each party. For Republicans, the best news?

"A Washington Post-ABC News poll showed that Americans, by 55 percent to 38 percent, think Obama is more of a divider than a uniter, and with a 52-42 split that his presidency is more of a failure than a success." Several new polls of the 2014 election also showed Republicans taking a lead on the "generic ballot."

Wait a minute: 52 percent of those polled said Obama’s presidency was a failure? By 55 to 38 percent, he’s more of a divider than a uniter, a complete reversal of the media myth that began at the 2004 Democratic convention? Where was this in the Post?

It turns out there was no headline in the paper for these numbers. On the morning of September 9, a piece of it appeared in the third paragraph of a front-page story by political reporter Dan Balz and pollster Peyton Craighill headlined “Support widens for air strikes.”

Obama's speech also comes at a critical moment in his presidency. He will address the nation at a time of record or near-record lows in public assessments of his performance. Only 43 percent of Americans say he is a strong leader, the lowest reading since he entered the White House. Just over half the country says his presidency has been a failure, although partisanship colors that judgment. 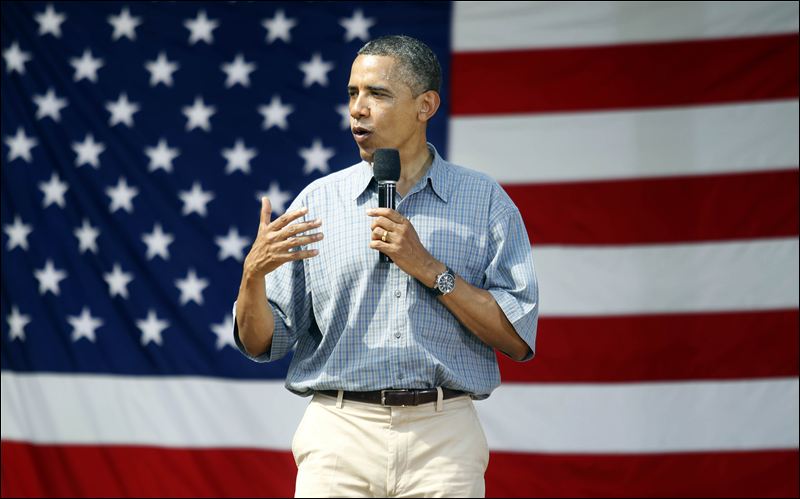 Partisanship? The Post was trying to put a little sugar in its story. Online, Aaron Blake did report that day:

A majority of Americans say Obama's presidency is a 'failure';
Even one-quarter of Democrats say he's a failed president.

The poll shows Americans say 52-42 that Obama has been more of a failure than a success. Among registered voters, the gap is even bigger -- at 55-39 -- with four in 10 (41 percent) saying they "strongly" believe Obama has been a failure.

The uniter-divider data is down in paragraph 24, long after that Balz-Craighill front-pager dove inside the paper:

More than half of all Americans say Obama has done more to divide the country than unite it (55 percent to 38 percent). In May 2013, the last time the question was asked, there was an almost even split. Today, slightly more than a quarter of Democrats share this assessment, along with roughly 6 in 10 independents and almost 9 in 10 Republicans.

To be fair, on Friday’s front page, reporter Karen Tumulty did explore the Post-ABC findings on how Obama’s core supporters (like "Wal-Mart moms") are cooling to him, but that’s not quite as shocking as the “failure” question:

Women surveyed said they disapprove of Obama by a margin of 50 percent to 44 percent - nearing an all-time low in the poll. It's almost the reverse of the 55-to-44 breakdown for Obama among female voters in 2012, according to exit polls.

His approval rating among women has slipped four percentage points from a year ago and 16 points since his second inaugural in January 2013, when his approval was 60 percent among the group.

Among younger voting-age Americans, Obama's approval rating stood at 43 percent. That marked an 11-point drop since June among those 18 to 29 years old. Voters younger than 30 supported Obama by 60 percent to 37 percent in 2012.

Meanwhile, support for Obama among Hispanics stood at 57 percent, which is down markedly from the first half of 2013, when approval among Latinos soared to about 75 percent.

But ABC News is even more shameless, as the networks often are. ABC skipped all these numbers, including a basic approval rating. On the morning of September 9, George Stephanopoulos briefly noted "Congressional leaders coming to the White House this afternoon as a new ABC News-Washington Post poll out this morning shows more than 7 out of 10 Americans favor airstrikes against the extremist group in Iraq."

In the 8 am hour, anchor Amy Robach added: "And new indications that Americans are losing faith in President Obama. An ABC News-Washington Post poll finds only 38 percent of Americans approve of how the president has handled foreign affairs. Most Americans want the US to launch air strikes against the militant group ISIS in Syria. The president meeting today with congressional leaders to discuss his plan to defeat ISIS."