Whoopi Goldberg to Carly Fiorina: Will You Run 'on Your Christian Beliefs?'

View co-host Whoopi Goldberg on Tuesday demanded to know if Carly Fiorina will base a presidential bid on her "Christian beliefs." The Republican contender appeared on the show and rebutted such attacks on her conservative stances. Goldberg bluntly quizzed, "I assume you're a person who is very, sort of, pro-life and believes in that. Are you going to run as a person going to govern for everyone or are you running on your Christian beliefs?"

After admitting to being impressed with Fiorina in general, the co-host awkwardly pressed the abortion issue: "If you feel that women should have the choice... why do you think choice is not a good thing?"

Earlier in the segment, ex-GOP strategist and View co-host Nicolle Wallace fretted over whether Fiorina was too tough on Hillary Clinton, asserting,"But nothing you say makes more headlines than when you go after Hillary in a way that is satisfying to the base of our party."

She wondered if "you ever worry" that it's too harsh of a critique. 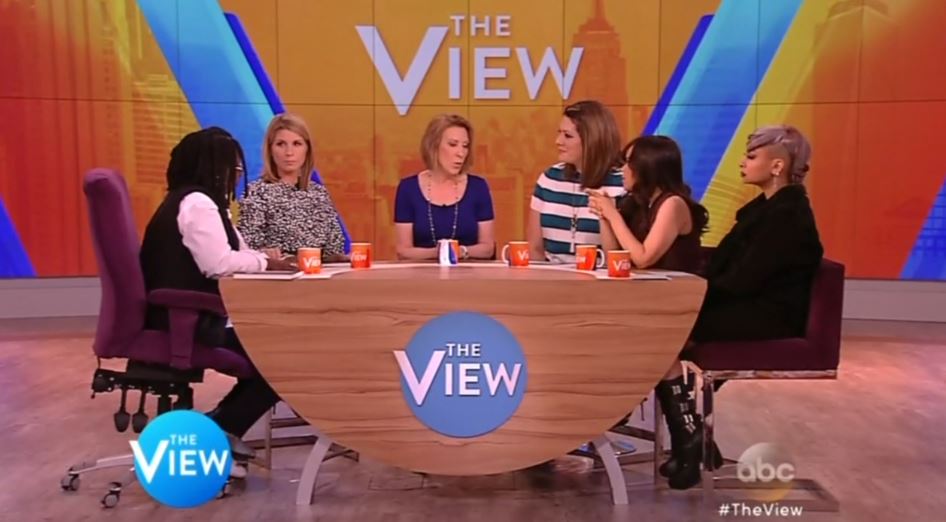 NICOLLE WALLACE: I'm going to talk to you about being a woman in the Republican Party, because I think there's an impression that there's six of us and we all talk and that's not the case. Republicans are half the country and there are a lot of really smart Republican women. I thought your run for the Senate was one of the best in the country during the cycle and I think your run so far in the Republican primary is grabbing tons of headlines. But nothing you say makes more headlines than when you go after Hillary in a way that is satisfying to the base of our party. But I wonder if you ever worry – I watched your avails, the whole thing on C-SPAN. You have the most articulate defense of capitalism. You have the most specific economic message. You have met with all these world leaders but the media is so obsessed with seeing a Republican woman take on Hillary. How do you balance that? 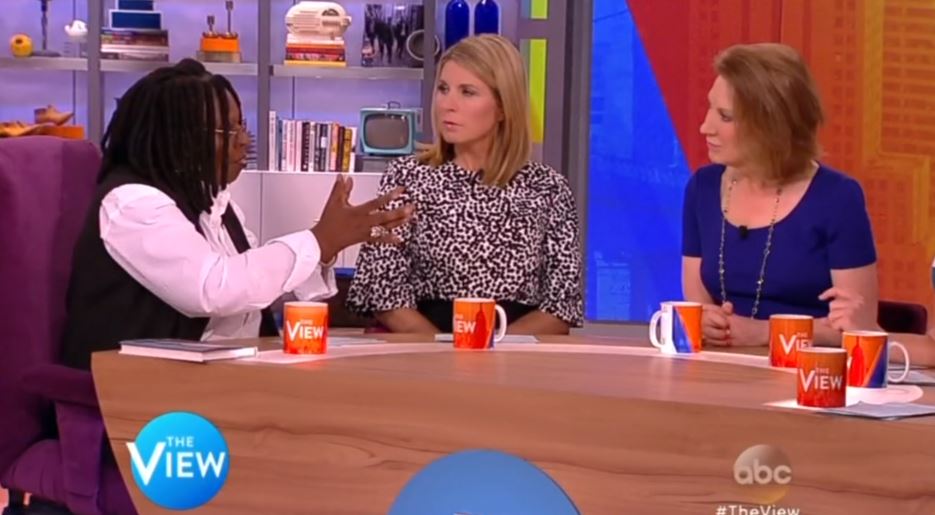 FIORINIA: Well, I think first of all that Hillary Clinton is going to be the nominee of the Democrat party. If you're going to be running for president, you have to contrast yourself, in this case, me with Hillary Clinton. I'm not doing that because I'm a woman or because she's a woman. I'm doing it because this is a race for the most important leadership position in the world

WHOOPI GOLDBERG: You're running -- I assume you're a person who is very, sort of, pro-life and believes in that. Are you going to run as a person going to govern for everyone or are you running on your Christian beliefs? Because I -- you said some wonderful things and it made me ask the question: If you feel that women should have the choice -have the choices, why do you think choice is not a good thing?

FIORINA: Well, look, I think that abortion is obviously a very delicate subject. I happen to believe that science is proving us right. I mean, the zygote – the DNA in a zygote is the same the day you die. But I understand, respect, we don't all agree. We do have common ground on this issue now. The majority of women, the majority of young people, the majority of Americans now think that late term abortion for any reason at all is a problem. So, what I say is let's go find that --

GOLDBERG: I don't think that's actually -- we have to keep --

FIORINA: I think if you read the polls, you would see that.