Joe Biden committed a string of gaffes over the last several days, but they have gone largely unchallenged by disinterested networks. Over the weekend, the Vice President was forced to apologize to the United Arab Emirates and Turkey. This came in the wake of using an expletive to describe his office. On Monday, only CBS This Morning's Charlie Rose reported, "Vice President Biden is apologizing to two American allies this morning for suggesting they helped ISIS." [MP3 audio here.]

He added, "Biden told a Harvard University audience that Turkey and the United Arab Emirates gave money and weapons to militant groups fighting Syria's ruling regime." At the event, the Vice President insisted, "Our biggest problem is our allies. They poured hundreds of millions of dollars and tens, thousands of tons of weapons into anyone who would fight."

ABC and NBC ignored the story and haven't reported on it at all. Instead of covering Biden's gaffe, Good Morning America made time on Monday for sensational topics, such as alerting viewers to the threat of escalators. The ABC graphic worried about a "a potentially dangerous ride." 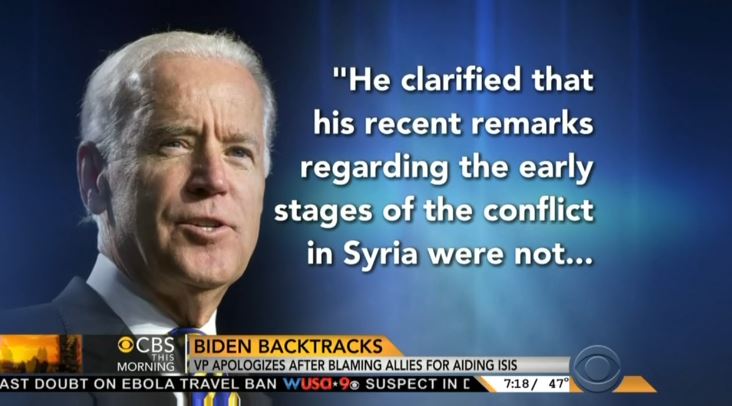 JOSH EARNEST: Well, uh, I'll say a couple things about that. The first is, you know, I think the Vice President is somebody who has enough character to admit when he's made a mistake. 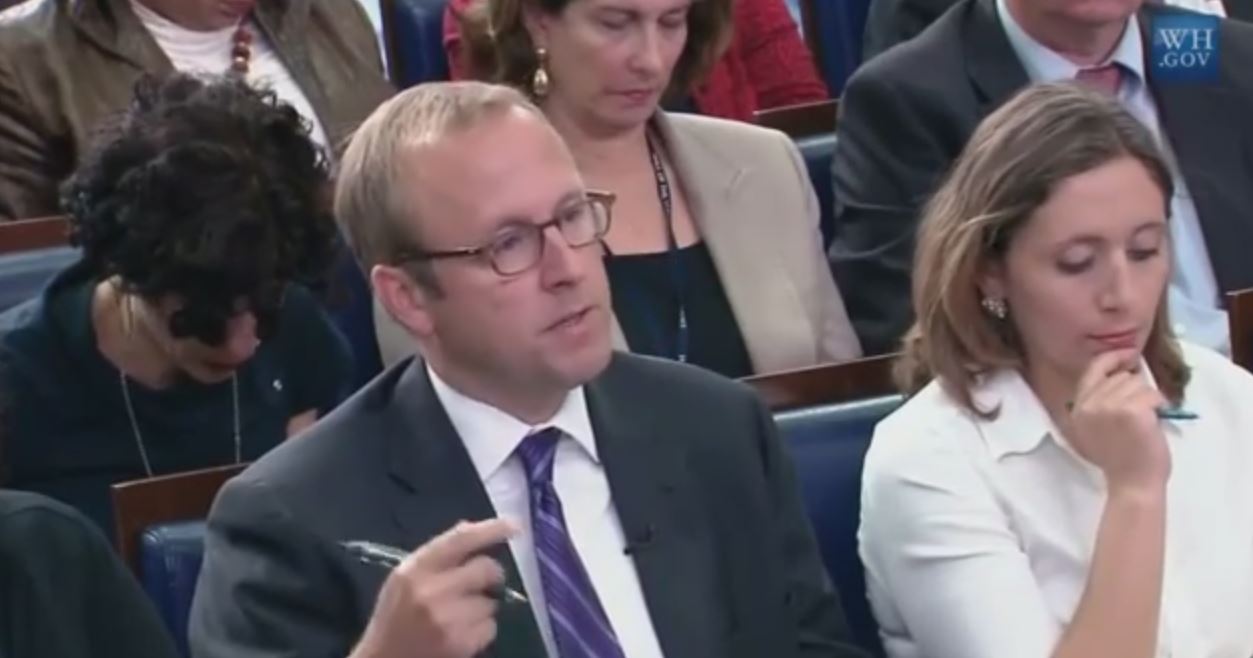 KARL: A lot of mistakes in a short period of time.

EARNEST: He did that both publicly when he produced – when his office generated readouts to these calls. But he also did it privately when he picked up the telephone to clarify and apologize for his comments over the weekend. So, the fact of the matter is that the Vice President is somebody who continues to be a core member of the President's national security team. He is somebody who has decades of experience dealing with leaders around the globe and the President is pleased to be able to rely on his advice as we confront the variety of challenges that are so critical to American national security.

KARL: Has the Vice President also apologized to the President for any of this?

EARNEST: Uh, I don't have any conversations between the President and Vice President to read out at this point. 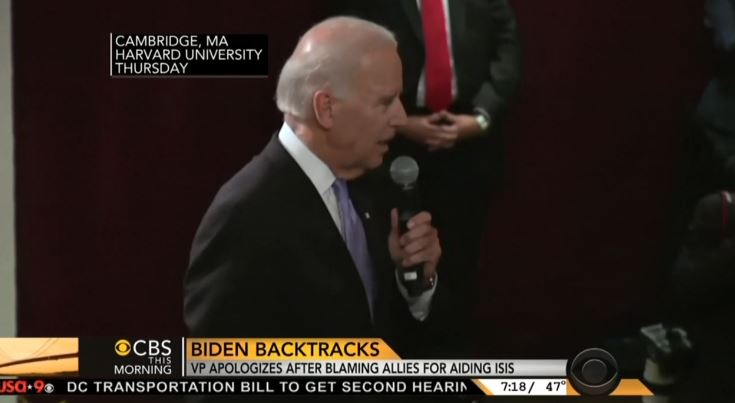 ABC has a history of ignoring Karl's hard-hitting questions. Will his network notice this one?

On Friday, the network offered a brief on Biden's other (recent) gaffe. World News Tonight anchor David Muir wondered, "Up ahead, did he really say that?"

MUIR: Vice President Biden speaking at Harvard. A student introduces himself as the vice president of the student body there. Biden, known for his colorful language, saying, quote, "Ain't that a blank." I can't say it here. Biden quickly following up, clarifying, he was only joking.

A transcript of the October 6 CBS This Morning segment is below:

JOE BIDEN: Our biggest problem is our allies. They poured hundreds of millions of dollars and tens, thousands of tons of weapons into anyone who would fight.

ROSE: Over the weekend, Biden called Turkey's president and the crown prince of Abu Dhabi, an important leader in the Emirates, to apologize. In a statement Biden's office said "his comments were not meant to the imply that the UAE had facilitated or supported ISIL, al Qaeda or other extremist groups in Syria." War planes from the Emirates have flown air missions attacking ISIS positions.